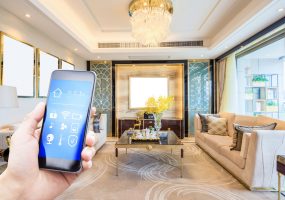 Home lighting is one of the most dynamic elements of a smart home. Over the past several years, it’s undergone some major improvements. Energy-efficient LED bulbs all but wiped out their incandescent predecessors. The operating systems of whole-house lighting solutions went from that of a closed architecture to an open platform to enable cross-communication with […] 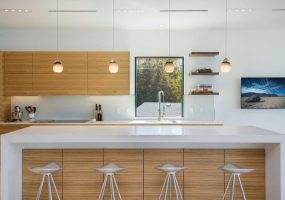 So much happens in the kitchen and bath that it’s often difficult to have the lights at the right intensity levels at all times. When you’re cooking, you need the lights brighter; lower when you sit down to eat. As you apply makeup or shave, you’ll want the lights bright, but when you’re unwinding in […] 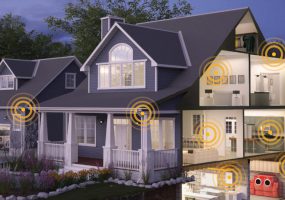 Wireless lighting systems are becoming increasingly sophisticated in capabilities. The Eaton Halo Home is one example of a system that sacrifices none of its new innovation for its ease of installation. The system incorporates some of the trendiest features like voice control through Amazon Alexa and tunable white lighting. The Halo Home lighting system is […] 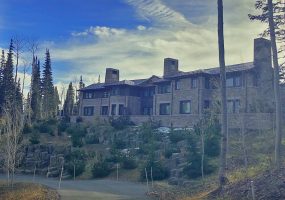 Lighting control systems are noted for their ability to automate the lights in your home. Programmed by a professional integrator and linked to the switches in a home, they can provide a remarkable level of convenience and comfort to a household. But there’s another crucial component to great home lighting: the light fixtures themselves. Fixture […] 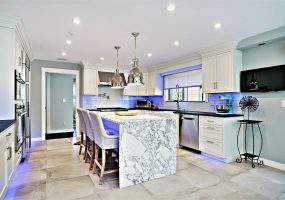 The young couple that bought this New York house decided to do a full-gut renovation and wanted to update the entire house with modern technology. The results are so impressive the project was named the Silver Before & After winner of the 2017 Electronic House Home of the Year Awards. See more award-winning homes here […] 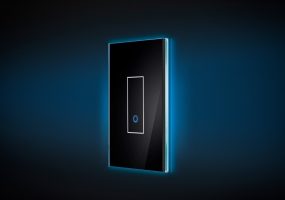 The Smart Light Switch Pro from iotty sure has good looks going for it. A contemporary Italian design makes it eye-catching rather than an eyesore. Plus, it’s built with the ability to be automated so that really all you need to do is sit back and admire it. The switch isn’t available just yet. It […] 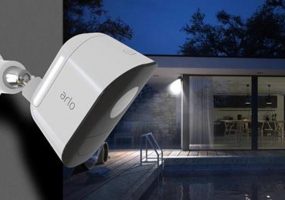 Motion triggered floodlights are an effective way to protect your home from trespassers and vandals. But why not also use your security lights for non-security reasons. That’s the thinking behind the new Arlo Outdoor Smart Home Security Light from Netgear.   Powered by removable rechargeable batteries or an optional solar panel, the wireless Arlo Security […] 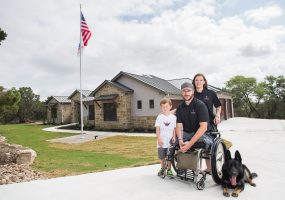 U.S Army Staff Sgt. Lucas David Cifka was on foot patrol in Afghanistan when he stepped on a pressure plate improvised explosive device (IED) that took both of his legs and broke multiple bones. More than 30 surgeries later, Sgt. Cifka decided to settle down in Canyon Lake, Texas, with his wife and son. That’s […] 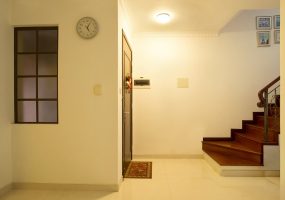 Daylight Savings time: it’s a blessing and a curse. You get to roll back the clocks and relish an extra hour of sleep, but when it’s 5 p.m. and completely dark…well… it’s a bit depressing. The shorter days we’re experiencing don’t have to be such a downer. Now is the time when good lighting in […] 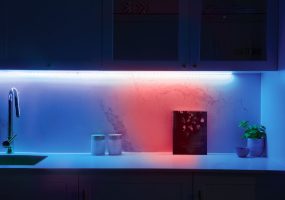 It’s logical to harbor some amount of skepticism for smart light bulbs when their biggest claim to fame is their ability to shine in a “rainbow of colors” and that you can choose those colors from a mobile app. This might be a fun feature that might impress a few friends, but it’s hardly the […]