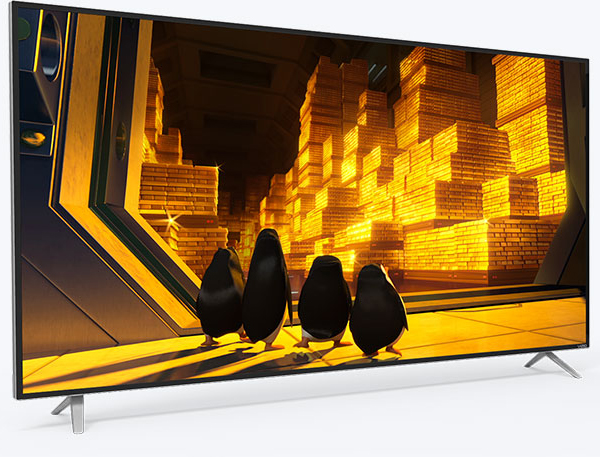 Remember when 4K TVs were first announced? The idea of getting one seemed like a dream. VIZIO wants you to stop scrimping, saving and researching and start buying—today.

Of course, that’s not all. The M-Series has a total of nine screen sizes, ranging from 43 to 80 inches. That means you can put 4K into almost any room in the house. Even when you don’t have any actual 4K content, each set has the Spatial Scaling Engine to upscale whatever HD and full HD content you’re watching to a near-4K image. And that 4K image is four times the resolution of a 1080p HDTV!

All nine sets have full-array LED backlighting with 32 active LED zones (23 for the 43-incher) for better color and contrast. The M-Series also delivers up to Clear Action 720 with a 240Hz effective refresh rate (depending on the model) for smooth action and sports. And Active Pixel Tuning can boost that brightness and contrast even further, by automatically adjusting on-screen details for the best picture possible. Other image highlights include the Pure Cinema Engine, a High Velocity Mode for video games, HDCP 2.0 support, and the latest HDMI 2.0 spec.

Of course, each of these sets comes with all of the web-based perks you’d expect from a new 4K TV. Each set has a V6 six-core processor and 802.11ac dual-band WiFi to help deliver VIZIO Internet Apps Plus, the company’s on-screen smart TV platform. That lineup has all of the entertainment you’d possibly need, including 4K content from Netflix, Amazon Instant Video, UltraFlix and Toon Goggles, as well as services like Pandora, Hulu Plus, iHeartRadio, and more.