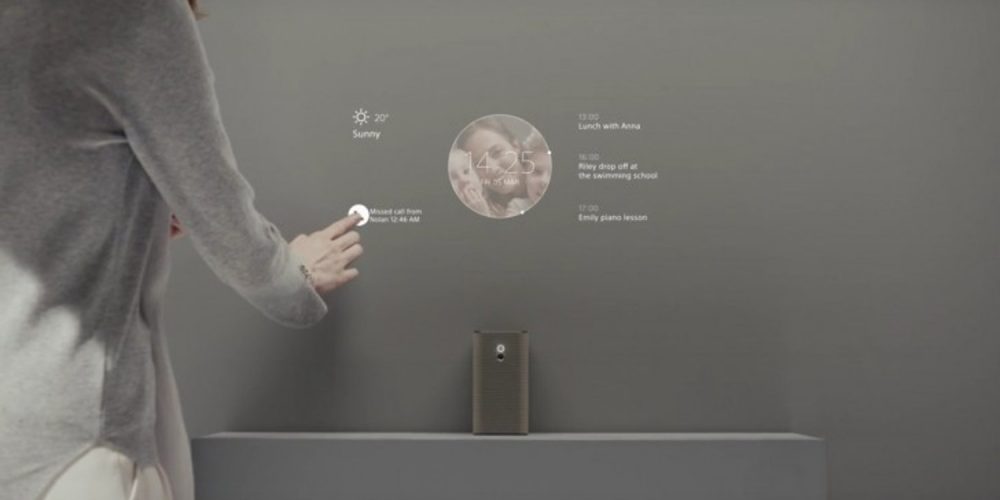 Sony’s Xperia Touch is a short throw projector with Bluetooth, Wi-Fi, and NFC connectivity for easy pairing and streaming. It has 3GB of RAM, 32GB of built-in (and expandable) storage and is driven by a Snapdragon 650 processor. The device also includes a 13MP camera, speakers and a microphone. So far it doesn’t sound too dis-similar to a smartphone or tablet (bar the projector); where the Touch differs is in its combination of sensors and the user interface (UI).

The Touch’s UI is a combination of touch and voice. User can interact with the projected image by touching the surface upon which it projects. Although, this is currently limited to the horizontal ‘table-top’ 23-inch display and not the vertical ‘wall’ 80-inch display, not that this is an issue as the natural surface for touch is horizontal rather than vertical.

We tested a number of standard Android apps and the response was more than quick enough for general control and command functions, including fast moving games like Fruit Ninja and fine control apps like edjing Mix. The voice interaction is via one of two VPAs (virtual personal assistant), as Sony recognizes that consumers will want to use their preferred VPA rather than be dictated to by the manufacturer. As such, it offers its own Sony Voice Technology or Google Assistant, which the user can install if they wish. A firmware update due later this year will add to this with the introduction of ‘Minority Report style’ gesture controls. The user will no longer have to touch the surface to interact, they could wave, swipe, flick or click in the air and this will work in both table-top and wall modes, adding a new dimension to the UI.

One of the challenges facing Sony will be how it is positioned and how it is perceived by consumers; especially given its price point of €1,500 (around $1,950) As a new type of device, offering new features and a unique combination of capabilities, it certainly has the wow factor; but is it enough to attract buyers away from alternative devices? Sony thinks so and we agree that there will be high-end buyers, both consumers and businesses, to which it will appeal. The ability to ‘skin’ the interface and tailor it to dedicated applications for a given setting, e.g. a hotel, or another public space like a school or airport, would expand this further.

It’s not a private device as it is too visible/audible, and it’s not as personal as a smartphone. We see it as more of a shared device, offering collaborative and interactive use, whether video, audio, chat, gaming or for ad-hoc searches, reminders, information and instructions. The coming updates will add a new dimension and we could see app developers start to tailor apps for the Touch, which should increase its appeal. As a new type of consumer electronics product, it remains difficult to categorize, but once you use it you can see clear benefits.

As an analyst who gets to see a lot of products it certainly offers a unique experience and shows a potential direction for the integration of sensors and UI in new form factors for the smart home. And you don’t get to say that too often.

So where and how does the Xperia Touch fit into or alongside existing devices and will it impact them in any way? The easy answer is to say that because it is effectively unique that it is an all-new device category and will sell in its own right. However, with our market coverage we do not believe that it is as simple as that. 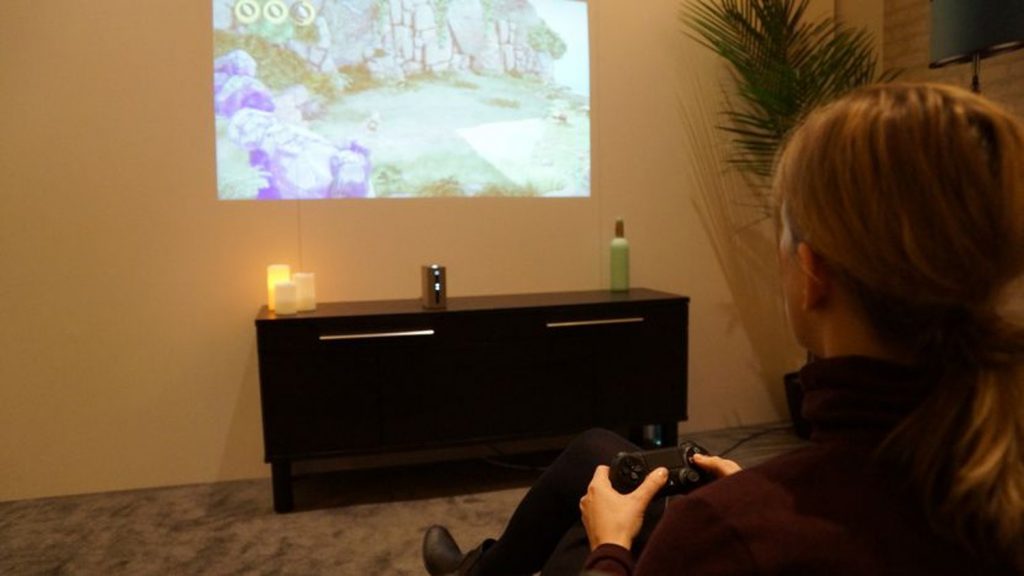 There are use cases outside of consumer electronics where Futuresource can certainly see it as having potential without minimal impact or cannibalization of other devices. The clearest example is as an enterprise device where it can be used for interactive presentations and viewing, either in a meeting room or boardroom. It is not highly portable but it is portable to some extent and does feature a one hour battery-life, although most uses would see it plugged in to a main power source.

In this use case, the Xperia Touch could affect enterprise tablets and projectors where portability is not a primary requirement. It also opens up new applications and offers an interactive control point but this would require the ability to add a customized ‘skin’ and possibly a dedicated app tailored to allow check-in, enquiries, information search, placing of food and drink orders, etc.

In the home, there is certainly an overlap with other devices. Although not a music-centric device, its speakers and audio quality are good and the Xperia Touch could be used in place of a smart speaker such as Amazon’s Echo or Google’s Home. We would assume Touch’s development roadmap would leverage Sony’s strong heritage in audio to exploit this device’s potential as an infotainment hub.

Similarly, it offers almost all the functionality of a tablet with additional enhancements to how it is used (the fact that you interact with the projected image rather than a screen means it is well suited to being in the kitchen), but the lack of portability and battery life do present some limitations. However, it can offer much of that with the addition of a large screen.

So, while it is unlikely to replace a dedicated TV it could well offer that capability in another room along with the other functions of a tablet, smart speaker, projector, etc.

Generally, Futuresource believes that the Xperia Touch will have a limited impact on the other devices. Instead, we believe that it is more likely to be a centerpiece for the smart home, operating in a fixed ‘hub’ central location in the home, such as the kitchen or lounge, where it can be used by multiple people for common/shared applications within the house.

Due to its relatively high price point, it will appeal to those wanting something new and different or with a need to offer multiple device capabilities and functions in one. Particularly in the early days, it will likely be used alongside those other devices rather than in their place. Over time this may change with less need to replace the other devices.

Overall though, we see this as a halo device for the smart home and with its clever packaging of sensors and multiple user interfaces, it neatly demonstrates Sony’s new direction for its smart products. We would not be surprised if much of this evolves or is replicated over time (as the cost of the technology and components declines) with it being integrated into other smart home appliances and devices.