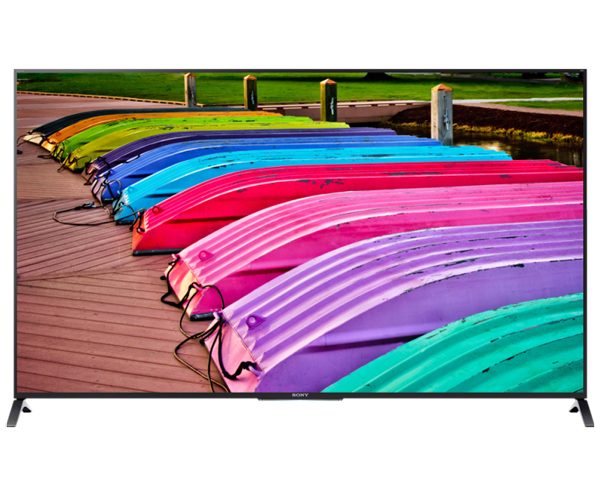 Typically, the world’s “best 4K TV” and “affordable” don’t usually go in the same sentence. However, Sony Electronics: is bringing all of those words together to describe its new XBR-X850B 4K TV Series.

When Sony first debuted this lineup back in January, the company was calling it “an entry-level 4K Ultra HD TV.” We’re just calling it an awesome 4K TV. All four of the models in the series come packing that 4K image with 8 million pixels, which translates into four times the resolution of your old 1080p HDTV.

Each one also comes with the 4K X-Reality PRO picture engine, which can upscale existing movies, sports and TV shows to the type of image you start demanding when you’re a 4K TV owner. It even promises to boost YouTube and smartphone clips to something slightly more respectable.

Other image perks include the TRILUMINOS Display for awesome colors (lots of them!), Motionflow XR 240, and 3D features. (Sony even throws two pairs of 3D glasses into the box, so you can enjoy the latter right away.)

However, this big, beautiful 4K TV doesn’t just put up some amazingly pretty pictures. It perfectly answers the question, “What can you do on a Smart TV?” In fact, it has enough Smart TV features to keep you shielded from the outdoors for a good few days. The XBR-X850B Series comes packing the latest codecs for streaming 4K from services such as Netflix. It even has built-in access to PlayStation Now, so you can play PS3 games on the TV without an actual console. (Just know that you’ll need WiFi and a controller.)

If you need to feed that 4K fix a little more, this set is compatible with Sony’s 4K Ultra HD Media Player, which also goes by the name of FMP-X10. This little box will cost you an extra $699.99, but puts a ton of new and classic movies, as well as TV shows, at your fingertips, all in 4K and all from the company’s Video Unlimited 4K service (which is soon to be re-branded as PlayStation Video).

Other features include NFC OneTouch Mirroring, MHL 3.0, Social Viewing options, and built-in WiFi. Besides the 3D glasses, each of these new sets also comes with the “One-Flick” remote, which can instantly pull up favorite TV channels, online videos, networked photos, and more.