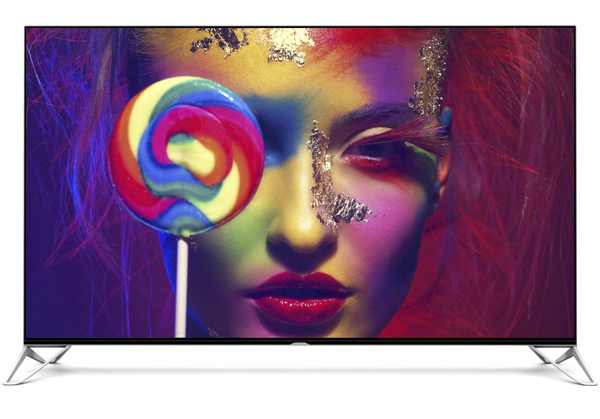 Still pining for a 4K TV? Sharp is so beyond that. In fact, the company is planning to launch the AQUOS: Beyond 4K Ultra HD TV sometime in the near future.

The AQUOS Beyond 4K Ultra HD TV promises to be the highest resolution TV available this year. It delivers on that promise by using Sharp’s proprietary pixel splitting and Quattron technologies. What that basically means is that this TV can split all of the red, green, blue and yellow pixels into 66 million subpixels, which translates into “167 percent greater resolution than a traditional 4K UHD”—or 42 million more pixels, if you’re counting. That’s like getting an 8K TV!

Of course, it’s not 8K, but it’s certainly interesting. A few of the set’s other features include Sharp’s Revelation Upscaler for HD and 4K content, the SPECTROS Rich Color Display, High Dynamic Range technology for streaming 4K, and a full array LED with local dimming for deep blacks and white whites.

Available as a lone 80-incher, there’s no word yet on the set’s other features, such as audio enhancements or even smart TV. We can’t imagine that they’d ship this thing without those perks, though (especially the smart TV, given the set’s HDR features). Expect to see some clearer details when the AQUOS Beyond 4K Ultra HD TV ships later this year. Look for pricing to be announced closer to the ship date.