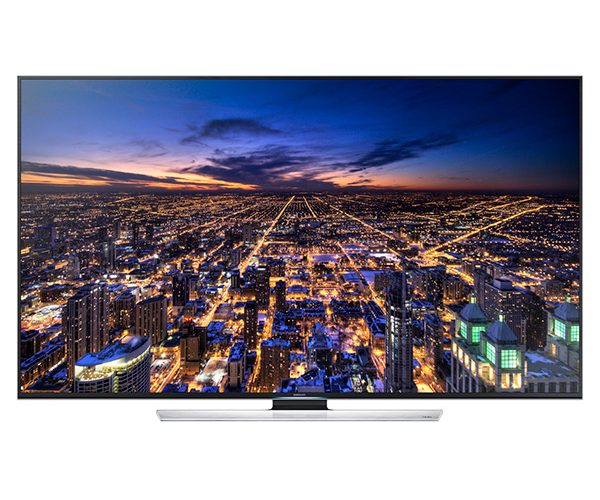 With Ultra HD sneaking into the mainstream, we’re starting to see more 4K resolution TVs in more sizes. However, nothing beats a 4K picture on a big screen—like a really big one. Thankfully, Samsung has packed that eye-popping picture (and a lot of other perks) into the 85-inch UN85HU8550.

It’s not the biggest 4K TV that we’ve seen, but it’s certainly not a tiny screen, either. Of course, it has the 3840 x 2160 4K resolution, which is four times the image of a full 1080p HDTV. However, this set has plenty of other image perks. The first is a little something called UHD Dimming. This feature can scan the number of zones in the on-screen image and adjust the brightness accordingly. Also helping to make that picture pop is Precision Black, which boasts a better contrast and darker black levels, all by dimming the darkest area of the picture.

Once you get used to watching content in 4K, it will be hard to accept anything less. That’s probably why Samsung has included UHD Upscaling. This promises to upconvert SD, HD or full HD content to UHD-level picture quality.

The 85-inch UN85HU8550 also has Wide Color Enhancer Plus for brighter images, a quad-core processor, and built-in WiFi for tapping into the set’s smart TV platform. All of those web-based features are organized nicely into Samsung’s Smart Hub, which compiles everything into five panels on the home screen. This makes navigating through that endless amount of content a lot easier because it organizes it all into content that you actually care about.

Want to go big with that Ultra HD TV purchase? Check out our list of TVs over 70 inches with a 4K resolution.