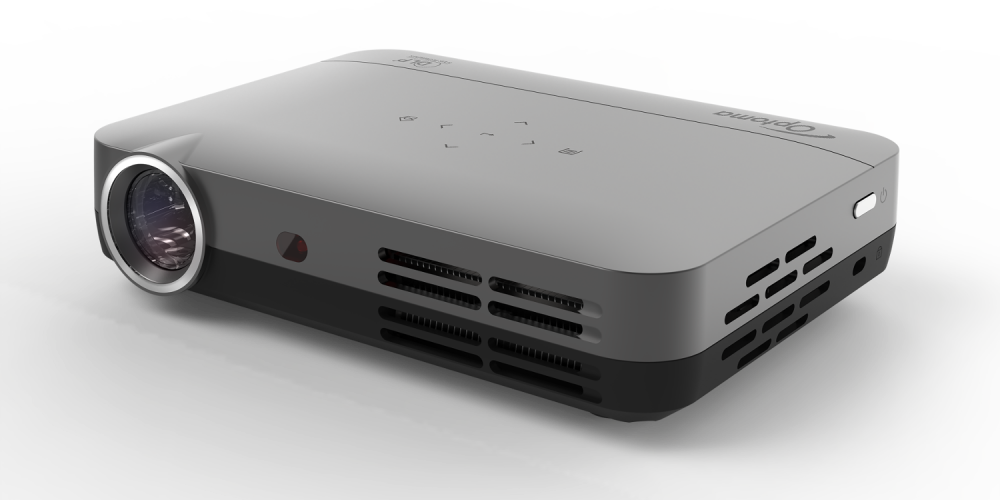 If you are looking for a portable video projector with a range of features for both entertainment and business applications, you have probably come across the Intelligo by Optoma. Out of the box this projector comes with a very sturdy carrying case, some A/V cables, an HDMI cord, a power adaptor, and a remote. The projector itself is fairly small and easily portable, with a matte silver, plastic construction. While it may not feel quite as nice as a piece of metal, the plastic allows the projector to remain light, which is good for carrying it to a business meeting or to the back yard. Furthermore, it has rubber feet on the bottom to prevent it from slipping around wherever it is placed. 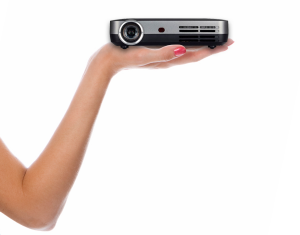 The setup for the Intelligo was quick and painless. It runs a heavily modified version of Android, which means that it has an extensive GUI (graphic user interface) to use. The setup seemed to want to be used with the remote, which while it feels good in the hand and has very good button placement, has its share of obstacles. The IR receiver on the projector is on the front of the unit, so when sitting next to it or behind it, you will be craning around to get the remote to work properly.

The first step in the setup is to connect to the WiFi, which was super quick. However, I did find that upon a restart, it took a very long time to reconnect. After a quick setup, I headed straight to the Android Play Store for some fun and downloaded Netflix to give the projector a go.

The projector proved super simple to use, as you can plug a PC or cable box into it, or you can use the built in apps. Moreover, the app I mainly used was Netflix, as most other scenarios were simply easier with a PC. I found that while the quality of the screen the projector threw out was okay, it did not get super bright, so if there is an ambient light issue, you will have trouble seeing images rendered by the projector. It also is only 720p, so the resolution is not as high as other readily available technologies. Furthermore, the built-in speaker is completely unusable. My unit had a rattle in it, and the speaker was very soft and muddy sounding. It also did not get nearly loud enough to fill the room where the projector was being utilized. 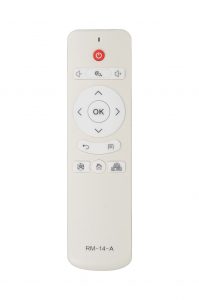 However, being able to use Netflix on a near 100-inch display without needing to buy an expensive TV was very nice, and quickly became something of a creature comfort. I did find that a lot of the apps threw an error regarding Google Play Services and then restarted, so the software could definitely use some work. For the latter half of my testing, I plugged a Beats Pill into the aux port on the back, and used my laptop over HDMI to see how it would perform in a more business-like setting. Viewing PowerPoints or short videos on the projector is a breeze, and is one of the few situations where it is genuinely better than having to plug a laptop into a TV.

Overall, this projector is pretty good, and comes with all the features that a very nice Smart TV would have, but at a fraction of the cost, plus it is far more portable for an on-the-go user. While the display is only 720p, for a portable projector, it is very nice, and I can safely recommend it to people who are in the market for this niche product.