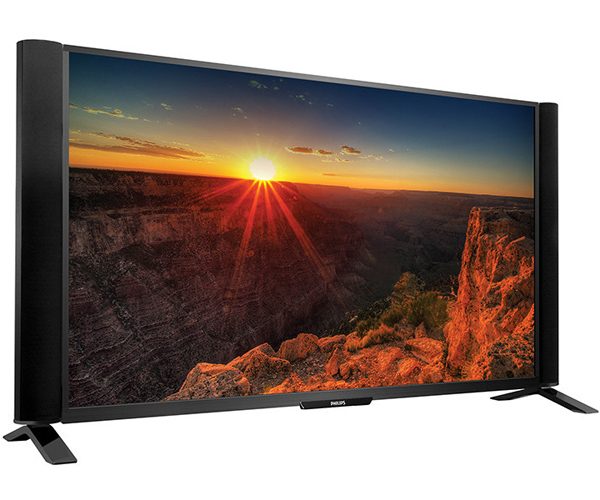 Pretty much every TV manufacturer on the planet has some type of 4K resolution TV offering these days. In fact, companies are starting to release 4K TVs in different screen sizes—with affordable prices (some of them, anyway). So where the heck is Philips? The company is actually still making TVs, and soon, they will be offering 4K Ultra HD TVs as well.

Back in January, Philips was at CES 2015 in Las Vegas, showing off laser-powered 4K resolution TVs. According to our friends at Big Picture Big Sound, these TVs use a laser light source to do all of the backlighting business. More specifically, it uses a red laser, along with cyan LEDs.

Besides the laser-powered technology and a 3840 x 2160 4K resolution, each one of the upcoming TVs will include a 240Hz motion rate, built-in WiFi, plenty of smart TV perks (including 4K Netflix and YouTube), and three HDMI 2.0 inputs with HDCP 2.2 support. Each set also has detachable side-mounted speakers, with vertically powered tweeters, a front-firing tweeter, a mid-low range driver, two passive radiators, and 60 watts of amplification.

Looking for even more 4K Ultra HD TVs to ogle? Check out our report on “More 4K Ultra HD TV, OLED and Nano Crystals Coming to 2015 TVs” and maybe even pick out a few big sets from our list of “8 Ultra HD 4K TVs Over 70 Inches.”