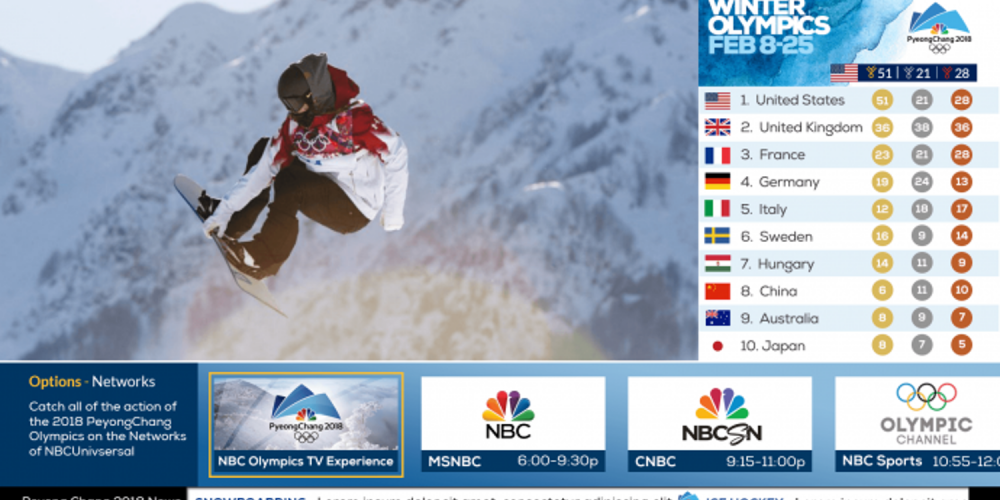 Anything is better when viewed in 4K, and in a few days, thanks to Dish, you’ll be able to watch NBCUniversal’s 4K High Dynamic Range (HDR) coverage of the XXIII Olympic Winter Games from PyeongChang, South Korea. Dish subscribers will also have access to 2,400 hours of live, on-demand streaming coverage—the most ever for a Winter Games. Dish customers must have a Hopper 3 and 4K HDR TV to access Dish’s special Olympic coverage.

“For the first time, the Winter Olympics will be available in 4K HDR, marking an exciting milestone for both the TV industry and Olympic viewers,” says Vivek Khemka, Dish executive vice president and chief technology officer. “We are pleased to work with NBCUniversal to give customers access to this year’s Olympic performances in the clearest resolution and richest color palette, available.”

The 4K coverage will be available on one-day delay and include footage of the Opening Ceremony, figure skating, hockey, short track speed skating, ski jumping, and snowboard big air. Up to three events from the previous days’ competition schedule will be provided daily on Dish channel 540 from Feb. 10 through Feb. 26.

Other Olympic Offerings from Dish

Sports Bar Mode: This is a tool fans can use to watch multiple events airing simultaneously. Available on Hopper3, Sports Bar Mode is a multi-channel view that divides a 4K or HDTV screen into four quadrants, each with the ability to show a different program.