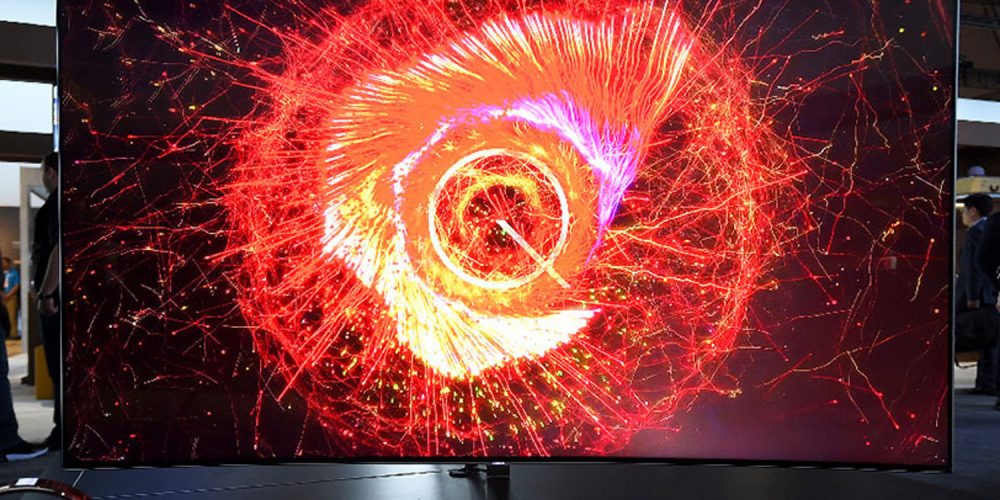 If you’ve shopped for a TV lately, you’ve probably noticed a whole host of acronyms, QLED being one of the newest. One of the first manufacturers in the ring with a QLED TV is Samsung. So what what exactly is a QLED TV and how does it compare to an OLED TV?

What the Heck Is QLED?

QLED is a new display technology launched by Samsung, although it’s a little misleading to call it entirely new. It’s a technology that Samsung has been utilizing for the past two years and it still uses LCD panels.

While the QLED nomenclature is new, Samsung has confirmed that the acronym stands for Quantum Dot LED TV. It’s likely that Samsung opted to use the QLED acronym as it’s an easier than saying the full name; although it’s also easy to confuse it with OLED technology.

Unlike OLED, QLED isn’t an entirely new display technology. It still needs an LCD panel in order to function, although the name has been chosen to explain more than just the fact that it comes equipped with quantum dots.

QLED encompasses all of the variations of quantum dot,  just as OLED encompasses a whole range of different architectures for organic light-emitting diodes. OLED can mean a TV that utilizes either passive or active backplanes, and emissive layers that are composed of white emitters with RGB or RGBW filters, or with direct RGB emitting materials and no color filters. That’s why not all OLEDs are created equally, and the same will be true of QLED.

True AV nerds will know the difference between emissive and transmissive, but the average consumer won’t. There is a large difference between the two technologies, however. OLED is “emissive,” meaning the pixels emit their own light, while QLED is “transmissive” in that it relies on an LED backlight. The latter is how Samsung is using quantum dot technology at the moment. That’s why on Samsung’s QLED TVs, you’ll find a film of quantum dots between the LED backlight and the LCD layer.

Samsung is working on an improved version of QLED which will bring it closer to OLED. The company is hopes to make the technology emissive – meaning the quantum dots will be a light source of their very own, allowing Samsung to remove the LED backlight.

That’s still some way off, though, so Samsung is sticking with its existing technology for the time being, although it has been upgraded for 2017 – boasting better color reproduction and a higher brightness.

The emissive variant of QLED should be more akin to current OLED models than the QLED TVs on the market in 2017. That includes the ability to match the absolute black levels and the infinite contrast ratio, which OLED boasts. They’ll also have better power efficiency and better colors.

OLED TVs are currently highly regarded for their picture quality and deep blacks, and that’s not surprising. Unlike most TVs, OLEDs can turn on and off individual pixels, rather than simply dimming the area. That means that blacks actually look black, rather than a grey-ish hue.

In standard dynamic range, OLED TVs will have QLEDs beat almost every time. The black levels will be deeper, the infinite contrast ratio will lead to a better picture, refresh rates are significantly better and OLEDs boast a good viewing experience no matter where you sit.

In fact, Samsung is prepared to crack out the spec sheet in its fight against OLED. Samsung claims a boost in peak luminance up to 2,000 nits in highlights, which outstrips LG’s claim for its 2017 OLED TVs by 2:1.

OLED TVs have been quick to adopt the Dolby Vision HDR standard, which users currently can’t enjoy from the equivalent QLED TV. That’s not to say there’s a need to have an OLED to enjoy Dolby Vision – Sony’s ultra-bright ZD9 supports the HDR standard, while its 2017 line-up will also add it. That includes the LCD models.

There are a few design benefits to OLED over QLED. Those who have seen LG’s Signature OLED TV W will know exactly what that means, with it boasting a thickness of just a tenth of an inch. That’s significantly thinner than the quarter-inch thickness of the flagship Samsung Q9 QLED TV.