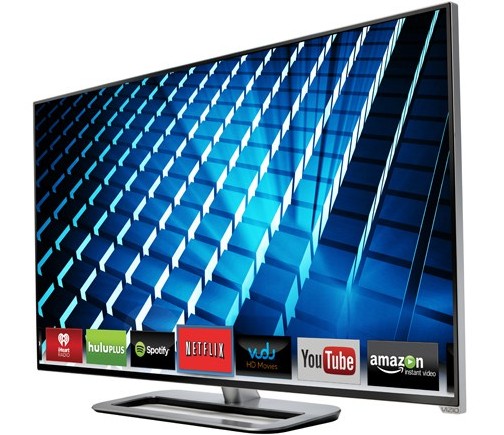 Ultra HD or 4K TV is here, but is it really ready for prime time? HDMI 2.0 and HDCP 2.2 are just coming into view, so if you’re wondering should you buy 4k right now, you’re not crazy. 99 percent of the TV content available is for HDTVs, and you can get a great-looking 1080p smart TV now and great HDTV deals too. Bottom line, before jumping in to the 4K Ultra HD world, do your research and be sure you buy something that’s prepared for the newest versions of HDMI and HDCP to ensure future hardware and software will work. (How to get the best Flat screen TV)

If CES proved anything this year, it’s that 4K is certainly planning on sticking around for a while. While 3D has stalled (or worse, depending on who you talk to) and the verdict is still out on the general consumer’s response to curved displays, 4K is something people seem to be ready to sink their teeth into.

But how ready?
There’s no doubt 4K displays look amazing when given the content to shine, but therein lies the rub – content. Availability is one issue. There’s some streaming options out there, but bandwidth could be an issue for some people. But let’s be honest, you likely don’t want Netflix being your only source of 4k content. Sure, some TV manufactures will sell you a $300 box pre-loaded with movies, but that’s still slim pickings.

But it’s not just about finding content, it’s about being compatible with future content. HDMI 2.0 and, more importantly, HDCP 2.2 are likely to be linchpins in the future of 4K content distribution, but if you’ve been paying close attention, you might have noticed that the hardware isn’t always ready to play along, especially with the new protection policies of HDCP 2.2. (HDMI Gets Updated for the Latest 4K TVs)

Which leaves today’s TV shoppers with a decision: Roll the dice and buy a 4K set today and hope that it plays nice with the future of 4K content, including the 4K Blu-ray spec that should be rolling out later this year or in early 2016, or stick with a 1080p smart TV and maybe even save some coin in the process. If you fall into the 1080p camp, we’re here to help.

What to buy instead of 4K
Depending on your needs, there’s a few routes you could take if you decide to hold off on 4K for now. If you’re planning to install a projector in your room, now might be the time to hold off on that purchase and buy an inexpensive 1080p smart TV. The bonus with this route is that you can hang that set behind a retractable screen and give yourself some flexibility once you install your projector (the kids’ Minecraft marathons don’t need to burn up your lamp life).

If you’re looking for something with a bit more longevity, here’s a few sets to consider as an alternative to jumping into the 4K pool right away.

Full array LED backlighting at this price point is virtually unheard of. The Vizio E-series LED TV is a bit cheaper (and might be an option for a backup TV in a dual-screen setup like mentioned above) but it lacks the same full array backlighting of the Vizio M series, which has garnered a lot of praise and earned many editor’s choice awards throughout the industry. It’s available up to 70 inches (MSRP $1799). Fans of 3D take note, Vizio has all but dumped the feature from its 2015 sets, including the M-series line.

The first widely available, large-size (55”) OLED 1080p smart TV is a stunner. The LG 55EC9300 is crazy thin at just .17”, uses webOS for one of the better smart TV software setups, and features all the bells and whistles one might expect from a flagship set. It won’t come cheap, but this set really shows the hype surrounding OLED is real. This set has even beaten 4K sets in head-to-head picture competitions like the one held annually at Value Electronics. (Available on Amazon)

This IPS-paneled LG LED HDTV set was just called “one of the best Smart TV of 2015” by Electronic House. That panel lends itself to wider viewing angles, and for those of you looking for 3D – which the Vizio M-Series lacks – the LG brings that to the table, too. It also features LG’s Micro Pixel Control local dimming and Dual View to allows you to play two video games at the same time using a set of LG glasses. Also available in 65” (MSRP $2599) and 70” (MSRP $3099). (Available on Amazon)

The last best plasma TV ended up also being one of the last, period. For the first time ever, 2015 sees a year when no major manufacturer is building plasma TVs. OLED is the new hope for black-level purists. That said, the Samsung F8500 is still available, get it while you can. The 64-inch version MSRPs for $4399, but your pricing mileage may vary as these now endangered sets are depleted. Much praise was heaped on this Samsung plasma when it came out in 2013, with comparisons to the vaunted and now legendary Pioneer Kuro line not uncommon. Also available in 60 and 51-inch sizes.