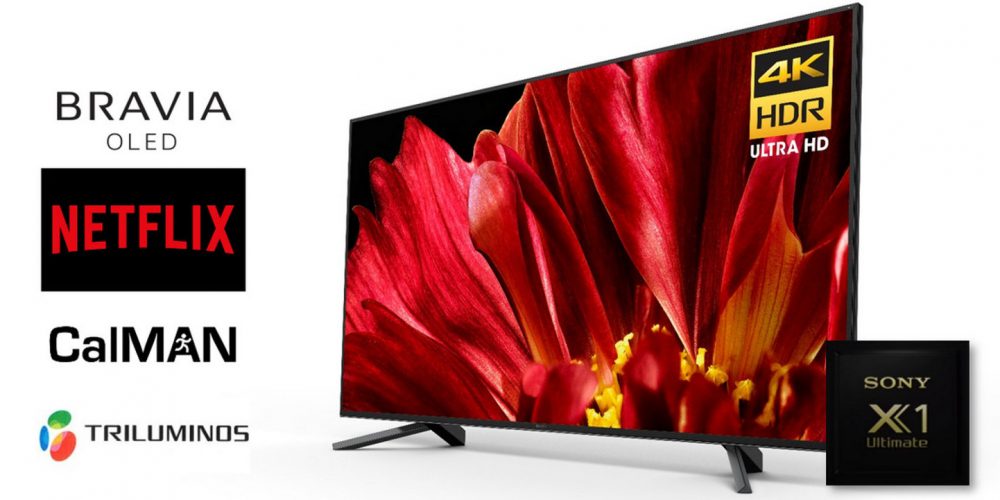 Sony is ratcheting up the performance of its flagship 4K Ultra HD TVs with its first Bravia Master series of OLED and LCD TVs, all featuring an industry-exclusive Netflix Calibrated Mode that optimizes video quality for Netflix content.

In the Netflix mode, the new Android-powered TVs reproduce streamed content with the same picture quality of a movie studio’s post-production reference monitors, the two companies said during a recent press event.

The A9F OLED TVs will be available in the fall in 55- and 65-inch screen sizes along with the Z9F LCD TVs in 65- and 75-inch sizes. Prices of the smart TVs weren’t disclosed.

To prove it, Mirer brought in “Lost in Space” executive director Zack Estrim to vouch for the image quality.

In a product demo, his Netflix series was rendered “exactly” as intended, he said. “It was the first time where I really felt there was no compromise.”

Mirer added: “Before, consumers could fiddle with controls to try to get what Zack intended.”

Now, with just the press of a button, they “know with confidence” they’re viewing what the director intended them to see.

More than a Pretty Netflix Picture

Estrim explains that a perfectly rendered visual is more than just a nice image. Accurate color, high contrast, and resolution “can really affect storytelling,” he says.

Content creators should be heartened by the new Sony displays, which showcase “the full experience that we do” on a mastering monitor.

The user-selectable Netflix Calibrated Mode is intended for use with any of Netflix’s HD, 4K and 4K HDR content, whether produced by Netflix or by other studios. When the mode is activated, the displays change their settings “to match the studio-monitor setup,” says Robert Brennan, Sony’s senior product technical trainer.

The 55- and 65-inch Z9D TVs will be retired to make room for the new flagship LCD TVs, but the 100-inch Z9D model will continue to be available, a Sony spokesman says.

Sony did not say whether the Master Series would be expanded to additional screen sizes in the future.

Also improving color, contrast and resolution is a new, more powerful processor for the four TVs.

With the extra power, the TVs identify every object appearing in every frame on the screen, reference them to an internal database of objects, and then reproduce each object with more accurate contrast and resolution, says Sony’s Brennan.

In contrast, Sony TVs with the previous-generation X1 Extreme processor identify up to 16 unique objects in a frame. In the case of X1 Ultimate, each individual grape in a bunch of grapes would be treated as an object rather than the whole bunch being treated as a single object, Brennan explains.

In the OLED models, Sony added Pixel Contrast Booster technology to maintain color accuracy as the picture gets brighter.

All four of the new Sony models feature HDR 10, Hybrid Log Gamma, and Dolby Vision, the latter via a firmware update. Sony didn’t reveal the TVs’ color gamut as a percentage of the DCI P3 standard nor reveal the TVs’ brightness range in nits.

All four Master Series models are the first Sony TVs with HDMI eARC. The output steps up bandwidth to pass through high-resolution soundtracks – including Dolby TrueHD, DTS HD Master, and eight-channel 192kHz/24-bit PCM – from the TV’s HDMI-connected sources to eARC-equipped audio products such as sound bars.

Sony plans eARC firmware updates in the future for its current soundbars, the HT-Z9F ($899) and HT-X9000 ($599), which decode high-res soundtracks along with Dolby Atmos and DTS:X object-based metadata.

Sony didn’t say whether some of its current TVs are capable of getting eARC via firmware updates in the future.

Both technologies enable voices to emanate from the relative on-screen positions of the people speaking and pan sounds across the screen to track moving on-screen objects.

Acoustic Surface Audio Plus enhances localization via three behind-the-screen actuators to vibrate the OLED panels, enhanced by two woofers firing off to the sides. That’s up from two actuators and one woofer in the previous version of the feature.

Like Sony’s other 4K smart TVs, the new models run on Google’s Android TV OS and feature Chromecast built-in. The new models will ship with the latest Android TV OS, called Oreo. Other select Sony smart TVs will get Oreo as a firmware update at a later date, Brennan says.

The TVs can also be controlled via third-party Amazon Alexa and Google Assistant products.