What Do We Know About TCL's 4K Roku Smart TV? - Electronic House ​​ 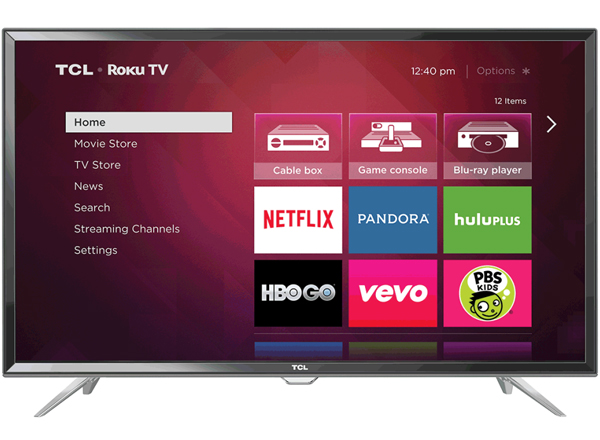 So many 4K Ultra HD TVs are coming out this year. But which will be the best 4K TV? That remains to be seen, but we certainly know which one will offer the most entertainment options right out of the box.

Back in January, we heard about all of the 2015 plans for Roku TVs at CES 2015. However, the most interesting of those announcements is that TCL is planning to make an Ultra HD version, so there will be a 4K Roku TV sometime this year.

In case you didn’t know, Roku TVs are Smart TVs that have the Roku platform built right into the TV. There’s no media streamer box or dongle needed. All 2,000 channels can stream right to the TV, with a web connection. (And of course, any subscriptions and/or fees that may be required.)

At this point, not that much is known about the 4K Roku TV. We do know that TCL is the first Roku partner to work on a Roku TV 4K model, with Netflix being named as the company’s initial 4K content partner. That shouldn’t be too much of a surprise, considering how many other 4K-capable products are streaming the popular service. What is surprising is that none of Roku’s stand-alone media streamer products is streaming 4K. However, with the Netflix partnership, it’s safe to say that will change sometime soon.

Also, the new set will include TCL TV+, a combination of display and processing technologies to help users navigate through content easier and faster. Other features include multimedia sharing, a smart remote control, and an electronic programming guide.

TCL plans to offer a total of 12 new Roku TVs this year. (Haier, Insignia and Hisense also have models in the works.) Despite being named as the flagship model for the year, there’s no word on when TCL plans to release the 4K Roku TV—and at what price.

Read about the latest trends in 4K Ultra HD and smart TVs for 2015.