What is HDR and Why is it Important in 4K TVs? - Electronic House ​​ 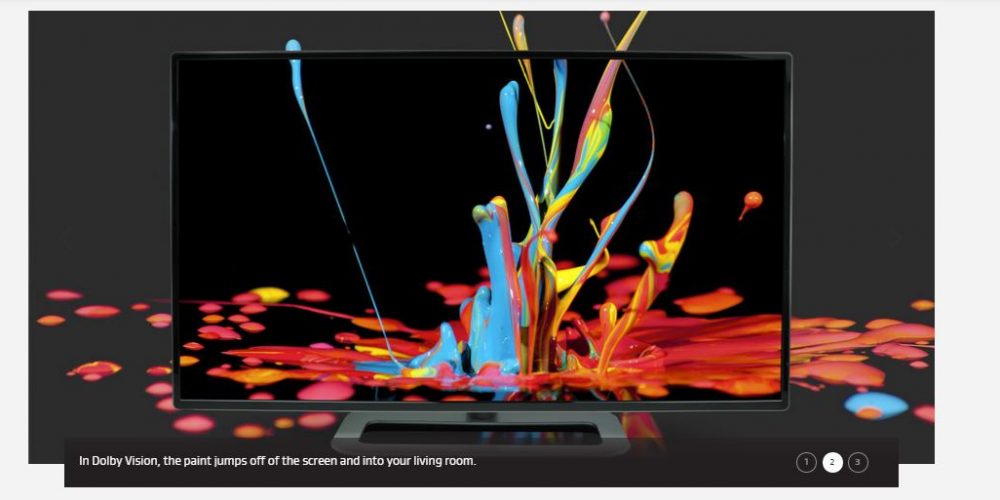 Lately the term HDR (high dynamic range) has been popping up in some of our coverage of new 4K TVs, and soon, if not already, you’ll hear the phrase bounced around at electronics stores and dealer showrooms. So what, you’re probably asking, is HDR for TVs and why should you care?

HDR or high dynamic range, is actually pretty simple, though the steps to create it may be more complex. In a nutshell, the dynamic range of a TV is how bright and how dark it can get. A TV with HDR capabilities can display a much greater range between the whites and blacks in the picture. This is essentially the same thing as a high-contrast ratio, but the TV industry needed a better, snazzier term, so we get HDR.

Don’t get HDR in 4K TVs confused with the HDR photo app on your iPhone. In photos, particularly cell-phone photos, HDR apps tend to produce odd, though dramatic-looking, over-saturated images with darks that are too dark and brights that are too bright. In 4K TVs, HDR creates better, more realistic images with more depth.

In practice, a TV capable of HDR isn’t simply one with a high-contrast ratio. It’s actually a TV that is capable of displaying the dynamic range of a video camera that can capture high-dynamic range. Yes, you need a special, or at least, a better, movie camera to get HDR video and a TV that is able to process and display it. Luckily many video cameras being used by movie studios today are HDR capable. And you also need higher bandwidth to deliver it.

Producing bright whites hasn’t really been a big problem for TVs (producing accurate whites is another story). LDC TVS and LED LCD TVs are plenty bright, but it’s the opposite end of the spectrum that gives TVs trouble. It’s very hard to produce black when the whole back of the TV is a big, flat flashlight. With LCD TVs, that flashlight (the LEDs) is never 100 percent turned off. Even with local dimming, the dimming zones are never single pixel sized, and light leaks or blooms around the dark areas where it’s not supposed to be. High Dynamic Range TVs are able to control that light much better. OLED TVs can control light output about as perfectly as we’ve ever seen. Nano crystal technology (also called quantum dot) also does a very good job of creating HDR images along with richer, brighter colors. Read more about nano crystals and OLED TVs here.

The benefit of HDR isn’t just about the blacks and the whites in the image. High contrast creates depth and dimension and makes colors seem punchier.

So where will you get HDR video content? Currently, the first places you’ll find 4K HDR video are streaming sites. Both Netflix and Amazon will be delivering HDR content this year in their respective streaming video platforms. Most of the movie studios have signed on to HDR recording. At the National Association of Broadcasters (NAB) conference this year, the chief technology officer of 20th Century Fox said that he expects all their new releases to be in HDR, reported the Hollywood Reporter.

There are several ways to achieve HDR, such as Samsung’s SUHD TVs, and Dolby’s Dolby Vision technology seen in some new VIZIO: 4K TVs. Making the content interoperable among them is a priority. HDR capability will also be built into the coming 4K Blu-ray players.

What about HDR for over-the-air broadcast? Will you be able to get HDR video from your TV’s antenna? Well, that would be nice, but don’t cross your fingers too tightly, you’ll get a cramp. Technicolor and the Sinclair Broadcast Group recently demonstrated 4K Ultra HD video broadcasts with HDR based on ATSC 3.0 specifications. “We’re building a path toward new broadcast TV services that are appropriate for UHD and HDR,” said Vince Pizzica, Technicolor SVP of corporate development and technology. Yet, consider that there is even now zero 1080p over-the-air broadcasting. With Ultra HD TVs only in a minority of TV households, and little incentive for networks to upgrade their broadcasting equipment, I’d not expect to see it happen for at least a few years. Hopefully, I’m wrong.

So that leaves online video streaming and the coming: 4K Blu-ray format. Is that enough? Well, that depends on your viewing habits. Personally, most of my TV and movie viewing is via streaming anyway, so it works for me and probably a lot of you, too.

Here are a few new 4K TVs with HDR capabilities you can buy this year: