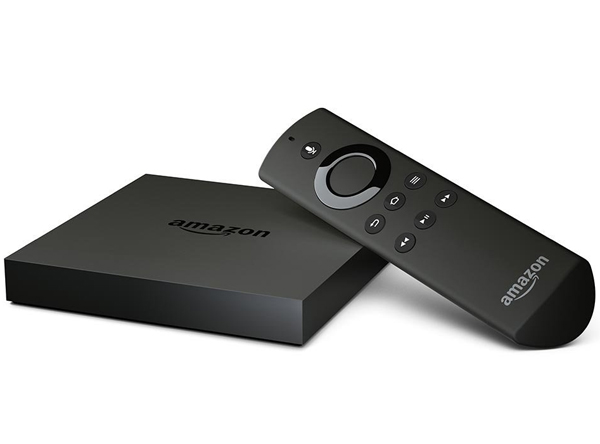 Still debating which media streamer is the best? Amazon is trying to make the choice a lot easier.

The company just debuted the Amazon Fire TV 4K set-top box. This latest model of the Fire TV can actually stream 4K content from Amazon Instant Video, Amazon Prime, and even Netflix. All three of those services are streaming lots of TV 4K content, including critically acclaimed TV shows such as Transparent, Better Call Saul, and Orphan Black. You can also catch plenty of 4K movies, such as Captain Phillips, Crouching Tiger, Hidden Dragon, and The Amazing Spider-Man.

If you’re worried that 4K TV content and even the high-def streams will start clogging up your bandwidth, know that this box also supports High Efficiency Video Coding (HEVC). This can deliver better quality streams using less bandwidth. And thanks to this perk, Amazon Fire TV users can expect even more 1080p TV shows and movies from Amazon Video in the coming months.

Until then, you can access over 3,000 channels, apps and games, including popular services such as Amazon Video, Netflix, Hulu, HBO Now, Sling TV, Spotify, Pandora, YouTube, and much more.

Fans of the Electronic House will also be interested in the new Amazon Fire TV’s Alexa features. This is the same cloud-based voice technology that’s used in the Amazon Echo, which allows you to access the system via voice commands. It also means you can say things like “Alexa, play some jazz” or “Alexa, play Hunger Games: Catching Fire,” and have the box respond accordingly. If you have an older Fire TV or the Fire TV Stick, Amazon is planning to add Alexa via a free, over-the-air software update.

Other features on the new Amazon Fire TV include Dolby Audio, a MediaTek 64-bit quad-core processor, a dedicated GPU, super-fast 802.11ac MIMO WiFi, and 8GB of on-device storage that can be expanded up to 128GB via the microSD card slot. The box also has Mayday Screen Sharing, which puts customer service at your fingertips and on your screen 24 hours a day, 365 days a year.

Amazon is also making the Fire TV Game Controller an option. The add-on includes voice search, an audio jack for private listening with Dolby enhancements, better controls, and a battery life that boasts up to 90 hours of gameplay. True gamers may just opt for the Amazon Fire TV Gaming Edition, which includes the Amazon Fire TV, a Game Controller, a 32GB microSD card, Disney’s Ducktales, and Yacht Club’s Shovel Knight, all for $139.99.

Even with all of the above features, the most impressive thing about the new Amazon Fire TV 4K set-top box has to be the price. Amazon is taking pre-orders for the box now, for $99. It’s expected to start shipping on October 4, 2015. The Fire TV Stick with Voice Remote will ship after that on October 22, with an MSRP of $49.99.