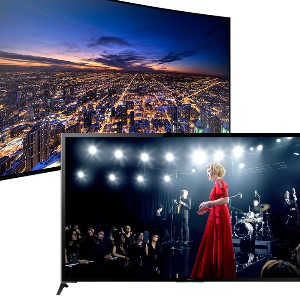 What Is an Ultra HD TV?

HDTVs as we know them today mostly come in what’s referred to as 1080p resolution, which means there are 1,080 pixels vertically and 1,920 pixels horizontally to create a picture. A 4K or Ultra HD (the official title for these TVs) television needs to display a resolution of at least eight million active pixels, with at least 2,160 vertically and 3,840 horizontally in a 16:9 aspect ratio.

In addition to the higher number of pixels, and greater pixel density (less empty space between the pixels), the other advantage of 4K TVs is a greater potential color space—some newer 4K TVs will be able to display a broader range of color detail than can the current crop 1080p TVs. Unfortunately the improved color space (called rec. 2020) is an option, but not a requirement in Ultra HD TVs.

Ultra HD TVs are currently, or will be soon, offered by every major TV manufacturer, including of course Sony, Samsung, LG, Panasonic, Sharp, Toshiba, JVC and others. 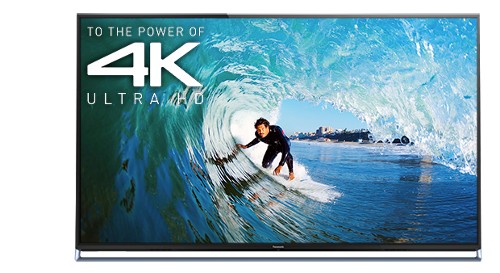 What’s the benefit of upgrading to a 4K TV? The most noteworthy is that you can sit closer or get a larger TV and still not perceive any pixel structure on the screen. Theoretically it should produce a more finely-detailed picture. Having more pixels means the pixels are much smaller, so you won’t see them even if you scoot your seat way up close to the screen. For people who love a really big, totally immersive TV experience, 4K is the technology to get.

Currently, 4K Ultra HD TVs are priced a bit higher than even the best 1080p TVs, but the major TV manufacturers (and even the lesser-known ones) are very serious about their 4K business, so prices are coming down. In fact, it’s pretty certain than in a few years, all or most new TVs will be 4K TVs (similar to how 720p transitioned to 1080p).

Most 4K TVs, like most TVs in general, are LED LCD. This means they use an array of LED (light emitting diodes) to create the light when then passed through the LCD crystals in the TVs panel. There are no plasma 4K TVs, and by the end of this year, it’s very likely there will be no plasma TVs of any sort still on the market (go ahead, make a sad face).

A few, very few, Ultra HD 4K TVs will come out this year based on OLED technology, which is awesome, but very expensive.

What Can You Watch on a 4K TV?

It’s important to make clear that with a 4K TV you can still watch anything you watch now, and most likely (depending on the TV) it will look better than it does on your 1080p TV. Image processing is everything (see more about that here). Your current 1080p TV (assuming you’re not watching an older 1080i, 720p or *gasp* standard resolution TV) upconverts most of your content anyway. All those 480p DVDs or 1080i/720p TV programs go through an image processor to scale them to your TV’s native resolution without looking like they’ve just been shaken through a flour sifter. All Ultra HD TVs do this too, and some better than others. Because the availability of 4K content is currently limited, most of what you watch will be lower-resolution media upconverted by your TV.

But 4K content is already here. Netflix is currently offering several of its popular programs in Ultra HD, and plans much more for the near future. According to Netflix, a broadband Internet connection of 15Mbps is all that’s required for 4K video streaming, though your at-home results may vary.

Aside from Netflix, several other online streaming services are planning to do 4K (some have already started), including Amazon, Comcast Xfinity, DIRECTV, M-GO and more.

Ultra HD media servers are another source of 4K content. Both Sony and Samsung offer hard drive products that store 4K movies and more for viewing on their Ultra HD TVs. The Sony server will be periodically updated to keep the content current and interesting.

The Digital Entertainment Content Ecosystem (the group behind UltraViolet—the online movie locker, not the sci-fi movie) may also be adding a 4K solution to UltraViolet.

An Ultra HD Blu-ray disc format is also being developed, and may be coming to market within a year. Or maybe not, depending on who you ask.

But wait, that’s not really all. There’s now a new category of 4K upconverting Blu-ray players. These players take standard 1080p Blu-ray movies and process them up to 4K resolution for display on 4K TVs.

On the other hand, because all (or most, at least) Ultra HD TVs already upconvert any content they receive, why do you need to the Blu-ray player to do it? That’s a dilemma we’ve faced for years already with Blu-ray video processing. The short answer is some players will do the job better than the TV, and you just don’t know until you try.

Do You Need to Buy Anything Else with an Ultra HD TV?

Often with big technology changes (like 2D to 3D) there were additional costs (new players, 3D glasses). Is this the same with 4K TVs? No and yes. While new Ultra HD TVs must include at least one HDMI version 2.0 input (which can accept 4K resolution video signals at 24p, 30p, and 60p frames per second), you don’t need a new HDMI cable. Any old high-speed HDMI cable will work.

The funny thing is that right now there’s almost nothing for you to plug into that HDMI cable except the 4K-upconverting Blu-ray players and Sony’s video server (which only works with Sony TVs) mentioned earlier. Nanotech will be selling the Nuvola 4K video streaming box this year, which includes 4K Netflix and other 4K services. Except for those few products or (some computers, smart phones and camcorders), there’s nothing else that delivers 4K video via an HDMI cable. All the currently available 4K content comes from online services built directly into the TVs themselves.

That scenario will change eventually. I have no doubt that Ultra HD versions of Roku, Apple TV and maybe full-4K Blu-ray players will eventually surface, and possibly soon.

What about Curved and Widescreen TVs?

Curved TVs first emerged in 2013 as 1080p OLED models from LG and Samsung. They were gorgeous as only OLED can be, but the curve was something unexpected. These first models also couldn’t be mounted to the wall. Newer ones can. 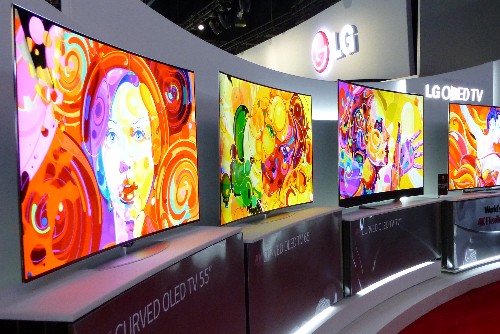 The 2014 curved TVs are a mix of 4K and OLED (some are both). The curve itself is subtle. It may not detract much from the picture, but it probably doesn’t add much, if anything either. Consider it more of a design element. If you like the sleek look of a flat TV snug up against a wall, then skip the new curved options, which will cost more anyway.

The ultra-wide,105-inch 21:9 aspect ratio TVs hitting the market are another thing. They’re big and wide, making them perfect for CinemaScope movies, but maybe not so hot for plain old HDTV viewing (those extra pixels on the side will need to be doing something). The Samsung and LG models coming soon are also curved (except for Toshiba’s prototype), and will also be very expensive—up to $120,000. 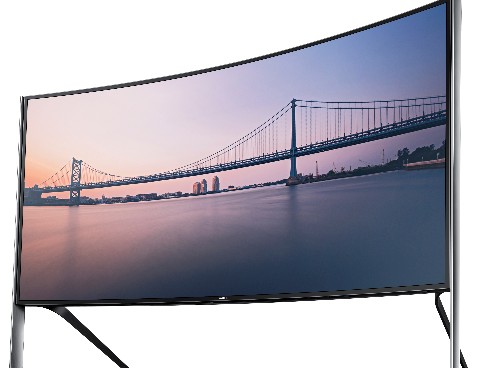 What about 4K Home Theater Projectors?

Currently there are only a few 4K projectors designed specifically for home theater use, and most of them are priced far out of the range of most home theater enthusiasts. The only mainstream projector maker that offers more reasonably-priced 4K projectors is Sony, which has two models—one at $25,000 and one at $15,000. JVC also has several moderately-priced home theater projectors that accept and display 4K video, but they do it with 1080p image chips. 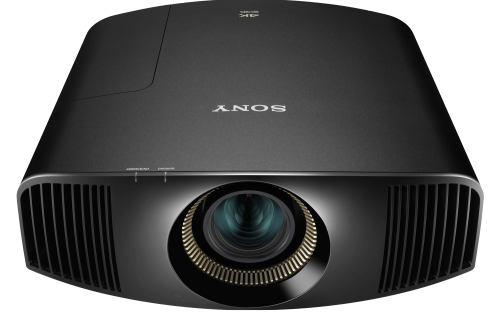 It makes sense that projectors, which employ significantly larger screens than TVs, would be the first to get the 4K boost, but market and manufacturing issues are apparently not properly aligned for that yet (except for Sony and JVC, as mentioned above).

With 1080p home theater projectors, even very good ones, available for around $3,000, it’s going to be difficult for many potential consumers to justify the leap to a 4K projector. TVs are another issue. 4K TVs are more expensive, but not by such a wide margin.

Should You Buy a 4K TV Now?

So now it comes time to ask yourself that question: Should you buy an Ultra HD TV? First, if you’re in the market for a new TV anyway, an Ultra HD set should at least be on your short list. If you like a really big picture, the biggest ones are Ultra HD. If you watch a lot of 3D Blu-rays, Ultra HD will make those look great (because you get full 1080p resolution for each eye, even with passive 3D TVs). Do you tend to sit close (closer than 10 feet) to your TV? Again, Ultra HD will probably be a better choice. If you sit 15 feet away from a 50 inch TV, then the resolution really won’t make any discernible difference.

The best advice is to go to a reputable home electronics store, one that doesn’t stack the TVs up like loaves of bread. Go to one that lets you see them in a more living room-like setting, and spend some time looking at the sets you’re interested. Play with the remote. Try the menu and interface and see what you like. And don’t forget to get a good audio system with your TV.