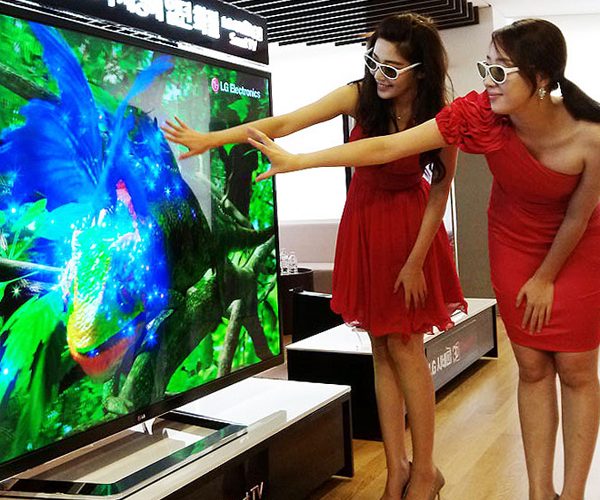 At the beginning of the year, manufacturers were showing off 4K resolution TVs in all sorts of sizes for all sorts of budgets. The question quickly turned to, “So what can you watch in 4K?” (It was a running theme last year.) Well, the TVs aren’t the only thing we’re starting to see more of; 4K content is here today.

In case you’re wondering why you’d want that, know that having that 4K resolution means that you can watch programming with a 3,840 x 2,160 resolution. That’s four times the image of a full 1080p HDTV. Typically, these sets can boost the quality of HD programming as well, but you really need to be viewing content with a 4K resolution to get the full effect. So where is that exactly?

There are options. Currently, you’ll need a smart 4K TV or some type of external box that can support a 4K resolution to get those goodies. However, the Blu-ray Disc Association (BDA) is also working to deliver 4K Blu-ray discs and players before the end of this year. While you wait, let’s take a peek at five ways you can get your 4K resolution fix today.

Netflix
This popular subscription service was the very first to start streaming 4K content, by kicking off with the critically acclaimed House of Cards last year. At some point this year, the service plans to boost those streams via an HDR (high dynamic range) upgrade. Currently, Netflix 4K is available on select TVs and Blu-ray players made by LG, Panasonic, Samsung, Sharp, Sony, Toshiba and VIZIO.

Amazon Instant Video
This service started streaming its 4K collection more recently. That lineup includes movies, TV shows and Amazon originals—with the latter actually being shot in native 4K. No subscription is necessary, but 4K titles do come with a premium price tag (which varies). However, if you’re willing to pay the $99 annual fee for Amazon Prime, you can stream all the 4K you want for free, as well as get other video, audio, and free 2-day shipping on select Amazon purchases.

Pay TV Providers
Currently, DIRECTV and Comcast are the only two pay TV services offering that 4K resolution. (DISH Network plans to add it soon, via the 4K Joey.) DIRECTV subscribers need the Genie HD DVR and a Samsung 4K TV. If you have those things, you can enjoy some 4K movies—although not a lot. The company says that the selection varies from week to week, but there are always at least two 4K movies to watch instantly. Comcast is also limiting its 4K selection to Samsung smart TVs for now, through the Xfinity in UHD app. It features TV shows, movies, and more.

UltraFlix
This 4K Ultra HD IPTV/OTT (over-the-top) network offers over 500 hours of content on-demand—and all with a 4K resolution. Paid movie rentals last for 48 hours, with an average price of $1.99 to $9.99 per title. However, you can usually find about 100 free hours of content in that mix. The lineup includes mostly obscure options, but stretches across a variety of genres, including sci-fi, action, comedy, drama, family, and more. At last peek, we did find a few older blockbusters, such as Fargo, Rainman and Robocop. There are even TV shows, concerts and special events. To get the goods, you’ll need to download the UltraFlix app to your Samsung, VIZIO or Sony smart TV. If you don’t have one of those, NanoTech does sell the Nuvola NP-1 4K resolution streaming media player for $299. That comes packing this app, as well as Netflix, Hulu Plus, M-Go, YouTube, and more.

Sony
Sony still sells the FMP-X10 4K resolution media player, a set-top box that provides Sony 4K TV owners with over 200 different 4K selections on-demand. The cost of each one varies, depending on the title and whether you opt to rent or own. However, newer Sony smart TVs offer 4K streaming without the added box. Those 4K TVs have access to 4K Netflix and Amazon Instant Video, but Sony also has its own streaming service, known as PlayStation Video 4K (previously known as Video Unlimited 4K). The company is also adding 4K options from Ultraflix and Toon Goggles to this year’s lineup.