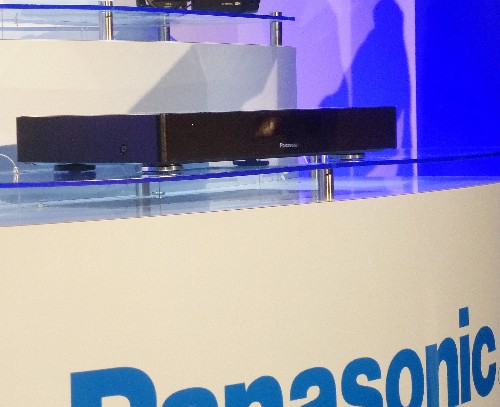 Ultra HD TVs are growing in popularly and declining in price, leading to near certainty that 4K will be the standard in TVs (at least in sizes 50 inches and above) over the next few years. However, one of the specters that’s been looming over that success has been content. Ultra HD movies and TV shows are now available from streaming services such as Netflix and Amazon, with more video streaming options coming online over the next few months, but many enthusiasts feel that streamed 4K is still inferior to a well-mastered 1080p Blu-ray disc. Viewers who want the best for their Ultra HD TV are clamoring for a better Ultra HD source.

Matsuda said that licensing for the format will begin mid 2015 and he expects there will be consumer products by the end of this year. Earlier this week at CES, Panasonic showed a prototype of an Ultra HD Blu-ray player, though it wasn’t showing any content at the time. So far, Panasonic has been the only company to publicly show support for the format, but Matsuda said that he expects all the standard companies to come out with product (which of course means Sony as well).

Beyond Ultra HD resolution (3,840 x 2,160 at 60fps), the new Ultra HD Blu-ray will support high dynamic range and REC 2020 color space and 10-bit color depth. Matsuda said that HDR is a very significant technology for the new format and one that consumers will immediately see the value of. That doesn’t necessarily mean that all Ultra HD Blu-ray discs will include HDR, as not all movies recorded in 4K are mastered with HDR, but the format does support it.

While not specifically mentioned, the new format will likely support 3D and similar bonus and interactive features found on 1080p Blu-ray discs.

While some people may question the need for a new physical media, especially when more consumers are turning to streaming sources for their content, Matsuda pointed out that Blu-ray disc sales rose 5 percent in 2014. That’s a pretty clear indication that people who want the best-looking video on their large screens and TVs insist on a more reliable format. Ultra HD Blu-ray discs will deliver that for 4K TVs.