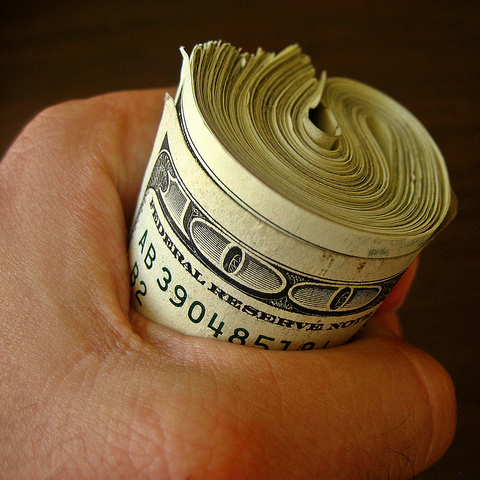 At Electronic House, we feature a lot of awesome smart TVs. Some are big, some are small, some are insanely expensive, and some have the kind of price tag that makes you want to run right out and make a purchase.

Most of the time, when a manufacturer announces a bunch of new smart TVs, they’re not actually available. Many don’t even have a release date. In fact, we rarely even see something like, “Meh. Maybe we’ll get around to it sometime this summer.” Oh, the teasing seems endless!

Well, you can stop being frustrated and start making purchases. We found four brand-new TVs that are currently available. Of course, there are a lot of TVs available—a lot of them. A blinding amount, in fact. However, these four were announced earlier this year as part of the 2015 crop.

Samsung UN65JS9500 4K SUHD Curved Smart TV
As part of Samsung‘s SUHD TV lineup, this model uses nano-crystal technology to produce colors like you’ve never seen before. Maybe you’ve never seen them because this 65-inch TV is also a 4K Ultra HD TV, which boasts four times the resolution of a 1080p HDTV. To boost the image even further, the UN65JS9500 has multi-zone full array backlighting, an Auto Depth Enhancer, Motion Rate 240 technology, and Precision Black Pro technology. Other features include the Tizen smart TV platform, Bluetooth and WiFi, 3D support, four HDMI inputs, and three USB ports. Oh, and this model also has a curved screen to wrap you up in the entire viewing experience, no matter where you want to sit.

LG 65UF9500 Prime 4K UHD Smart 3D LED TV
This model just received the “Netflix Recommended TV” rating, so you know it’s going to be a good set for the binge-watcher. The 65-inch TV is also part of LG‘s Prime UHD LED TV Series, so it has a 4K image and LG’s ColorPrime, a proprietary technology that can magnify on-screen colors using different LED phosphor colors. It has plenty of other image perks too, including Ultra Luminance for better brightness and resolution, LG’s 4K IPS panel for wider viewing angles, and the LG Prime Mastering Engine for boosting TV watching to a cinema-like experience. Other features include a 240Hz refresh rate, the webOS 2.0 smart TV platform, and harman/kardon sound.

Sony KDL-65W850C Android LED HDTV
Technically, you can’t buy this TV today. It’s available for pre-order, but the wait won’t even give you enough time to break a sweat; it’s scheduled to ship on April 18, 2015. This model is the only one on our list that isn’t a 4K TV. However, it does offer a full 1080p HD image and 3D support, which gets a little boost from Sony‘s X-Reality Pro picture engine. Other highlights include Motionflow XR 960 for fast-moving images, four HDMI inputs, and two USB ports. Of course, the biggest hook is that this set has some really interesting smart TV options. First of all, this is an Android TV with GoogleCast, so you can access movies, TV shows and Google Play apps all through the big screen. It also has PlayStation Now perks, so you can play PS3 games on the TV, without needing an actual console.

VIZIO M55-C2 Ultra HD Full-Array LED Smart TV
The least expensive set on our list is pretty darn impressive because it’s a 4K TV that can be had for under $1K. That’s truly something special. It boasts an ultra-sharp 4K resolution with 8.3 million screen pixels. It even has the VM50 Ultra HD picture processing engine and VIZIO‘s Spatial Scaling Engine, so that everything you watch can be just as pretty. Other features include up to 32 active LED zones, Clear Action 360 and a 120Hz refresh rate for fast-moving images, and built-in WiFi. That connectivity, combined with the V6 six-core processor, gives a nice boost to VIA Plus. This is the manufacturer’s smart TV platform, which offers Netflix, Amazon Instant Video, Hulu Plus, VUDU, YouTube, and more right out of the box.