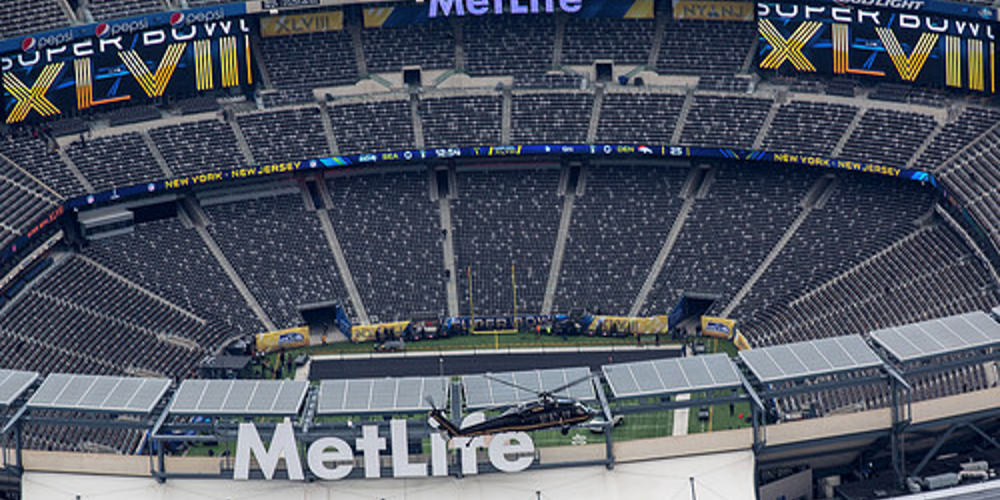 To sports fanatics, the Super Bowl is the big finale to a long, fighting season. To some it may mean a big win or loss, while to others it’s simply a great excuse to eat mini-hotdogs. Here at Peerless-AV, the big game means one thing to us – an inside look at coolest stadium technology. Check out our picks for three of the coolest, most decked-out, tech-heavy stadiums in the U.S. 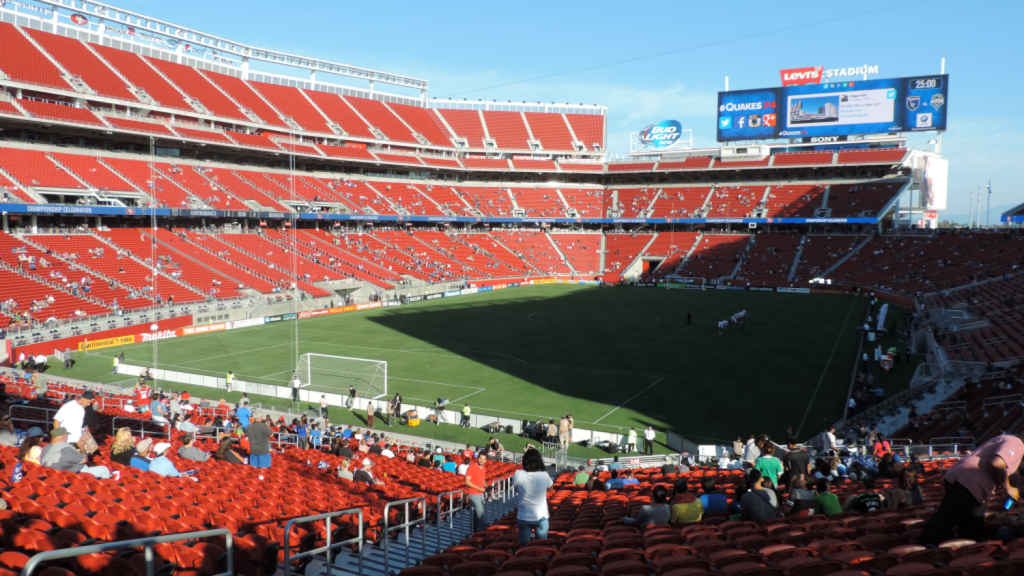 Home to the Super Bowl this year, Levi’s Stadium has been noted as the “most high-tech stadium in the world.” Home to the San Francisco 49ers, this state-of-the-art venue houses premier sports and entertainment events throughout the year. It was officially recognized as Sports Facility of the Year by Sports Business Journal in 2015, as well as Venue of the Year by The Stadium Business Awards.

What makes this $1.2 billion stadium so special?

The venue seats approximately 68,500, with 165 luxury suites and 8,500 club seats. But let’s get down to AV stats. Levi’s Stadium currently has 2,700 TVs, between locker rooms, bars, suites, and over venue areas. The stadium also offers the option for all fans to connect via Wi-Fi and 4G networks to see the game up close on their own devices. To achieve all of this connectivity, there is 400 miles of cabling, with 70 of those miles connecting 1,200 distributed antenna systems to support the Wi-Fi routers, which are located approximately every 100 seats throughout the stadium. This connectivity offers notable Wi-Fi speed, and is complimented by the stadium’s smartphone and tablet app where visitors can order food or drinks, watch replays, and use for wayfinding purposes to find spots such as the closest bathrooms with the shortest lines or the parking lot entrance closest to their seats. (TIME)

Partnered with Daktronics, LED ribbon displays and each end zone are equipped with 13HD technology. The north end zone digital display measures approximately 48 feet high by 200 feet wide, and the south end zone display is about 28 feet high by 142 feet wide. (Daktronics) Whether or not your team wins, Levi’s Stadium itself is a definite win from a tech standpoint! 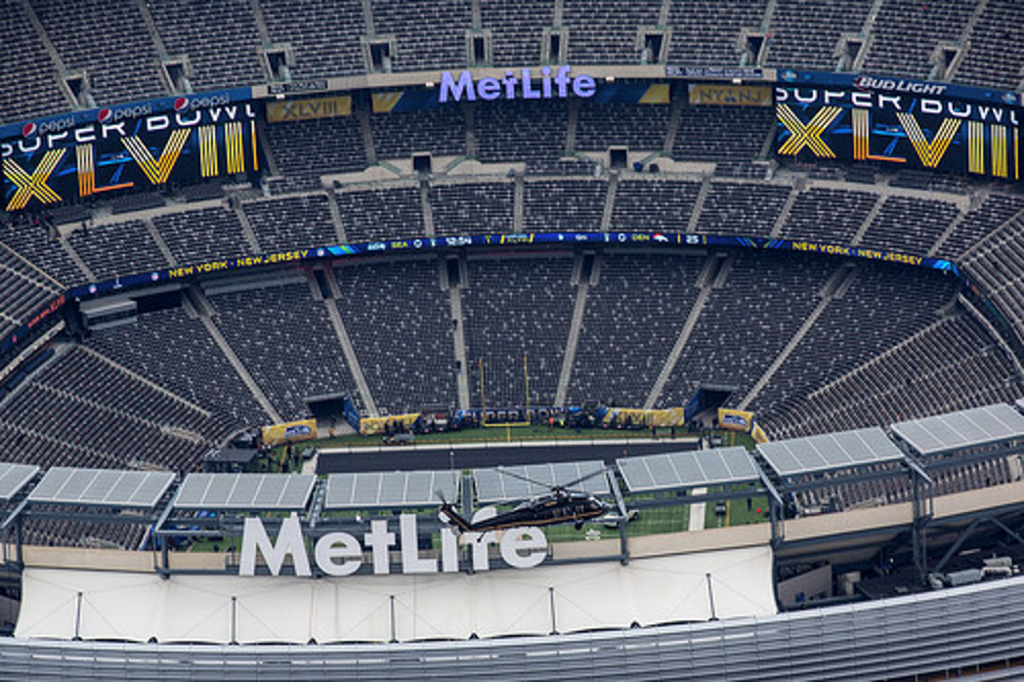 Stadium technology goes beyond which venue has the biggest or the most digital displays (even though that’s our personal favorite); it’s also important to note the venues that have taken the extra step towards sustainability. MetLife Stadium has been identified as one of the most sustainable stadiums – having been named the “Greenest Stadium” in the NFL in 2009 by the Environmental Protection Agency (EPA). Forty-thousand tons of recycled steel was used to build the stadium and seating is made up of partially recycled plastic and scrap iron. Focusing on sustainable tech, MetLife partnered with NGR Solar, LLC. to install 1,350 solar panels above the catwalk of the stadium. These panels generate 25 times the power needed for the NGR Solar Ring LED lights.

MetLife also boasts quite a bit of AV technology – including four large, 30 X 118 foot HD video display boards. What is most impressive to us about this venue, though, is its green technology. (MetLife Stadium) 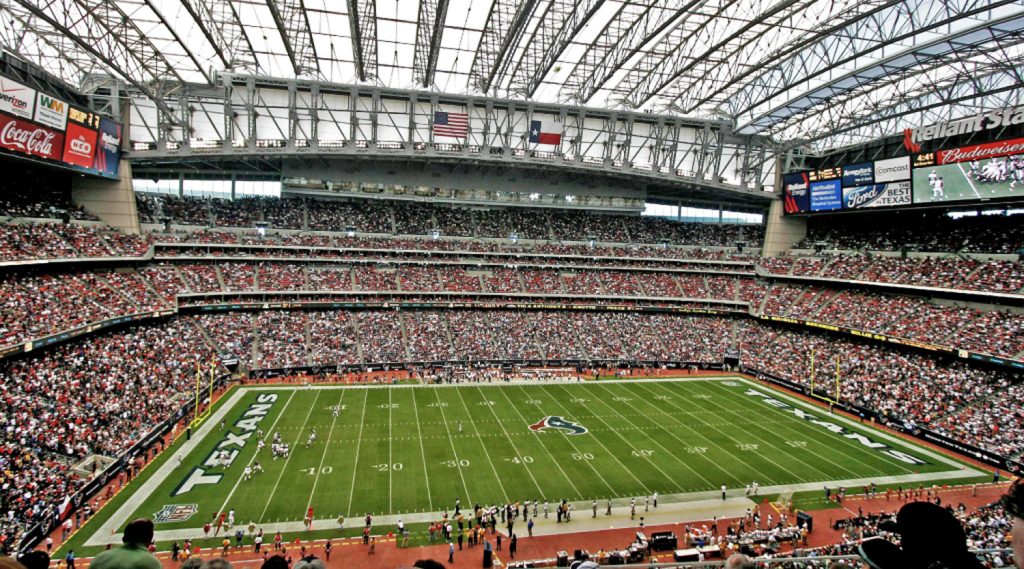 Everything is bigger in Texas, right? NRG Stadium stands by this Texas motto with an enormous scoreboard sizing in at 52 feet tall and 277 feet wide; it’s the largest jumbotron in the NFL. With more than 14,500 square feet of display surface in the end zone, this display provides fans with an up-close view of their team’s plays.

NRG Stadium is a multi-purpose stadium that houses NFL games, college football, soccer, and rodeos. It offers an indoor/outdoor retractable roof and natural grass stadium. There are 1,550+ HD LCD flat-screen TVs dispersed throughout the public areas of the stadium. (NRG). NRG Stadium is definitely on our list of must-see venues.