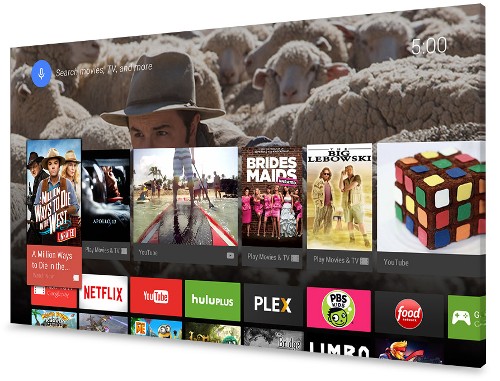 As smart TV technology has continued to evolve, one thing apparently has become clear to the major TV manufacturers—they’ve made it too difficult. A modern smart TV may have access to hundreds or thousands of streaming audio, video and gaming apps. May allow online shopping, gesture control, voice search or individual family profiles. With all that access to content comes a high level of difficulty in navigation. What if all you want to do is find the Netflix app or watch YouTube videos? Should you have to jump through several panels, or swipe though multiple screens to get to what you want?

Across the board in 2015, the major TV makers are simplifying the smart TV platforms to make the multiple services they offer easier to use and find.

LG, which last year launch its first smart TVs based on webOS, this year is launching webOS 2.0. For 2015, LG’s webOS 2.0 offers faster boot times, a customizable My Channels section for favorite live TV channels on the launcher bar, and an Input Picker that allows connected devices to be instantly recognized.

4K Ultra HD content will also feature in the new smart TV platform with 4K streaming from Netflix and Amazon.

Sharp has enhanced its SmartCentral platform to version 4.0 and added personalized profiles and new smartphone interaction. In addition to the SmartCentral interface, the company is adding the Android TV platform to all its 4K Ultra HD TVs. Android TV makes all the apps from the Google Play store available to the TV users, and allows advanced features like voice search and the ability to do Google cast—cast content from an Android smart phone or tablet to the television.

Panasonic has completely replaced its smart TV platform with a new version designed by Mozilla. Called Firefox OS for TV, it will be on all Panasonic TVs for 2015. Previously Firefox OS has only been seen on mobile devices, so we’re not sure how it will perform on a TV, but clearly Panasonic saw a need to update it’s old (and somewhat clunky) smart TV platform with something else.

Samsung, which in 2014 had one of the most ambitious smart TV platforms, has adopted a completely new, and apparently much simpler one, this time built around the Tizen operating system—an open-source platform designed to be easy for developers to work with and easy for users to navigate.

The new Tizen platform includes a redesigned Smart Hub to make it easy to find your most often-used content sources. The new system can sync with mobile devices using WiFi Direct. The system also uses Bluetooth LE to automatically search for Samsung mobile devices and connect to them.

Finally, Sony also joined the new smart TV platform bandwagon by adopting Android TV for all its 2015 smart TVs. In prior years some Sony TVs included an earlier Google smart TV platform, Google TV, which is no longer offered.

Electronic House will bring you more details on the new 2015 TVs from CES.