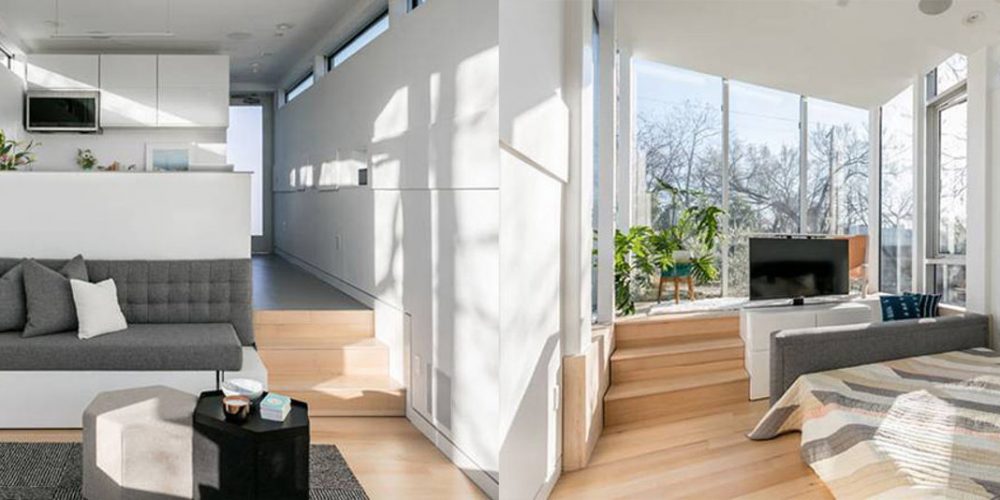 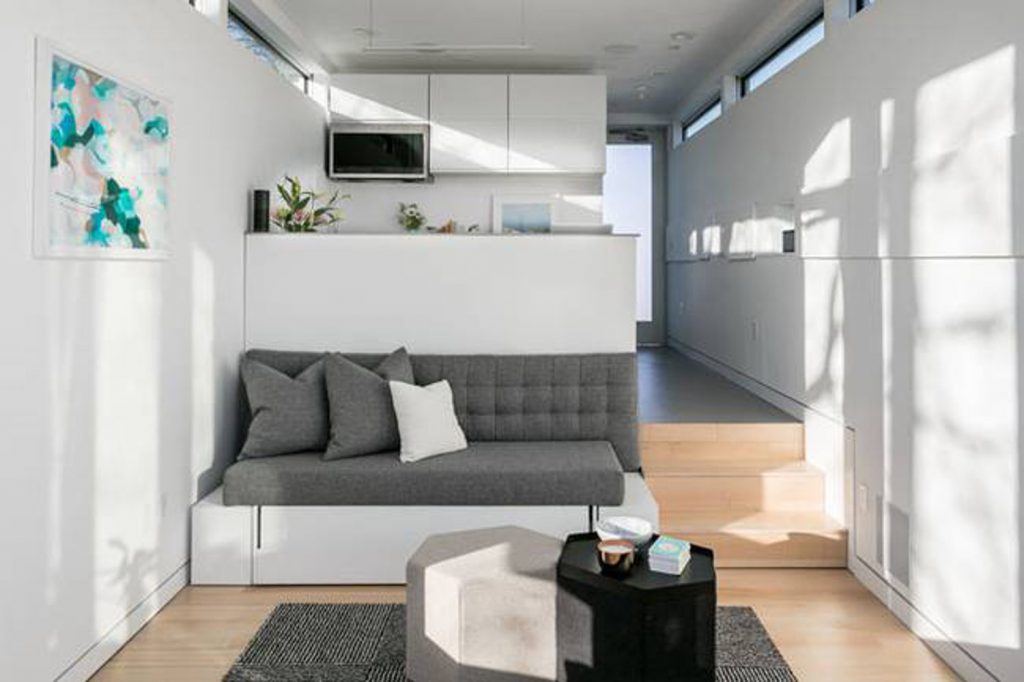 Kasita is currently taking orders for the smart tiny house, which will sell for $139,000. Kasita hopes to offer upgrade paths for those interested in even more smart home technology.

Kasita CEO and co-founder Jeff Wilson started the company after experimenting with living in a dumpster — for a year.

Wilson was a professor of environmental science at Huston-Tillotson University in Austin when, in 2014, he attempted to renovate and live in a 33-square-foot dumpster on the university campus to see how much space people really need to live comfortably. Wilson’s students called him “Professor Dumpster.” 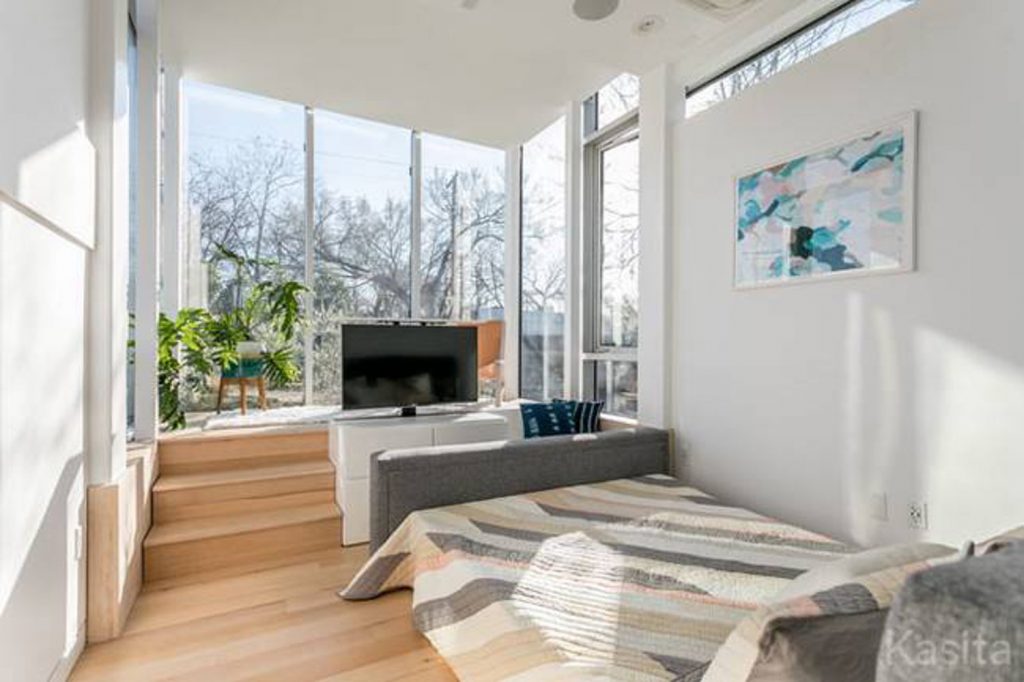 “It was absolutely insane,” says Wilson. “I just wanted to try it as an experiment. What happens when you push the absolute limits of small and base level?”

Wilson learned that while a dumpster-sized house might be too small, people could certainly downsize their living space and still live comfortably and perhaps even more conveniently if the house was designed well. 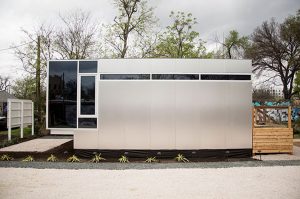 “This is a 12,000-pound piece of hardware filled with software,” says Wilson. “I don’t think the Internet of Things is really useful until it becomes the Internet of experience.”

Wilson isn’t messing around. At first glance, some technology in the Kasita home may a wee bit off-the-shelf consumer-y, but underneath it all is a robust RTI processor. 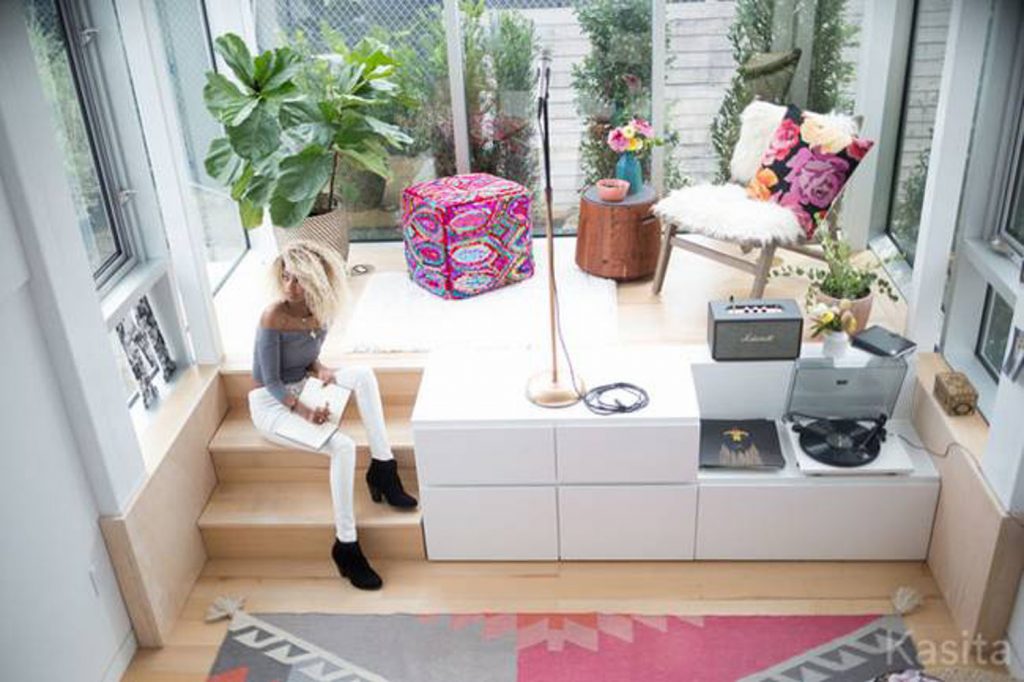 Kasita objective when implementing technology into the tiny house is that the systems be intuitive, so a new homeowner could enter the home and immediately be able to use the technology. The company created a customized app interface for the RTI system as well as several preprogrammed environmental settings to fit the “moods,” equivalent to other control system’s “scenes.”

The morning “wake up” mood is automatically initiated in the tiny house, turning on the lights and a favorite radio station. Another group of personalized settings can be used when the homeowner returns in the evening. Water and energy use can also be easily monitored and optimized by the user.

“We knew there were a couple of things we wanted right off the bat,” explains Jason Jaynes, head of technology, Kasita. “We wanted automation and control, lighting, audio and video. We wanted to make the interface as intuitive as it could possibly be. We wanted the interface to present obvious options to [the user]. We knew we were dealing with a tiny space, so we wanted to work with someone who had expertise working with big systems but also had respect for doing the same thing in a small space.”

That led Kasita right to Austin-based integration firm Audio Zeal and owner Ragan Mena, who designed and installed the system in Kasita’s demo home at SXSW. Audio Zeal’s demo system will act as a basis for all other Kasita homes going forward.

“I identified with the company right away,” says Mena. “My office is about as small as the [Kasita] house itself. Putting a lot of technology into a smaller space isn’t something I normally get to do on a professional level. It’s a totally different project, because even though a light switch may be closer to you, it’s still great to be able to create scenes and have the home work perfectly for the homeowner.”

Kasita looked to Mena as a technology guide. He had a lot of experience with RTI, which led to Kasita installing an RTI processor with the iPanel app. The same was true with the other components in the tiny house.

“We did some investigation into other control systems, but we felt comfortable going with RTI,” says Jaynes. “Origin Acoustics has a reputation for being the best in the industry. We installed Sonos because streaming music is so important, plus Sonos offers the widest range of interoperability.”

“To get all these systems to play together, you have to be hands on at some point in the build process,” continues Jaynes. “But we wanted to eliminate that need for the consumer, so when a consumer walks in day one, they are handed a QR code and download an app and everything is ready to go.”

Long term, Kasita wants to move away from the dependency of RTI or any other control system. The company plans to develop something in-house.

“We’ll look to replace a lot of the technology we licensed and move to building that technology — the stuff that will ultimately be the brains of the home — in-house,” says Jaynes. 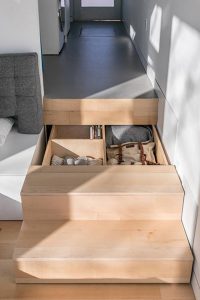 Kasita Expands the Industry by Changing the Paradigm

The Kasita units are available for reservation nationwide. Currently, you can order standalone units to put on a plot of land or a backyard. These are called accessory dwelling units.

Kasita’s long-term goal is to move to a high density solution and work with developments to build and stack many Kasita units in apartment complexes.

“We wanted to take the same type of technology that millionaires have access to, bring that into the Kasita system and provide it to users on a budget,” says Jaynes. “Right now, there’s a divide in the industry. There’s a lot of complexity and a lot of noise, a lot of confusion, when you try to take five or six smart home products off the shelf at Best Buy and integrate them. Then, on the other end of the spectrum, there are these multimillion-dollar homes. We just said to ourselves, there must be a better way for the majority of people to have access to this technology.”

That’s why Wilson didn’t want to design the Kasita tiny home like a normal house. He wanted to design it like a product.

“You have to think about the whole home, not just the walls and the high voltage material and the wiring, but how does this all come together?” says Jaynes. “The way you get there is to design a house like you’d design a car.”

When it gets off the ground, Kasita may have a leg up on most traditional home builders. The technology isn’t an added feature of the home, it’s inherently part of the home, which Kasita hopes will enable it to become fully integrated into a homeowner’s experience.

“Our vision is to not only provide home automation and control but to make the homeowner’s living experience better,” adds Jaynes. “We want them to be able to say, ‘I get my best night of sleep in my Kasita’ and ‘My Kasita is helping me to learn to be a more efficient homeowner.’ There’s this whole notion of going beyond home automation, and it’s cool and people are excited about it, but the question is how we take the technology we’re seeing and turn it into something more.”

Kasita is also working to turn the tide of the housing market, especially as it affects millennials. Jaynes considers that young professionals want to live in cities but are being pushed out by high rental costs and even higher costs of owning a home in an urban area.

“These units give people the ability — especially young, urban professionals — to live in dense urban areas with the technology they want and need without having to sacrifice,” says Jaynes.

Have suggestions or something you want to read about? Email Chelsea at ccafiero@ehpub.com