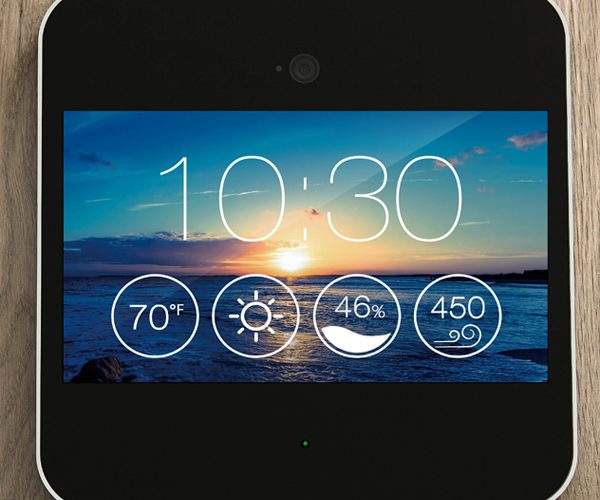 Back in 2014, a company named Kronosight made its debut with the Sentri stand-alone home monitoring system. People on Kickstarter responded to the new option—quite well, in fact. Now, the company is making pre-orders for the Sentri available to the public.

From now through Black Friday (November 27, 2015), the Sentri home monitoring system can be reserved for $299, which includes free shipping. The company will start sending out those initial orders on that Friday deadline.

The Sentri is a stand-alone home monitoring system, with a high-def 10.1-inch touchscreen and a 120-degree HD wide-angle camera. Other features include motion detection, night vision, a siren, and a microphone. The system also features optional access through a mobile app for iOS and Android devices. That app allows users to monitor live audio and video, set Home and Away modes, receive notifications about unexpected activity, and more.

However, the Sentri doesn’t just track friends and foes, but can actually keep tabs on temperature, humidity, and air quality. Not content with being just another security system, Kronosight has also included the option to monitor and control third-party products, such as the Nest Thermostat, Belkin WeMo switches, and Philips Hue lights. The company says it will continue to expand that library, so that Sentri users can tie additional third-party devices into the system in the near future.

“Our research indicates that when people show an interest in smart home products, more often than not they’re thinking about security,” said Wendy Qi, Sentri’s co-founder. “We created Sentri to be a smart, easy-to-use and fully-contained security solution that homeowners would be proud to display. We believe we’ve achieved these key design considerations, as does our early community of Kickstarter backers.”

Sentri first launched that Kickstarter campaign back in July 2014. The company raised almost $400,000 from more than 1,200 backers. The Sentri home monitoring system is available for pre-order now.