As if there weren’t already enough DIY, hub-based wireless smart-home systems on the market, here’s another one, interestingly named Peq: (pronounced peek, as in peek-a-boo).

So what is Peq? It’s a system that sounds, in theory, very similar to many other systems, including Staples Connect, SmartThings, Revolv and Lowe’s Iris.: Peq centers around a hub or gateway that connects to your home’s network router and then in turn connects wirelessly to various other smart-home devices like door contact sensors, motion sensors, security cameras and more.

Our friends at CE Pro and Zatz Not Funny say the hub is made by Netgear and includes both Wi-Fi and (probably) Zigbee radios for connecting to other devices. Setup and operation of the system is done with an app on a smartphone or tablet. Zatz.

CE Pro reports that Peq was developed by startup Smart Home Ventures, which is made up of a diverse group of people from the tech industry, including several from wireless and cable markets.

What makes Peq different, other than it’s slightly creepy (or cute, depending on your point-of-view) name? So far the distinguishing characteristic is that it apparently will be sold at Best Buy. That’s interesting because up until now (well, not exactly now, because Best Buy hasn’t confirmed this) Best Buy has had only a small presence in the DIY smart-home market other than offering the Revolv and Insteon systems on the company web site and a few devices from Belkin, Philips and Dropcam. Lowe’s, Home Depot and Staples are all far ahead of Best Buy in the easy home automation market (Best Buy Magnolia stores do offer Control4 custom home automation systems). As the world’s biggest electronics retailer, this has always looked like a gap. 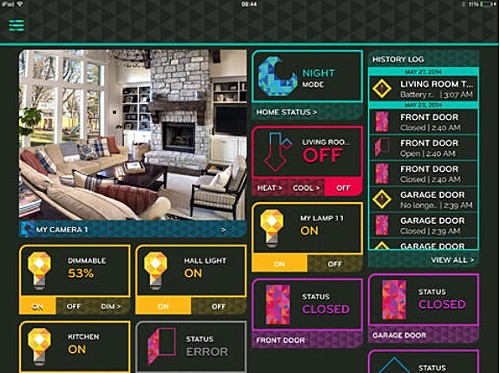 Peq apparently isn’t exclusive to Best Buy—you can order a system now directly from Peq’s web site (and as of this writing, it doesn’t appear to be at Best Buy yet). At this point we don’t know if it will show up on other retailers’ sites, such as Amazon. Amazon recently started, then stopped, then started again selling the new Wink system (which is also available at Home Depot).

Back to what Peq can do. While most of the functionality of any system like this is in the app, it’s the assortment of compatible devices that can be the deciding factor in a purchase. At launch, Peq appears to have a decent variety of devices, mostly focused on the security aspect of home automation. There’s an indoor surveillance camera, a water leak sensor, lamp and appliance modules, door/window contact sensors, a motion detector, a carbon monoxide sensor, plus a touchscreen thermostat. Wireless light switches are notably missing. 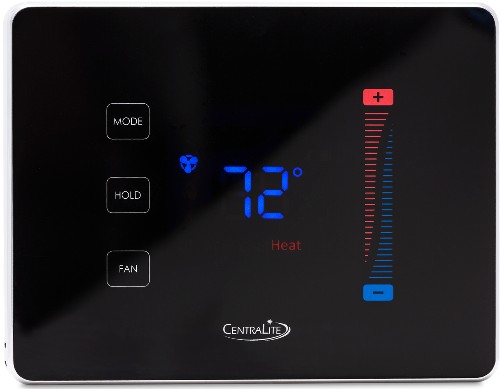 Users configure the app to operate the devices by setting up rules that link devices together. We assume a user can set up different modes, such as Home and Away, which when engaged would automatically trigger actions such as turning down the thermostat, shutting off lights and activating the security camera.

Peq is competitively priced at $120 for the hub—low but not the lowest in this market. SmartThings and Staples Connect both have hubs for a little less, and have more compatible products on their list. Several Peq starter bundles are available, ranging from a “Watch Dog” kit that includes one door/window sensor and one surveillance camera to the $489 “House and Home” kit that includes 2 door/window sensors, 2 lamp modules, 2 motion sensors, 1 water sensor and 1 thermostat.

Peq sounds decent, so far, but not unique. One catch that might put off customers is the $10 monthly fee. Lowe’s Iris carries a monthly fee for a beyond-basic plan, but Revolv, Staples, SmartThings, Piper and Insteon (plus others I’m not remembering at the moment) don’t charge for anything more than the hardware. On the other hand, many of the smart home systems offered by telecom companies such as AT&T or Comcast offer some combination of free or cheap hardware and installation, but get you with a higher monthly fee.

What does that fee cover? Well, I’m not really sure at this point. You get email and text alerts and cloud storage of security videos, but other devices offer similar services for free. We’ll provide updates as we learn more about the system and hopefully get to try one out.