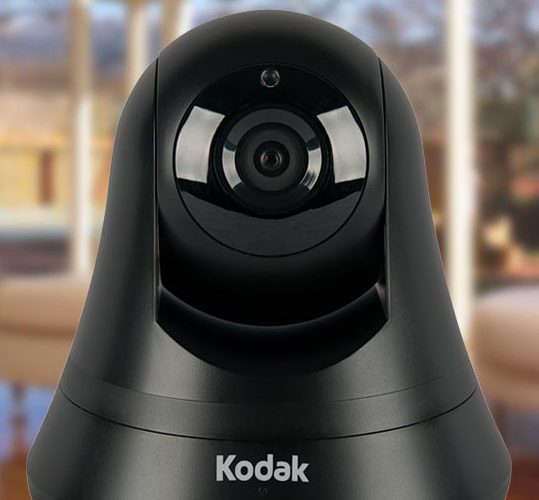 If you have wireless home security cameras, you know that you get a lot of false alerts. Sometimes, the cameras will deliver random: alerts about the cat jumping up on the windowsill, while others may hear kids playing off in the distance. With those everyday occurrences come alerts from the system—and it’s kind of annoying to think that someone is breaking into your house every 7 minutes.

Well, Kodak is hoping to solve some of those problems with a pair of new wireless home security cameras under its V-Series. The new CFH-V10 and the CFH-V15 feature something called Smart Detection, which promises to eliminate anywhere between 70 to: 98 percent of false alarms, depending on the type of alert.

Smart Detection uses ART human presence detection from the UK-based Apical Ltd. This feature basically analyzes all of the video captured by the cameras in near real-time. The idea is that the system will differentiate normal ambient activity from potential threats. Users can also configure Smart Detection in the free iSecurity+ app to filter alerts by activity or people. Unfortunately, this feature is not free. To add Smart Detection into Kodak’s wireless home security cameras, you can expect to pay $2.99 per month per camera.

For some, it would be worth the added cost. With: Smart Detection, users shouldn’t have to be checking in on camera alerts to find out it was the drapes or even the family dog. The system will be more selective.

Developed by Kodak licensee Tend, both the CFH-V10 and CFH-V15 provide unlimited live HD streaming video via a smartphone, tablet or computer. Other features include two-way audio, automatic night vision, and free 1-Day Cloud Storage to view all recorded motion-triggered video clips from the past 24 hours. The CFH-V15 also adds in the ability to pan left and right 350 degrees, as well as tilt the camera 105 degrees up and down.