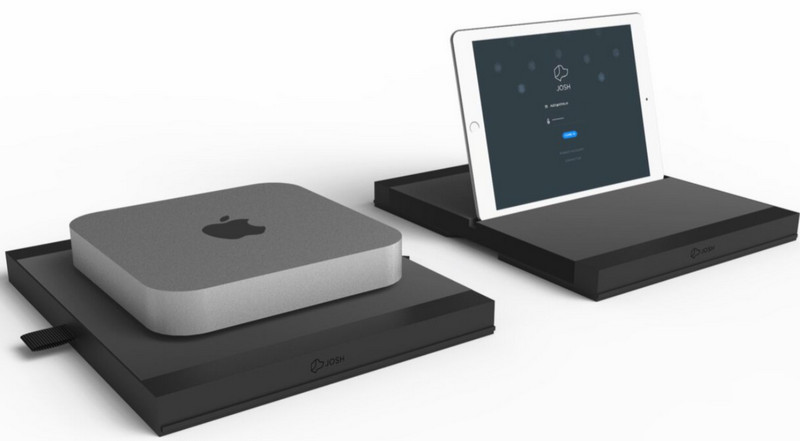 If you follow developments in IoT (Internet of Things), chances are you’ve heard of Josh.ai by the start-up JStar. The visibility might have something to do with the high profiles of Josh co-founders Alex Capecelatro (CEO), who founded the social-networking app Yeti, and Tim Gill (CTO), who founded Quark, the graphics giant.

The first implementation of Josh.ai will be a box that enables users to control select smart-home devices by voice, speaking in “natural language” with commands such as, “Open the garage door and turn on the kitchen lights” or “Play season two, episode 10 Game of Thrones.”

This isn’t surprising. The shocker is that the Josh box will retail for $14,000. It will be sold only through home technology integrators, not direct to consumers. And only 100 lucky, early-adopting customers will be privileged enough to own one this year.
By limiting the availability of Josh, Capecelatro says the company hopes to heighten the appeal for trendsetters “who want something nobody else has.”

Calling Amazon Echo a “cute little toy” unworthy of the premium experience delivered by integrators, Capecelatro told the group that Josh favors near-field communications – that is, pressing a button on your smartphone and speaking into it – rather than the far-field, always-listening technology employed by Echo.
Echo can be inaccurate, he said in less-glowing terms.
If users want an on-demand experience with Josh, Capecelatro explained, they can always configure iPads to be always listening.
“The dream,” Capecelatro says, “is to have embedded microphones throughout the home,” but until then Josh is focusing on near-field chat.

The small demonstration Josh provided at the conference featured Sonos speakers, Philips Hue smart bulbs, and little fans plugged into Wi-Fi outlets, leading many to wonder why anyone would want a $14,000 accessory for a bunch of $100 DIY devices.
After the demo, Capecelatro explained that Josh was working to integrate with premium products such as Kaleidescape movie servers and Crestron home automation systems, but those products would be difficult to demonstrate in a small breakfast room with weak Internet signals.

Indeed, in his own 10,000-square-foot home in Beverly Hills (shown in video above), Capecelatro uses Josh to control a Lutron Radio RA 2 lighting-control system.
It’s not clear what Josh’s end-game is. Capecelatro tells us the company’s competitive advantage is its natural language processing engine, three years in the making. Clearly, a $14,000 box is just the beginning.