HomeKit is Coming: How Will Apple Home Automation Be Different - Electronic House ​​ 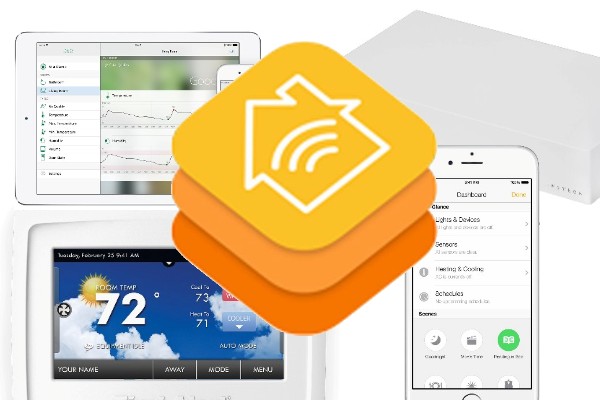 Ever since Apple obliquely announced that it was getting into the smart home automation biz with the launch of something called HomeKit, home-automation enthusiasts and tech analysts (as well as potential partners, manufacturers and competitors) have been on edge waiting for more information. What is Apple HomeKit? Will an Apple home-automation platform be better, worse or just another option in the growing smart-home market?

More than six months after the initial news broke, there’s more information, but not a whole lot more. This past January at the Consumer Electronics Show (CES), several smart-gadget makers unveiled their HomeKit-compatible products, though a lot of them were simply mockups.

What will HomeKit work with?

There will be HomeKit certified smart-home products, which will communicate to an iPhone or iPad via Wi-Fi or Bluetooth LE. When Apple first announced the concept, it listed about a dozen partner companies, including Philips, Chamberlain, Kwickset, Withings, Netatmo, Cree, iHome, Haier, Sylvania, Honeywell and others. It’s likely that some currently available products will be able to be firmware upgraded to work with HomeKit, so there’s hope for that fill-in-the-blank smart device you already own and love. Read this article to see what HomeKit Apple home automation specific products were shown at CES.

While connecting directly to non HomeKit-certified products will probably not be in the plan, Apple does have allowances for devices to be bridged (though there are exceptions to that). For example, let’s say you have some Z-Wave contact sensors on your doors. If you use a HomeKit device that also can connect to your Z-Wave devices, then you’ll be able to use that device as a bridge. Some smart-home hubs, such as a smart hub by Insteon, will be able to bridge products this way.: Read about a HomeKit light bulb adapter, smart outlet and power strip.

Will HomeKit be more than an app?

Most HomeKit-certified products will be supplied with their own Apple apps so, for instance, you won’t need an entire smart home system if all you want is a door lock or a wet basement water sensor. In fact, just because you buy a product that is HomeKit certified, you won’t necessarily need to use any of the HomeKit features—the product’s own app will work fine without HomeKit, but HomeKit may offer it additional integration features. Within the HomeKit app (well, if there is an app—even that’s a little unclear) there will be the ability to link up with other HomeKit products, and manufacturers will need to follow Apple’s rules in doing so. Details of what Apple’s HomeKit app will exactly do are not yet fleshed out, but it will include the ability to group products into rooms and zones and create custom scenes (nothing that other smart-home systems can’t already do). Speculation is that it may be anything from a home automation version of the HealthKit app or similar to IFTTT (If This Then That) all the way to a full-fledged smart home interface. However, if you use Apple’s own HomeKit app to monitor or interact with your devices (rather than the device’s native app), it probably won’t include the same level of functionality, and might not allow interaction with non-HomeKit products.

HomeKit is mostly about Siri

One of the biggest benefits of using HomeKit with your home-automation system is that it combines the power of Siri voice control with your smart home. Currently people use Siri to send text messages, do web searches and ask for directions. With HomeKit you will be able to tell Siri to turn off your lights, adjust the thermostat and lock your doors at night. Apple HomeKit won’t be the first technology to bring voice control to home automation. There are several systems, both DIY (such as Lowe’s Iris) and professionally installed (such as VoicePod) that do this now. The difference is that people are already familiar and comfortable with using Siri for other functions, so using it for home automation will be an easy transition. Also, with most other voice-control applications, the user needs to go through several steps (unlock their phone, open the app, locate the voice-control icon and tap it) to access voice control. Because Siri is integrated into iOS, all you need to do is press the home button and speak. It’s likely that Siri will be the primary interface for the HomeKit system. Siri will be a big part of these Elgato HomeKit smart-home sensors.

Will there be a HomeKit hub?

Yes and no. There probably won’t be a main Apple HomeKit hub, though lots of people have conjectured that Apple TV will become that hub (the fact that Apple didn’t announce any hardware changes to Apple TV at the March 9th Apple Watch press event leads to further speculation that the company is still working on it). Apple has more or less confirmed that to use Siri from outside your home to control HomeKit devices will require an Apple TV because the system will use the media player as a network bridge to your HomeKit products.

There will be other hubs though. As noted earlier, Insteon has already announced that it will offer an Insteon smart-home hub that will work with HomeKit. This means that both HomeKit devices and Insteon devices will be able to integrate in one smart-home system. Other solutions will eventually emerge, though no other products have raised their hands yet to announce anything.

Will HomeKit beat out Z-Wave and other entrenched protocols?

Um, no. First off, while some people may think this whole smart-home market is new (and in a few ways, it is), protocols like Zigbee and Z-Wave have been around for years and have gone through several variations and are supported by many smart-home systems. What’s more likely is that HomeKit will be one of the options available to product developers as they design, build and market their new products. Read what the chairman of the Z-Wave Alliance has to say about Apple HomeKit and other smart home protocols.

For now, and probably forever, you won’t be able to buy products that only work with HomeKit. At minimum they’ll work directly with your iOS device via Wi-Fi and Bluetooth LE, and many will have other smart home wireless radios also installed. It’s probably best to think of HomeKit as another layer in a smart-home system, rather than the backbone of the system itself. My belief is that HomeKit will be especially good for people who are not committed to a whole home-automation system, but like the convenience of adding a smart device here and there, especially when the HomeKit layer lets them work together.

Remember, a lot of this is still speculation, because Apple isn’t revealing much yet. This article will be updated as we learn more.