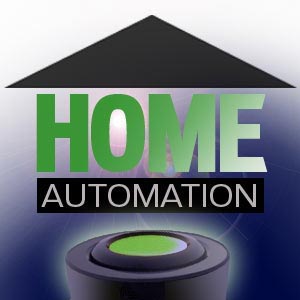 What are the most popular smart home automation technology systems that consumers install in their homes?
Statistically, alarm systems top the list, but that’s no fun. Home theaters and whole-house music systems generally come in second, followed by lighting controls, energy management and home automation. Home automation is basically the integration of two or more of these “subsystems” as they’re known.

Are these systems affordable for the average homeowner?
Absolutely. For less than $500, you can control some lights, a thermostat and your TV system. At that price, the system might pay for itself in a few short years if you use the technology to manage energy costs – cheaper than a solar power and fun to boot. Some DIY systems can give you integrated control and automation for very little money, while professionally installed systems generally over more advanced control, better interfaces, and more reliability. See how Savant is making smart home automation more affordable.

A professionally-installed automation system offering whole-house music, multiroom video, surveillance cameras, security system, lighting controls, smart thermostats and home automation can be had $5,000 to $10,000 (depending on the size of your home, the complexity of the programming and the number of integrated devices). That would include remote access via the Web or smart phone.

Many of the popular electronic systems today can and do provide automation functions. For example, most security systems can also interact with the lights. Advanced remote controls also can control the lights, as well as thermostats and your music collection … in addition to your A/V components.

Are home automation systems realistic for the average homeowner? Which systems seem the most practical?
So many people swear they don’t need this stuff and they would never use it. And then they’re 10 miles away from home wondering if they set back the thermostat or locked the doors.

What are some of the new systems on the technological cusp that we can look forward to?
The innovations emerging now are not so much new technologies as they are approachable technologies. Video conferencing, for example, has been around for years, but we believe that it will continue to get bigger in the home, particularly with more people working out of their homes. By then, it will be sufficiently cheap, simple and sociable.

Every year brings us much closer to cutting the cable/satellite cord. Millions have already done it, but they probably weren’t TV junkies to begin with. New partnerships with the studios and new devices that stream content over the Internet will make it more palatable for Modern Family addicts to say goodbye to cable (and hello to higher broadband bills).

Other technologies that are gaining steam include: thermostats that respond to real-time utility rates, voice-activated remote controls, automated door locks, and RFID tags (like they use in grocery stores) that help you manage household groceries, energy consumption, daily chores and even your children.

How close are we to the Jestons’ home, i.e., a fully automated home?
We were there 10 years ago. Pretty much anything you want to do with an automation system you can do fairly effortlessly.

See also: Walter Cronkite Was Right About the Home of the Future

Some systems today may seem futuristic to the lay person but they’re fairly hum-drum to people in the business — like having a TV rise from beneath the bed at the press of a button, or coordinating the motorized shades with the sun’s location and the indoor temperature.

The key is to make these solutions more accessible to regular people.

We still have a long way to go in the Jetsonian robotics department, though. The popular Roomba vacuum system not withstanding, we won’t be seeing motorized maids in the near future.

How much can you trust your home’s automation to take care of these details for you, i.e. to lock your doors, turn off the lights, etc? Are most pretty foolproof?
The individual systems in the home, such as lights, thermostats and security, are known as “subsystems.” The magic of a home automation system is that it affords much richer control and integration of these subsystems. Almost always, if the automation system fails, the subsystems keep on ticking. It just might be a little inconvenient for you. For example, you might not be able to turn off 20 lights at the press of a button, but you can still turn them off the old-fashioned way.