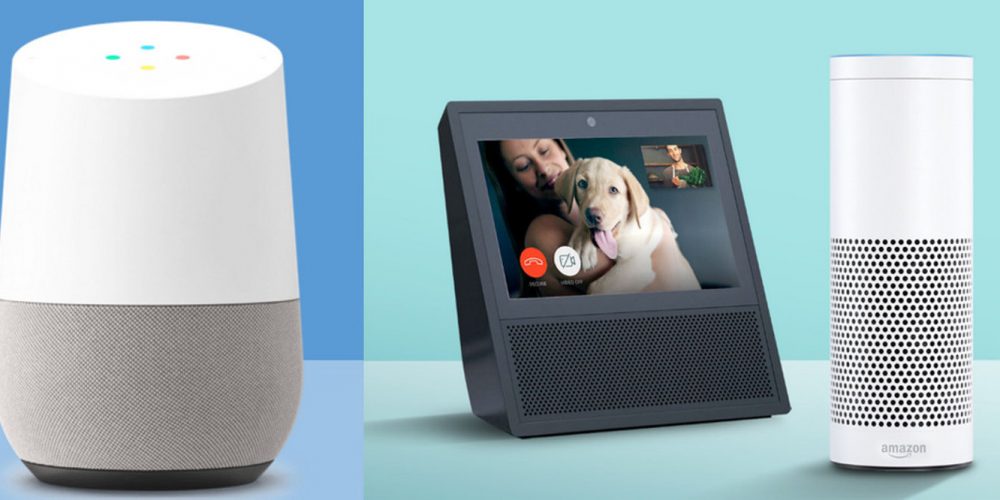 Call it a personal geek thing, or a professional endeavor – he needs to evaluate these products for possible integration with SnapAV – but Hess has a house full of DIY home-automation and networking gear, including Insteon, Ring, MyQ, Rachio, Nest thermostats, Nest Protect, Nest cameras, Wemo, Philips Hue, Cujo, Circle, and the list goes on.

Of course, Hess also has a ton of SnapAV gear, as well as home-automation systems from Control4 and URC.

He uses SnapAV’s OvrC cloud-based remote-management service to “tame all of these devices and keep them under control,” he says.

Hess agreed to share his experiences with his newest device – Amazon Echo Show – as well as other smart things in his home.

Not surprisingly, Hess preordered the Amazon Echo Show and, when it arrived, “promptly replaced my Echo in the kitchen.”

His first impression? “Not a big fan of the Show’s industrial design, but I recognize they are packing a lot inside.” 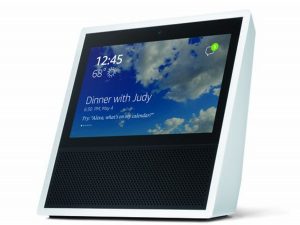 In general, users have panned the Show’s poor-quality video display, but even with a better screen, is there much use for the feature?

Hess says he’s “not finding much value in the display, but I know they [Amazon] will get it there.”

When the Show is idle, it scrolls through news on the screen, presenting “things we may not want our kids to see.”

With all his Alexa devices, he does like his calendar reviews (Google, Apple and Outlook) and news briefings; however, he doesn’t need the screen for that: “My Echo and Dots can give me that information as I get ready for work or make breakfast.”

The main problem with the display, he says, is that the Show lacks parental controls and the ability to lock out users by voice signature or other means.

He has two young kids and they “immediately figured out they could get their videos to play.”

Hess finds some consolation in the fact that the Amazon Fire tablet, at least, has a lock-out feature.

Also in the kid department, when the Show is idle, it scrolls through news on the screen, presenting “things we may not want our kids to see.”

And another thing, according to Hess: “It never goes to sleep so it always illuminates the room.”

For these reasons, he moved the Show to his office and brought the Echo back to Hess Central.

So how about that forward-facing camera on the Show?

“I’m willing to give up some privacy for the benefits these products offer,” Hess says. “I am a boring individual; there’s not much going on in my home to worry about mics throughout the house.”

Video, however, is a different story. Cameras built into voice assistants feel “a bit unnerving” to Hess.

The new Drop In feature lets users open up video chat with their close contacts – the contacts have to enable the feature – and then they can surreptitiously look and listen in, potentially unbeknownst to the other party.

Google defends this feature, saying it’s especially practical for parents looking in on their kids at home, or checking on their older parents in some remote location.

Everyone else is welcome to disable the feature.

As a CNET’s Chris Matyszczyk reports, “I know you’ll argue that you must pre-approve those who can barge right in. But haven’t you ever agreed to something a while back that suddenly rears its ugly behind and makes your life a misery?”

Before the calling and “Drop In” features hit the Echo Show, Amazon deployed it to Echo and Dot. Users can call rooms in the house, as in an intercom system, or other households who enable the feature for their contacts.

The feature seems to be a dud. One home-technology integrator commenting on RemoteCentral.com says, “I’m unimpressed with the drop in calling, at least on the Dots. The call quality is very poor and hard to hear. Maybe it’s better on the full size Echo or the Show.”

Hess responded in the forum, “I have one of each – Show, Echo and Dot, and have the same experience as you on all devices. Not to mention it sounds like half duplex with annoying latency rendering the feature useless. Going back to yelling at the kids!”

Video surveillance is a big miss for the Show, in Hess’s opinion. “Only cameras with cloud-based services can display on the screen,” he says “so that rules out most professional-grade cameras” (unless you have IC Realtime with ICMyCloud subscriptions for each camera).

For his part, Hess prefers native apps to scroll through multiple cameras, rather than having to call them out to Alexa, one camera at a time.

In particular, he says, “Ring’s video doorbell integration is pitifully weak.” He knows this from experience, but if you don’t believe him, check the Alexa Skills Store – 57% of users gave one-star reviews to the Ring Skill for Echo Show.

There are other glitches to work out in the camera department. Hess often plays Spotify through the Show – it displays cover art – but if he wants to see video from the Nest Cam, the music pauses.

“So there are a lot of nuances for the Alexa teams to work out,” he says.

“I am a big fan of what the Alexa teams are doing and we continue to explore ways to integrate our products in meaningful, useful ways for end users,” Hess concludes. “Their pace at launching features is amazing.

But Amazon better watch out because “Google is coming on strong,” says Hess, who points to Google’s ability to distinguish between users based on their voice signatures.

In the Hess household, Google Home sits right next to the Amazon Echo and “hands down out-performs on voice recognition and control of my DIY voice-supported devices.”

As a bonus, Google’s voice assistant certainly wins in the “search” department, and it handles complicated, multi-part communications with aplomb.

Hess admits to being a Google fanboy, loving the one-stop shop for Gmail, calendars, contacts, maps and other Google services, all of which connect seamlessly with his Pixel phone and Android Watch.

“It’s scary how much Google knows about me,” he says, “but the tools are powerful, especially when I travel.”

Hess’s final word: “My kids love Alexa. My 5-year-old daughter uses it to play all of her favorite music so she can dance and sing along for hours. But we turn to Google for trivia and other things that require a little more intelligence than Alexa’s relatively underdeveloped brain can handle.”

As for Siri, it barely belongs in the same conversation as Alexa and Google Home, so to speak. Hess dismisses it as a device that “lags way behind and goes unused in our house.”