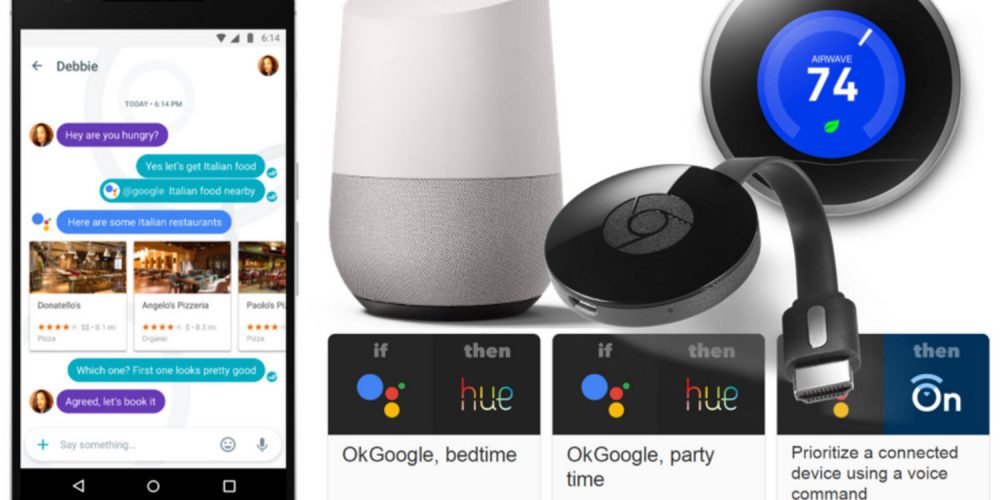 Google Home, the smart home hub that could put Amazon Echo (Alexa) to shame, was announced recently with a new speech-recognition engine called Google Assistant. At the same time, the company introduced the Pixel mobile phone with the new voice-control platform onboard. (Assistant is not available for other Android phones, except through a complicated hack for Nougat-enabled models.)

Shipping in November, the $130 Google Home will integrate with IP-enabled home automation devices such as Google’s own Nest thermostats and smoke detectors, as well as SmartThings, Philips Hue and the IFTTT smart-home rules engine, which supports thousands of smart devices and services.

Toss in Google’s “Cast” ecosystem for casting music and video to speakers and TVs, and you have a pretty powerful Made by Google ecosystem that Amazon can’t (yet) touch, although Apple might be able to pull it off with Siri, Apple TV and HomeKit.

Google just revamped and renamed its Google Cast app to Google Home to present one unified package for whole-house control, including A/V.

With a Chromecast HDMI stick plugged into a TV, users can simply ask Google Home to launch a specific show from any number of Chromecast-enabled apps including HBO Now, Netflix, Hulu and YouTube.

From there, it should be simple enough to create home-control scenes that include audio and video – a feat that has been relatively complicated in the DIY home automation space.

On top of all of this, Google is creating the networking infrastructure to support its IoT empire. The IFTTT-compatible OnHub router is already shipping, and the company soon will release Google Wifi [sic], a wireless mesh-networking ecosystem akin to eero and Luma.

On a final note, Google’s new Allo instant-messaging app also works with Google Assistant, so users could get pretty used to conversing with Google’s speech engine, which harnesses the power of Google’s search engine for a far more conversational, intuitive and practical experience than Siri and Alexa currently provide.

The Google Assistant API will be open to developers in December, but even before then, at least one developer, Chowmain, is ready to go with a driver for Control4, a leading home automation provider.