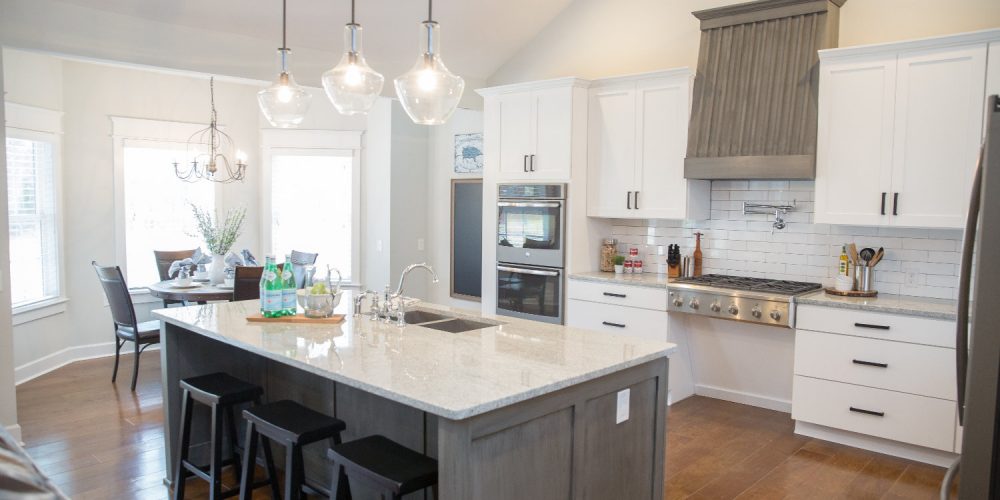 U.S. Army Sergeant Franz Walkup was stationed in Afghanistan in 2012 when he was ambushed and shot five times by Afghan National Army soldiers. Upon returning to Woodbury, Tenn., with severe injuries, the Gary Sinise Foundation learned about his service and selected him to be a recipient of a specially adapted smart home, granted through its R.I.S.E. program (Restoring Independence Supporting Empowerment). With donor participation from manufacturers like Core Brands, the Foundation was able to build a fully customized smart home to help Sgt. Walkup adjust to life back in the United States.

“Our goal is to provide American heroes with a completely customized, specially adapted smart home that gives them as much independence as possible,” says Judith Otter, executive director of the Gary Sinise Foundation. “The home for Sgt. Walkup was built to make his life at home as seamless as it could be with customized design features and smart home technology. Franz’ short-term goals are to continue to heal and be able to walk. He has spent the last year at the Colorado School of Trades where he pursued his passion for gunsmithing, which he hopes will turn into a career.”

Local technology integrator Aaron Lawrence of Audio Video Elements built the smart home infrastructure around an ELAN Entertainment & Control System. With ELAN, Sgt. Walkup can manipulate the home’s audio, video, lighting, security, climate, and irrigation with the swipe of a finger on a touch panel, remote, or Apple iPad.

“Since Sgt. Walkup is in a wheelchair, we installed two ELAN gPT7 touch panels in the master bedroom and living room at switch height, which is lower on the wall for him to access,” Lawrence explains. “We also configured three ELAN HR200 remotes to control the system, which he could use anywhere within the home.”

The ELAN system makes previously complicated processes simpler for Sgt. Walkup. It gives him the ability to instantly adjust the lights through an integrated Lutron lighting system, and he can change the temperature in any room of the home through the ELAN app. “Sgt. Walkup does not need to reach for the lights, or ask his wife to turn them on,” Lawrence continues. “The user-friendly ELAN app allows him to control all these systems remotely through one interface.”

Sgt. Walkup uses the ELAN Intercom feature to see who is at the door without physically having to open it. The system pulls high bitrate video from the home’s front door security cameras and door stations, and dynamically transcodes those videos in real-time, delivering them directly to his mobile device.

“The home’s six-zone audio system is able to be controlled both indoors and outdoors with the touch of a button,” Lawrence comments. “We configured the home’s outdoor porch to act as one big zone or to break up into multiple zones which is a very unique component. Sgt. Walkup and his wife can listen to whatever they want, wherever they want, and it’s easy.”

In addition to providing one-touch control, ELAN enables the configuration of automated scenes that perform a variety of different actions on a single command. For example, Lawrence and his team designed a scene that turns all entertainment components on or off with a simple tap. “All of the home’s TVs and audio will shut off with one simple tap on the customized ‘on’ or ‘off’ button that we designed,” he says. “ELAN enables Sgt. Walkup to simply and easily configure any control capabilities that he’d like.”

Lawrence used a Gefen 4K Ultra HD 4×4 HDMI Matrix switcher to distribute content to three Samsung TVs throughout the residence. Additionally, to protect the system from power surges, Audio Video Elements installed a Panamax M4315-PRO with BlueBOLT remote energy management and a Furman F1500 battery back-up/ with power conditioning and surge protection. “Power protection is so important,” Lawrence comments, “especially when an A/V system is critical to the homeowner’s everyday life. We protected and backed up the technology to make sure that no surge would knock out the entire system.”

The home’s physical characteristics were built to accommodate for Sgt. Walkup’s needs, as well. The home was built as a single floor ranch with plenty of open floor space for easy accessibility. Each room was designed so that Sgt. Walkup can use it independently. The kitchen, for example, includes an island with a recessed bottom so that Sgt. Walkup’s wheelchair can easily move beneath it, while the stove, cabinets and refrigerator are all positioned at an accessible height.

“The single-floor ranch design really allows Sgt. Walkup to move about the home easily and take advantage of all of its amenities,” says director of operations for the R.I.S.E. program Scott Schaeperkoetter. “He has gained a significant amount of independence in his new specially adapted home, and we are so proud to honor his service and make it possible.”