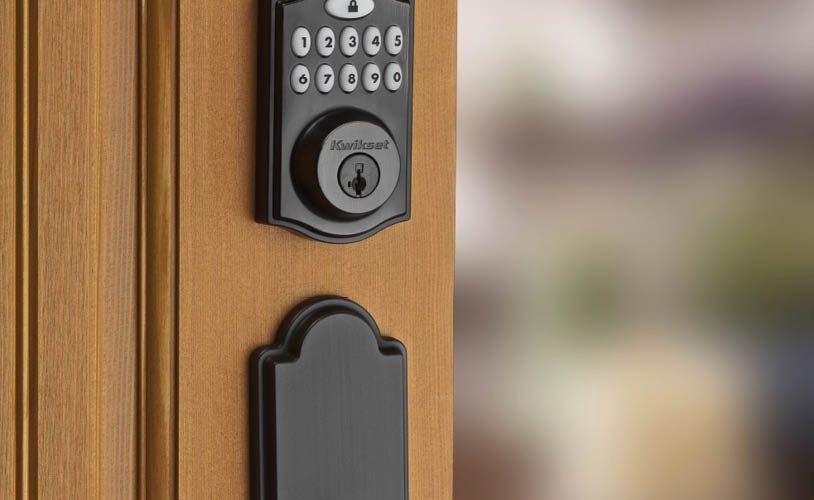 If someone asked you to name the electronic device that has undergone the most dramatic transformation over the last decade, you might be tempted to say the cellphone. You may be right, but if you said the lock on your front door, you’d make a pretty compelling case.

The fact is, the last 10 years have seen the unassuming front door lock undergo a startling metamorphosis: from solely a security device into an electronic marvel, a gateway into a world of information, convenience, and lifestyle enhancement—all while maintaining the high level of security for which homeowners buy these locks in the first place.

Electronic locks, which today are primarily available in touchscreen or keypad versions, date back to the late 1970s and were used primarily in commercial and enterprise applications, but made their way into the higher-end residential market roughly a dozen years ago. The first widely available mass market lock that had success in North America was the Weiser Powerbolt, in the mid-1990s. For a decade, its presence was unchallenged; soon thereafter, Kwikset adopted its own version for Black & Decker.

The state of the electronic lock remained virtually unchanged through the late 1990s, with few significant improvements. Then, in 2007, noted lock manufacturer Schlage launched its own residential platform, which included both lever and deadbolt versions. Schlage’s success significantly pushed the state-of-the-art in the electronic lock category. Then, in 2008, Kwikset launched its new SmartCode platform, followed by a host of similar products over the next few years. Both Schlage and Kwikset became innovators in this area by adding radio frequency (RF) capabilities to their locks.

Shortly thereafter, Yale released its own version, the Real Living Lock, which allows the user to control virtually every system in their residence through any one of today’s powerful home automation systems.

Look Ma, No Keys
Initially, the biggest lure of electronic locks was the keyless aspect. However, they weren’t aesthetically appealing or functionally robust; most of the early versions weren’t even graded (traditional mechanical residential deadbolt locks are graded ANSI 1, 2, and 3, depending on their security and durability, with “1” being the best). So consumers who were buying these locks were unquestionably sacrificing performance for the convenience of keyless entry.

This has changed dramatically, as electronic locks have transformed from simple electronic versions of their mechanical cousins to “intelligent” locks, capable of providing the user not only with superior functionality but with important information that can help them make decisions about their daily routine, as well as their security. Many of today’s smart locks, whether powered by Z-Wave, ZigBee, Wi-Fi, Bluetooth or other smart home communications platforms, can be quickly and easily connected to a home automation system. By doing so, they can be locked and unlocked remotely using a smartphone or other web-enabled device. They can also become the centerpiece of a complete home automation scenario by allowing homeowners, with the simple act of unlocking and locking the front door, to have their home’s A/V, lighting, heating/cooling, and motorized shading systems set up appropriately for their departure or return.

This intelligence is derived from the addition of modern microelectronic controllers to the lock mechanism. As a result, these locks are empowered to make local decisions by passing information back and forth to the controller via low power radio frequency (RF). Once a PIN code is entered into the lock’s keypad or touchscreen, that information is reported back to the controller, which then allows the user to access information, such as a complete audit trail of who accessed the lock and when. These types of locks are available from the major industry manufacturers, such as Kwikset, Yale, and Schlage; many of the newer players, such as August, Poly-Control (Danalock), and Goji are working on adding connectivity capabilities to their current offerings.

Ultimately, all smart locks have a number of critical functions in common—functions which the buyer should consider “non-negotiable” in any smart lock purchase:

To Control or Not Control?
The first step in any smart lock purchase is to determine whether you are looking solely for access control or the ability to create and control entire home automation scenarios from your door. If it’s the latter, Kwikset, Schlage, and Yale are your best candidates. If it’s the former, you open up your universe to a number of additional products, including those from Goji, August, Danalock, Lockitron, and a host of others.

Within the total home control arena, each of the primary players offers some notable features. Check out the slideshow below to check them out.

Art Sesnovich is the co-founder and principal of Bulldog Communications, a full-service public relations and advertising firm located in North Andover, Mass.: His firm has represents numerous companies in the smart home and connected device markets.