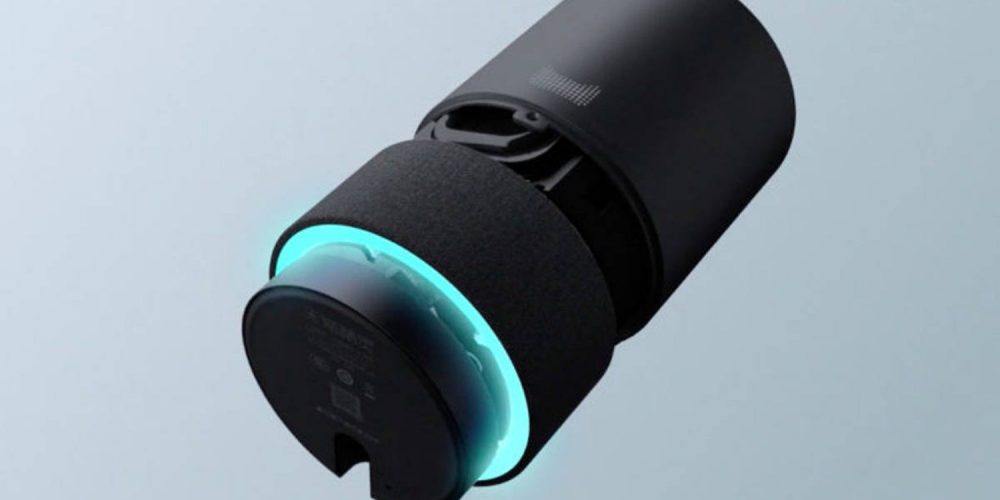 The race to the bottom in voice control smart speakers has officially begun. Alibaba, the Chinese version of Amazon, has unveiled its $73 Tianmao JinglingX1, or Alibaba Tmall Genie X1 for short. The device is only available in China for now and only speaks in Mandarin. According to CNBC, two other giant Asian firms have also unveiled voice control smart speakers: search company Baidu with its Xiaoyu Zaijia and e-commerce company JD.com with its LingLong DingDong.

These new players come on the heels of Apple’s recent HomePod unveiling, which carries a much heftier $349 price tag. Apple’s approach is a higher-end play, coming in at a much higher price tag than rivals Amazon Echo and Google Home while targeting Sonos on the audio quality side. Meanwhile, news reports from Techcrunch indicate that Samsung will migrate its Galaxy phone voice control system, dubbed Bixby, into its own voice control smart speaker. The code name for the Samsung unit is “Vega,” according to Techcrunch.

According to CNBC, an Alibaba executive said during a press conference the X1 already has “hundreds of skills” in music, entertainment, online shopping, fitness, and education. The Tmall Genie X1 goes on sale August 8.

So is there room in the market for all of these smart speakers? According to the research firm EMarketer, nearly 36 million Americans will use a smart speaker at least once a month during 2017. This represents a jump of almost 130 percent over last year, and may indicate that the market is still ripe for other voice control options.

The bigger question might b for which applications will smart speakers be most used? More specifically, will these devices be used to carry out commands to lighting, thermostats, A/V equipment and other electronic components in the home? According to a recent study from comScore, it may take some time to get to that point, as most people today continue to use smart, voice controlled speakers for basic tasks like playing music, getting the weather report, or hearing the news. The most common request of smart speakers is that they answer general questions. 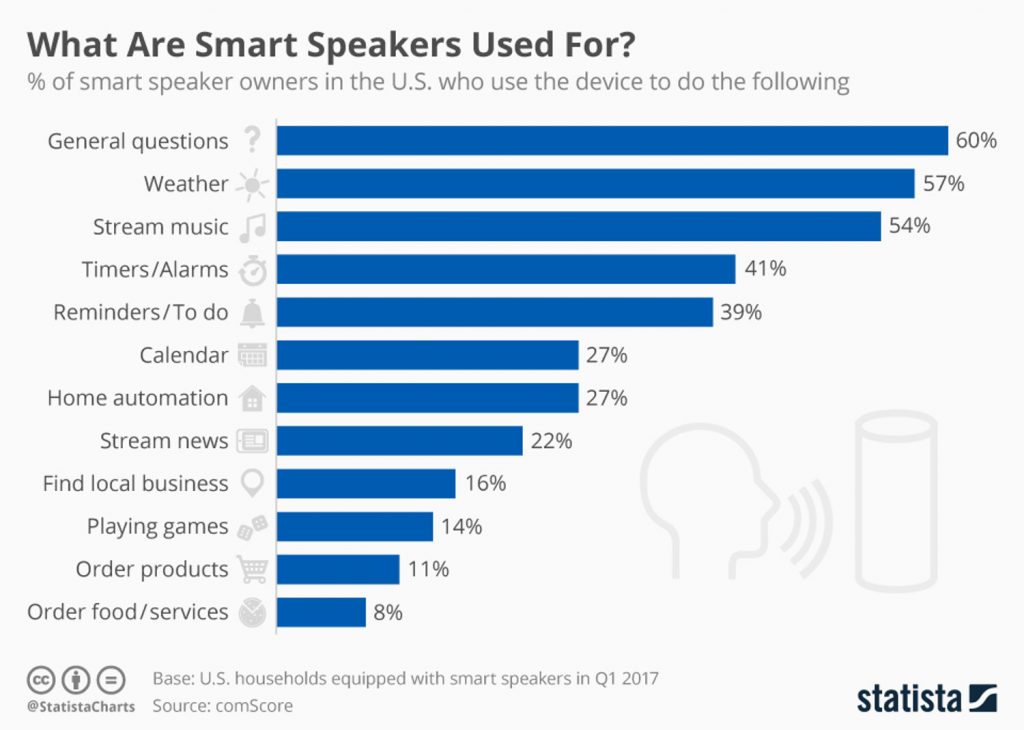 It appears as if consumers are still utilizing mainly keypads, remotes and touchpanels to issue commands to smart home devices. The reason might stem from the fact that some commands need to be phrased a certain way, which can be hard to remember or feel unnatural.

At an HTSA (Home Technology Specialists of America) conference last year in Chicago home systems professionals commented that voice should be thought of as a complement to other home control interfaces—remote controls, touchpanels, and mobile apps—not a replacement. There will be applications for voice, like activating the lights when you walk into the house holding bags of groceries, an applications for traditional interfaces, like adjust the volume of a music system or unlocking the smart lock on your front door.