Branto Orb Can Cut Down the Connected Clutter - Electronic House ​​ 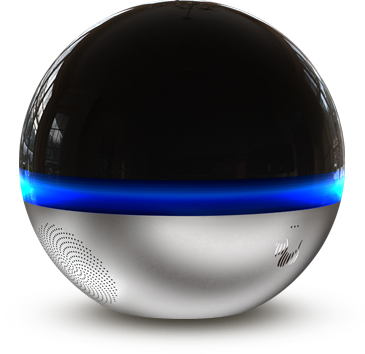 We have so many smart devices these days. Wireless home security cameras, thermostats, sensors, TVs, media streamers, and more; the smart home is starting to look like the cluttered home. However, Branto is taking some of those smart options and smushing them into a small, circular security device known as the Orb.

The Branto Orb is “a personal smart assistant,” which packs in remote control, videoconferencing, music streaming and more. However, it doesn’t take up a lot of space. In fact, it rolls all of those features into a device that’s about the size of most wireless home security cameras—maybe even smaller!

“Currently, many people have several single-use smart devices. How much does it cost to have so many products? Isn’t this a big hassle? Branto integrates the most widely-used applications of single-use smart devices into one multifunction, integrated smart device,” says the company’s announcement. “It’s a home security device. It’s a media streaming device. It’s an infrared blaster and hub that controls televisions, DVRs, computers and other technological devices.”

If you’re looking at wireless home security cameras, know that the Branto Orb boasts full HD and the ability to rotate 360 degrees, so you can see every inch of your room. It even has bi-directional microphones, so you can hear almost as much as you see. Two-way audio also makes it possible for you to communicate back and forth. Other features include night vision, motion and sound detectors, and the ability to receive alerts right on your smart devices.

If you’d prefer something bigger, the Branto Orb can connect to the TV, so you can make video calls. It even provides audio streaming, so you can listen to music, radio and audiobooks right through the Branto Orb’s built-in speaker or an external speaker (not included).

Of course, the really interesting perk is the control option—and the Branto Orb is all about the options. It can communicate with infrared (IR) devices, such as TVs, media streamers, lights, thermostats, and even air conditioners. So no device is left out, the Branto also supports ZigBee 2.0, WiFi and Bluetooth. The company says that users can even network two or more Brantos for a complete, whole-house solution.

“Branto can be the eyes, ears, voice and even hands of millions of homeowners,” said Nick Bogun, CTO of Branto Inc.

Branto is currently seeking funding for the Orb on Indiegogo. At last peek, the company had smashed through its $50,000 goal, with just days left to go on the campaign. To secure a Branto, you’ll need to pledge a minimum of $279. The company then plans to start shipping out initial products sometime this December.