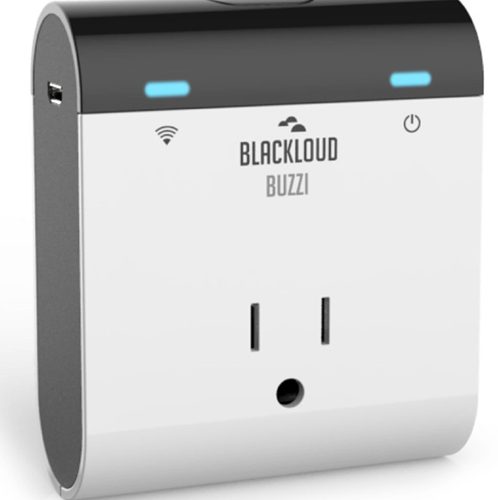 It’s not always easy to automate everything in an existing home. However, Blackloud is making home automation as easy as plugging something into an outlet. The company just released the Buzzi, a new WiFi-enabled smart plug that allows you to control home electronics from almost anywhere using a smartphone or other compatible wireless device.

Of course, we’ve seen plenty of smart plugs before. Like those other devices, the Buzzi acts as the middleman between your device (like a lamp, curling iron, TV, etc.) and the outlet. However, this one promises a little cloud-based technology, so it can link multiple power outlets to your favorite portable.

To use the Buzzi, just download the free iOS and/or Android apps. Once that’s in the mix, you can turn connected devices on and off remotely, as well as set schedules so that devices power off and on based on your daily routine. The Buzzi even has an option to arrange devices in groups so you can power multiple items on and off at the touch of one button. Another interesting perk are the “scenes,” which can toggle select Buzzi units when others are turned off.

Every Buzzi also has an infrared transmitter, which means it can be used as a remote for TVs, stereos, and other IR-capable devices.

Blackloud currently lists the Buzzi as “sold out” on the company’s website. However, it’s available elsewhere on the web, with an MSRP of $99.99.