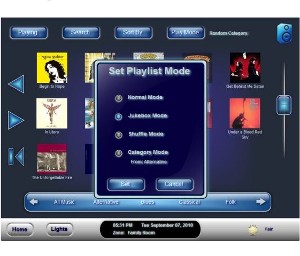 Smaller unheralded home automation manufacturers often bring cutting-edge advancement to the market. Indeed, some integrators prefer to work with smaller suppliers, citing responsiveness to both the dealer and the marketplace. With the advent of crowdfunding, there is greater potential for many upstarts to create sustainable businesses.

Many of these systems are for people comfortable with installing and programming themselves, while others require that you call a professional in for the project. Some of these companies are not necessarily new, but merely have fallen off the radar in the media and at trade shows. And some aren’t necessarily small, but are new to the whole-house automation category.

Here’s a quick rundown of some of the unheralded companies that you may have never heard of, or might already be using.

Note that the products listed are sold direct to consumers unless they are marked [Pro only].

Cinetouch: Originally developed as a programming overlay for AMX systems but has moved into Crestron software as well, allowing dealers to mix and match systems. Ask Cindy is the company’s voice-control module. [Pro only]

Clare Controls: Cloud-based home automation using Apple iOS as the base. A secure, cloud-based portal that lets integrators manage remotely using the Fusion Configuration Tool that lives in the Cloud. [Pro only]

Command Fusion: Began life as an overlay for Crestron systems, making them easier to program and use. Now CF has a full slate of hardware, including DIN rail solutions, for a complete home control system. CF also introduced two new apps to its portfolio: iViewer Lite for iOS and iViewer 4 for Android.

Cortexa Automation: Supports the gamut of home-control subsystems and offers a service for hotels and hospitality markets. Monthly fee for monitoring and control is $4.17.

Fibaro: Home Center 2 offers Z-Wave-enabled control of traditional subsystems and includes a rich interface for motorized shades that knows the exact position of the shades.This one appears to be for Europe only.

Read: IP Is the Future of Home Automation

GrandCare Systems: Targeting the aging-in-place market, this standalone system combines aspects of home automation, online communications and healthcare (telehealth) that is easy to use for seniors. [Pro only]

Greenwave Reality: Centered around energy management, the Smart Home monitoring and control platform includes a gateway that implements ZigBee, Z-Wave and 6loWPAN. Read our review of the TCP Wireless LED Light System, which is based on Greenwave Reality technology.

iRidium Mobile: Home control software for residential and commercial applications with optional GUI software and Ready Script modules for a number of devices including Sonos and XBMC.

Mi Casa Verde: VeraLite and Vera3 smart controllers manage up to 200 devices, with built-in Wi-Fi and two USB slots for Z-Wave sticks or other protocol-enabling devices.

OnControls: A cloud-based home automation solution that stores the programming in the cloud, OnControls makes it easy for the custom installer to modify programming remotely. [Pro only]

Perceptive Automation: One of the original providers of home automation software for all Apple environments, with a strong user community.

Schneider Electric: The Wiser home management system targets energy savings, touting its ability to connect with utilities to reduce or shift energy use during peak times. [Pro only]

Turn it On (TiO): New Android-based system rising from the ashes of 3vNet. [Pro only]