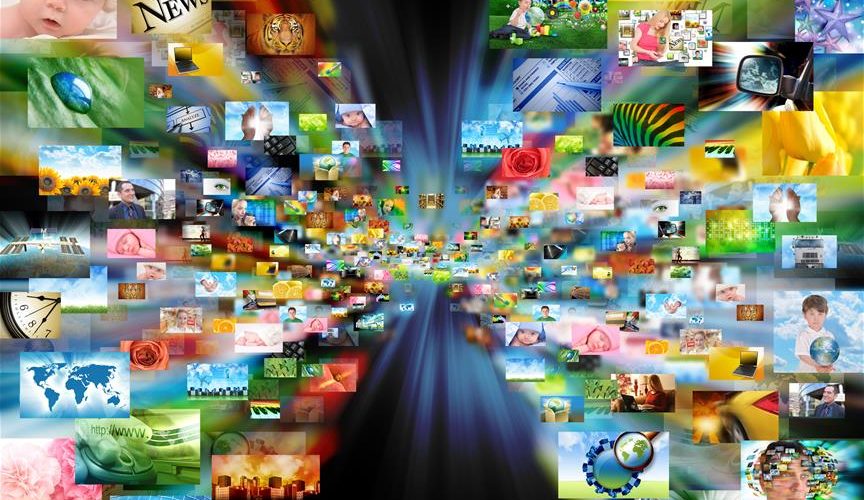 Feeling overwhelmed? Of course you are. We all are, to some extent. We’re on a ride that’s getting ever faster, a ride powered by the “Law of Accelerating Returns.”

This premise, famously posited by Google Futurist Ray Kurzweil, states that information technology is growing — and learning — exponentially. Humans don’t operate that way — we are, by our nature, linear — but the machines we’ve created have the ability to double their “thinking” power at a startling rate. Exponentially, in fact.

As people, we plod along. We proceed in simple steps, one after another. As Kurzweil told the Financial Times, “30 steps linearly gets you to 30. One, two, three, four; step 30 you’re at 30. With exponential growth, it’s one, two, four, eight. Step 30, you’re at a billion.”

And what does this mean to you?

How soon will the LANs become obsolete? When will copper wire disappear? When will home appliances learn to repair themselves? (Short answer to all three questions: Perhaps sooner than we think.)

Pedigo and 16 volunteers have created the CEDIA Technology Council, a group that discusses these very things and attempts to make concrete predictions regarding what’s next in the smart home industry. Their most recent project: creating a list of 100 predictions for the year 2020 — a list that includes everything from the birth of the residential “social robot” to the end of copper wire.

In order to wrap our collective skulls around these emerging concepts and the products they’ll spawn, we’ll break them down into 10 lists of 10 — yes, linear lists written by a human for consumption by other humans. (A machine can’t quite write articles like these. Yet.) In other articles to follow, we’ll take some deeper dives into the impact a dozen or so of these developments will have on the smart home industry and the wider global implications for these accelerating technologies.

Without further fanfare, let’s look at the first 10 predictions, in no particular order.

Prediction 1: Mixed reality rooms will begin to replace home theater. You might be familiar with virtual reality headsets that envelop the eyes and provide a view that’s closed off — a movie with you as the camera, to oversimplify. There’s also “augmented reality,” technology that overlays some kind of digital information over your real-life experience. Combine those two concepts and you get a buzz-term called “mixed reality.”

Here’s how it might work: You could be looking at an ordinary table, but see an interactive virtual world from the video game Minecraft sitting on top of it. As you walk around, the virtual landscape holds its position, and when you lean in close, it gets closer in the way a real object would. Can a “holographic” cinema experience really be that far off? With 3D sound? And Smell-O-Vision?

Prediction 2: Contact lenses will include displays — and even cameras. These are extensions of the “augmented reality” above, but they’ll be wonderfully interactive: In addition to adding data in the most heads-up display conceivable, imagine literally wearing a lens-sized video camera to capture your daughter’s recital.

Prediction 3: We’ll consume media with high-resolution video glasses. The hi-res tech that’s getting ever more complex on your home screens will be quite wearable in the near future. (And there’s much more to be written about just how “hi” that “res” can get.)

Prediction 4: Implantables will become the new wearables. Don’t get too nervous about this: Yes, we’ve heard the story about a Finnish hacker who lost part of his finger in a motorcycle wreck and replaced it with a thumb drive. The term “implantable” can easily mean something as removable as the aforementioned contact lens. (And yes, we realize that Prediction 4 means that Prediction 2 will eventually overtake 3. Or something.)


Prediction 5: Predictive algorithms will replace conditional logic. Clearly, great minds program alike. At the same time the Tech Council was building its list this spring, Wired magazine dropped a cover story that outlined this very concept. In the piece, titled “The End of Code,” Jason Tanz broke the idea down beautifully:

In traditional programming, an engineer writes explicit, step-by-step instructions for the computer to follow. With machine learning, programmers don’t encode computers with instructions. They train them. If you want to teach a neural network to recognize a cat, for instance, you don’t tell it to look for whiskers, ears, fur, and eyes. You simply show it thousands and thousands of photos of cats, and eventually it works things out. If it keeps misclassifying foxes as cats, you don’t rewrite the code. You just keep coaching it.

It’s already happening, of course: How do you think Facebook knows who you’re looking at when it asks you if you want to tag your brother-in-law in that backyard barbecue photo?

Prediction 6: The intelligent kitchen will ensure you never burn another burger. Robotic arms will stir your sauce. Your countertops will become touch screens. Sensors will shut off burners the moment internal meat temps hit the desired doneness. The possibilities are endless, and their earliest application is something that Pedigo himself wrote about in 2012 in a piece called “The Internet of Things Tastes Delicious,” in which a sensor told his smartphone that his New York strip was cooked correctly.

Prediction 7: AI and machine learning will monitor — and fix — your home. Imagine artificially intelligent plumbing. Imagine that plumbing develops a leak, which triggers a moisture sensor, which tracks the failed pipe or coupling, which orders a small machine loaded with high-tech sealant to close the leak — and orders a second machine to mop up. Imagine the report that comes to your smartphone: “Leak detected, problem resolved, no further action needed.” Now imagine not having to file an insurance claim. (By the way: This is merely one of an infinite number of scenarios that we’ll be pondering for future articles. We have a feeling this one’s a biggie.)

Prediction 8: 16K 16-bit high-frame-rate content is emerging. We could dive seriously into some high- tech weeds here, but Pedigo gave us this hyper-concrete example: The shades of red, blue, and green you can see now on a state-of-the art screen? It’s in the hundreds. Shortly it’ll be in the tens — then hundreds — of thousands.

Prediction 9: Copper wire is coming to the end of its useful application. Soon there will simply be too much data coming down the line for that metal conduit to handle. If your fortunes were made from copper mining, it might be a good time to invest in fiber-optics.

Prediction 10: Video will be decoded and rendered at its device. We could get super-wonky with this explanation, but we’ll leave it here — everything you stream is about to get a lot more efficient, not to mention higher-def.

Next: Predictions 11 through 20 envision a world where apps live right on the walls of a home, personal audio will become astonishingly immersive, and over-the-air TV will include exactly two kinds of content: news and sports. See you in the future.