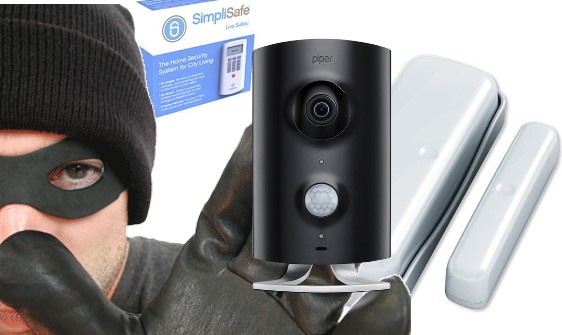 Home monitoring systems aren’t just for people who own large homes. A home is anywhere you lay your head down and toss your car keys at the end of the day. Even apartment dwellers want to keep an eye on their valuables when they’re away and want the sense of safety a security system can provide. Many DIY home security systems are inexpensive and easy to install, and they’re well-suited to apartment living.

One of the things that keeps many apartment dwellers from even considering a home monitoring solution is the problem of installation. Often leases prevent people from drilling holes or making permanent installations, and even when those kinds of changes are allowed, apartment-livers may be unwilling to do that kind of work if they know they’ll just have to patch the holes up or pull the wires out in a year.

If you live in an apartment and you can’t (or don’t want to) make large holes or significant changes to your home’s walls, doors or windows, there are a lot of good options for you. Here’s a rundown of some of the features you should look for in a DIY security system for apartments.

Wireless: The best thing to come to DIY home security systems (and smart home systems too) has been the development of wireless technology. There are several types of wireless communication systems in home security products, but most of the ones you’ll run into will include Wi-Fi, Zigbee or Z-Wave (and sometimes all three in the same products. Most DIY security cameras connect to your home network over Wi-Fi. Door and window sensors and motion detectors most often use Z-Wave or Zigbee to communicate back to the system’s main hub.

No permanent installation: Security cameras used to require permanent (or semi-permanent) installation, but many wireless cameras these days can be simply placed on a shelf or table or hung in an out-of-the-way place on a wall with a picture hanger. Most will need to be within reach of an electrical outlet, but that’s as far as the installation goes. Most DIY home security systems use apps for smartphones or tablets rather than an in-wall keypad, so you won’t have to attach a control panel to the wall either.

Any security system needs door and window sensors to let you know when your fortress has been breached without your consent. While some professional systems will drill into door frames to install (and hide) those devices, most DIY contact sensors apply with double-sided tape or similar sticky device. This also makes them easy to take down when you move.

No contract: While a few DIY smart home and security systems require a monthly fee for monitoring (Wink does, and the Lowe’s Iris system only allows basic functions for free), there are many that will cost you nothing beyond the price of the product. Of course, those no-contract systems mean you’re in charge of monitoring it. If your phone displays an alert that the door was opened, you’re on your own to do something about it.

Perfect for just a few rooms: If your apartment basically has just one or two places where a stranger could access it, then you don’t need an elaborate setup. One wireless security camera and a door or window sensor will probably be all you need to keep tabs on your flat.

Smart apartment locks: What do you do if you want a smart lock to protect your front door, but your landlord won’t let you change the lock? Rather than anger you landlord, you can add a smart lock controller that doesn’t change the original deadbolt or replace the key. The August Smart Lock and the DanaLock use the deadbolt and cylinder from your original lock, so the key stays the same. Only now you’ll be alerted through your smart phone if your landlord opens the door when you’re not home.

It’s portable: If you move a lot, don’t worry, most DIY home security systems are easily portable. Just peel the contact sensors off the door frames and window sills, pick up your surveillance camera and unplug the main system hub (if it uses one), and take the whole thing to your next place.