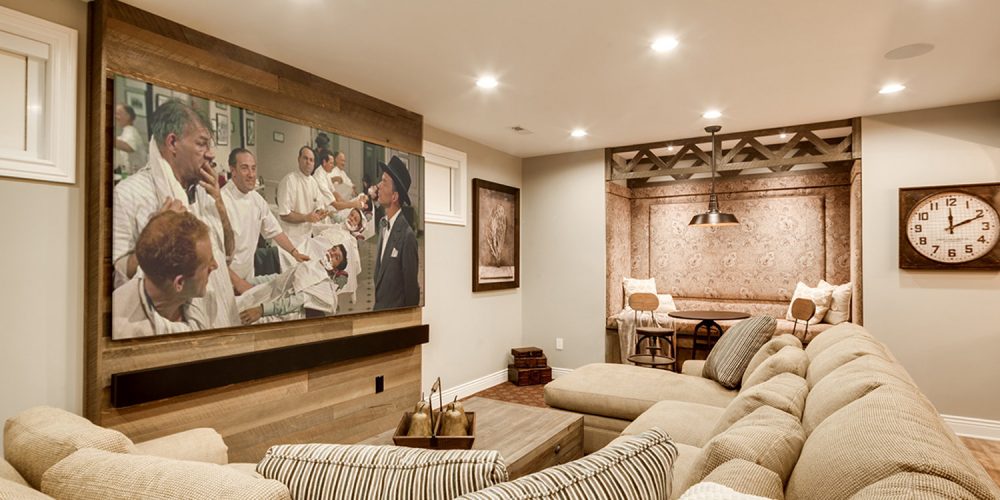 The owner of this award-winning entertainment room had a finished basement that was used both as an entertainment space and a gym, but neither felt quite right. The gym wasn’t large enough for all the equipment and it didn’t offer adequate space for aerobic activities; the entertainment system was not up to par with what he wanted and the space didn’t flow.

His biggest requests of Timonium, Md.-based Gramophone were for an open entertainment area and for the gym to feel like it was part of the space. Although some ceiling and lolly column restraints challenged the layout, according to Gramophone’s Jo Bayne, the result is a retrofitted space in which the details look like they’ve always been there. The design includes a bar, gaming area, and theater screen that can be seen throughout. Gramophone increased the size of the gym and built a full glass wall so it flows into the rest of the area. The massive redo earned Electronic House Home of the Year honors as the Bronze Best Casual Entertainment Space.

For expanded functionality throughout the home, Gramophone provided a whole-house electrical overhaul, and made sure all technologies including HVAC, lighting, and A/V could be operated via mobile devices. The theater area features an Epson projector and 100-inch Screen Innovations Zero Edge screen, with custom Leon Speakers soundbar extending across the bottom. 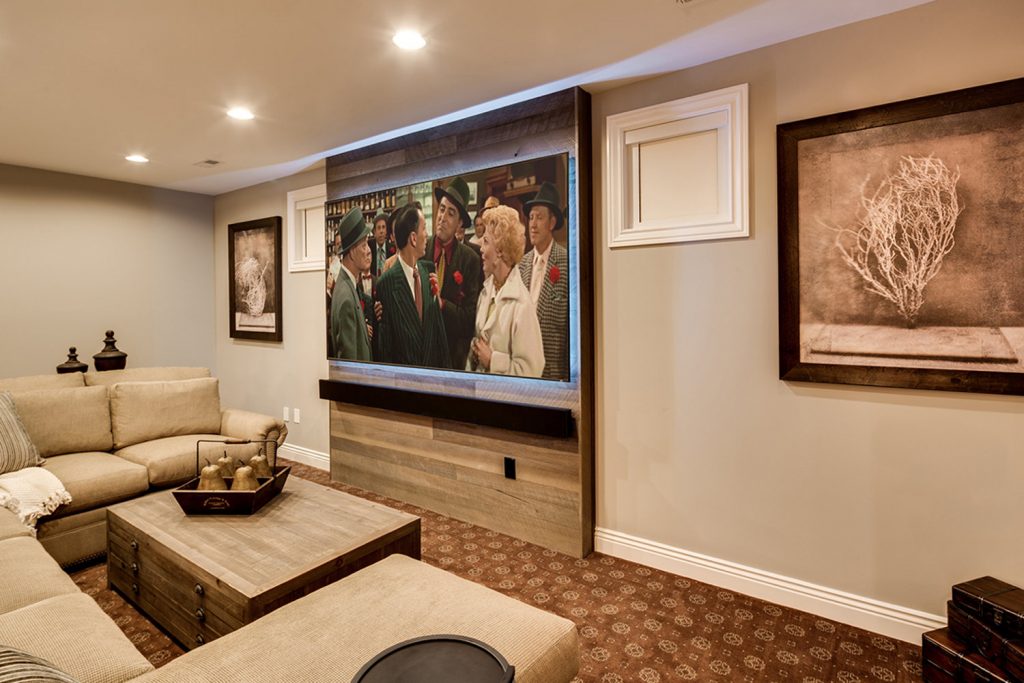 Each room was outfitted with a Lutron dimming panel and connected to a Savant control system. “Personal touches included custom beer taps to highlight the client’s favorite brews as well as purple heart bow tie joints, and railroad tie hooks in the gym that were specifically selected to tie into the ‘reclaimed’ design of the space,” says Bayne. “Rustic wood columns and rafters, weathered brick, and an exposed metal support beam all add to this design effect becoming real.”