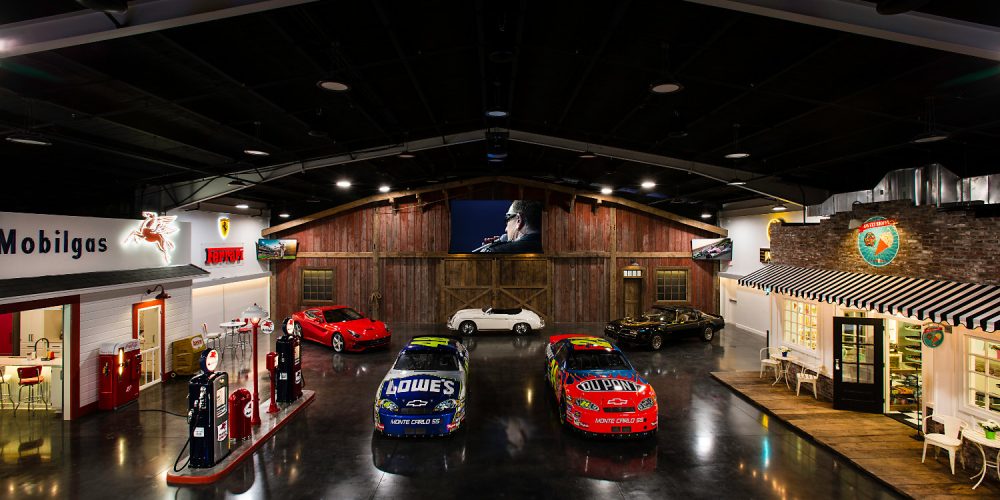 The DMV is no place for fun, what with the excruciatingly long wait, the cost to renew your driver’s license and the metal, unforgiving chairs. But the owner of this luxury home has given the nomenclature a whole new level of class, by creating an automated showroom for an impressive collection of rare luxury vehicles and authentic race cars.

“He wanted a trophy room of sorts, a gallery where he could showcase his cars under one roof and host events and dinners,” says Ryan Sullivan, owner of BlueSpeed AV, Bixby, OK, of the purpose behind this unique, 7,000-square-foot space. It was a feat that earned the project a Gold Award for the Electronic House Home of the Year category of Best Unique Space. 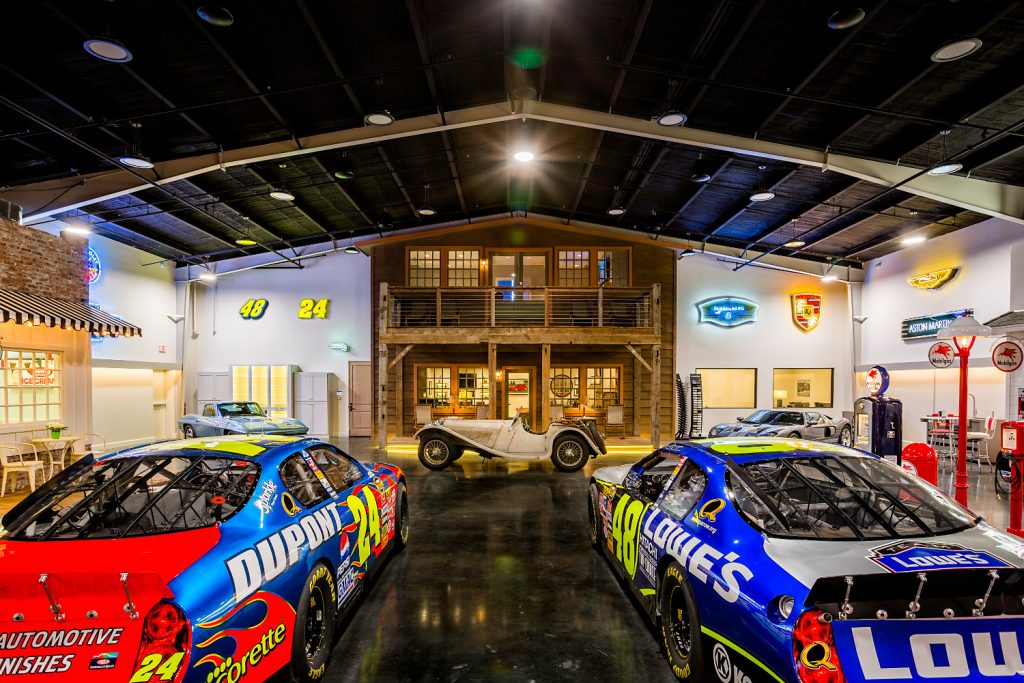 Be sure to watch for more Home of the Year winners in the upcoming weeks. And if you missed last year’s winners, check this out.

Constructed as a separate wing of the 27,000-square-foot house, the area goes from zero to sixty in seconds. The only need only tap a button any of seven sleek Lutron Palladiom keypads positioned throughout the room to activate the lights, music system, video projector, and adjust the thermostat.

The settings of these systems vary depending on which keypad button is pressed, so that the atmosphere is perfect for any number of activities. “Event,” for example, commands the Epson video projector to lower its hiding place above the ceiling, each of six TVs (two are 75 inches; the rest are 65 inches) to activate and tune to preselected sports channel (without audio), 100 loads of lights to illuminate the entire area, seven Lutron motorized shades to lower, and music from an Autonomic music server to spill through more than two dozen MSE Audio SoundTube and Bowers & Wilkins speakers. The SoundTube speakers hang like pendant lights from the ceiling; the B&W speakers are mounted flush into the ceiling.

A 160-inch Zero Gravity Slate screen from Screen Innovations displays images from the Epson projector; the owners use a Savant app on their iPads and iPhones to select video from one of several cable boxes, 4K Apple TV, Kaleidescape movie server, or a presentation from laptop. “Fundraisers are often held here, so presenters can plug their laptops right into the projector system,” Sullivan says. They can quickly interrupt the music, and instruct audio from the laptop (or any of the seven TVs) to broadcast through the speakers instead. 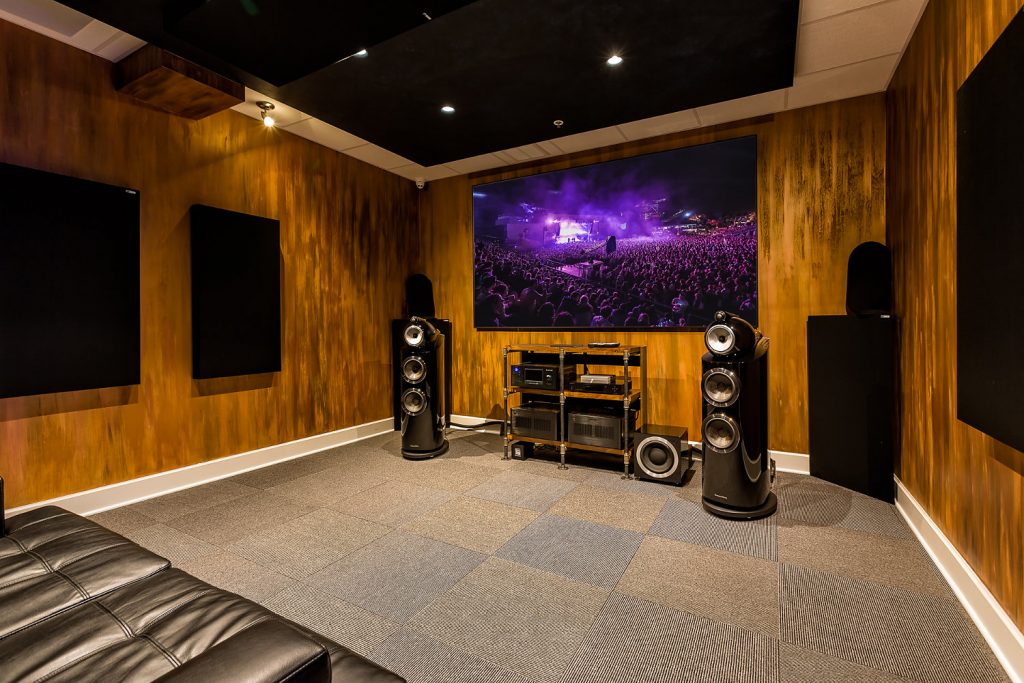 Another favorite scene, called “Presentation,” switches everyone’s focus to the owner’s car collection, which includes Jaguars, Ferraris, Aston Martins, and a few NASCAR race cars. Upon engaging this scene—either from a Lutron keypad or Savant mobile app—30 light switches brighten and dim connected fixtures to highlight the key features of each car.

The car collection is the focal point of this expansive space, but there are other goodies that eat up the real estate, as well. Also under the supervision of the Savant control system are a 1950s-style diner, candy and ice cream shop, and media room. After admiring the owner’s prized possessions, guests can grab a snack or catch a movie. When the evening draws to a close, the owner just taps an “Away” button to switch off every light and A/V component. At the same time, the security system goes into high alert, ensuring this uniquely designed and automated area is well protected.