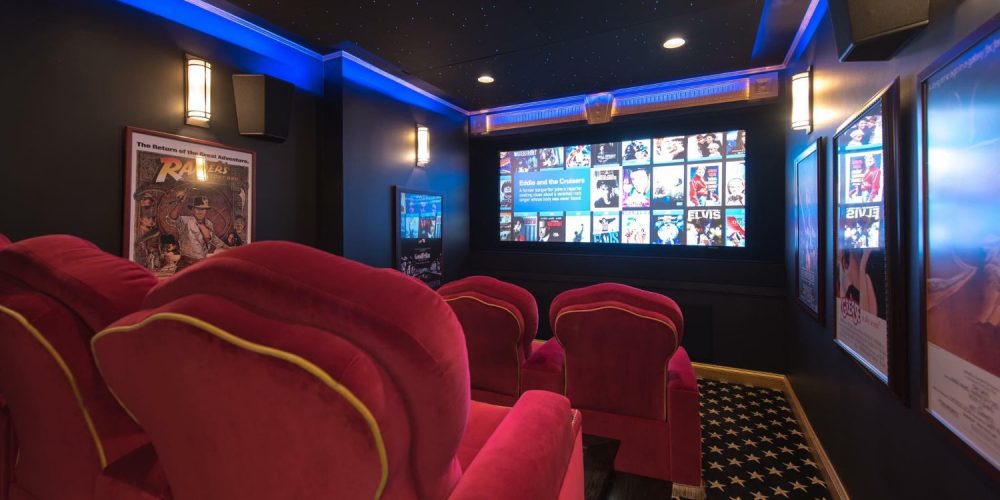 Just as you would sip and savor a fine wine, the technology integrated into this 7,800-square-foot home was added gradually, one piece at a time. It was an approach that allowed homeowner Michael Falcone to stretch his imagination and budget over the course of three years, starting with the installation of a robust home network and culminating with the design and integration of a stellar $200,000 home theater in what was originally created to function as an exercise room.

Hired to manage the three-year tech overhaul of the spec home built by Dumont Homes, of Powhatan, Va., was Livewire, of Richmond, Va. As company president Henry Clifford explains, this would not be a project that simply involved swapping old gear for newer models. The team at Livewire would need to tie together the technologies that were already in place—pieces and parts that at least two different home systems companies had set up for the homeowner over the years.

In order for the integration of these diverse systems to work, the Livewire technicians would first need to beef up the home’s existing network to handle the wiring and communications needs of both the existing and the new smart home additions. “The home had been working in ‘silos,’” says Clifford. There were systems in place (whole-house audio, whole-house video, media rooms) that worked independent of each other, but nothing was able to talk back and forth with each other.”

While a house can function in this fashion just fine, tying everything together under a central home control system unifies and streamlines the management of a household. Clifford chose an Elan g! system as the home’s overarching control system. To ensure that the products integrated under the Elan g! platform would communicate seamlessly, he added an enterprise-grade wireless networking system from Ruckus.

The house had been prewired previously with Category 6 cabling, so the wired network within the walls of the house was able to support the distribution of audio and video content housewide to multiple TVs and speakers. It would also be able to handle the additional TVs and 4K components that Livewire would add. The home’s existing wireless Wi-Fi network, however, wasn’t up for the task of reliably transmitting commands to audio and video equipment, surveillance cameras, thermostats, and lights from the Elan g! control app on the homeowner’s mobile devices. The Ruckus networking equipment remedied this issue, creating a smooth, fast, reliable communications highway free of traffic jams.

As an added benefit, the Ruckus network would enable Livewire to remotely access the Elan g! system from anywhere in the world. “If something ever goes wrong, we can diagnose the problem and fix it remotely,” Clifford says. It’s a service that saves the homeowner time and money in the long run.

After the Ruckus network and Elan g! system were firmly in place, only then did Livewire turn its attention to the home theater. Here, the team faced a similar situation as it had with the rest of the house. Previous home systems companies had accoutered the renovated exercise room with a collection of A/V gear. The video projector, screen, and surround-sound system that were in place worked well, but the homeowner wanted a serious refresh. “The existing home theater system was beginning to show its age,” Clifford says.

So into the space went come of the newest, most advanced gear at the time, including a JVC BLU-Escent 4K projector, 110-inch Screen Innovations Black Diamond screen, and a surround-sound setup of Snell speakers and Arcam A/V receiver. Livewire provided the homeowner with plenty of variety in terms of video content, tucking into an equipment closet a Kaleidescape 4K media player, Autonomic media server, Oppo Digital Blu-Ray Disc player, and multiple streaming devices including an Apple TV, Roku, and Amazon Fire TV. “Every stick of the technology has been completely turned over,” says Clifford.

The theater is topped off with a ticket booth, star ceiling, and LED lights tucked within the tray ceiling.

Gaming Action in a Custom Arcade

The home theater redo was remarkable, yet what Clifford the Falcone point to as the most noticeable update was the addition of an arcade. A lifelong dream of the homeowner, the arcade would be fashioned after his favorite hangout as a kid growing up in Long Island, N.Y., called “Time-Out.” An archway of LED lighting sets off the room from the nearby theater. The inside of the arcade stays quiet and dark, though, so that theater goers aren’t distracted while they enjoy a flick. 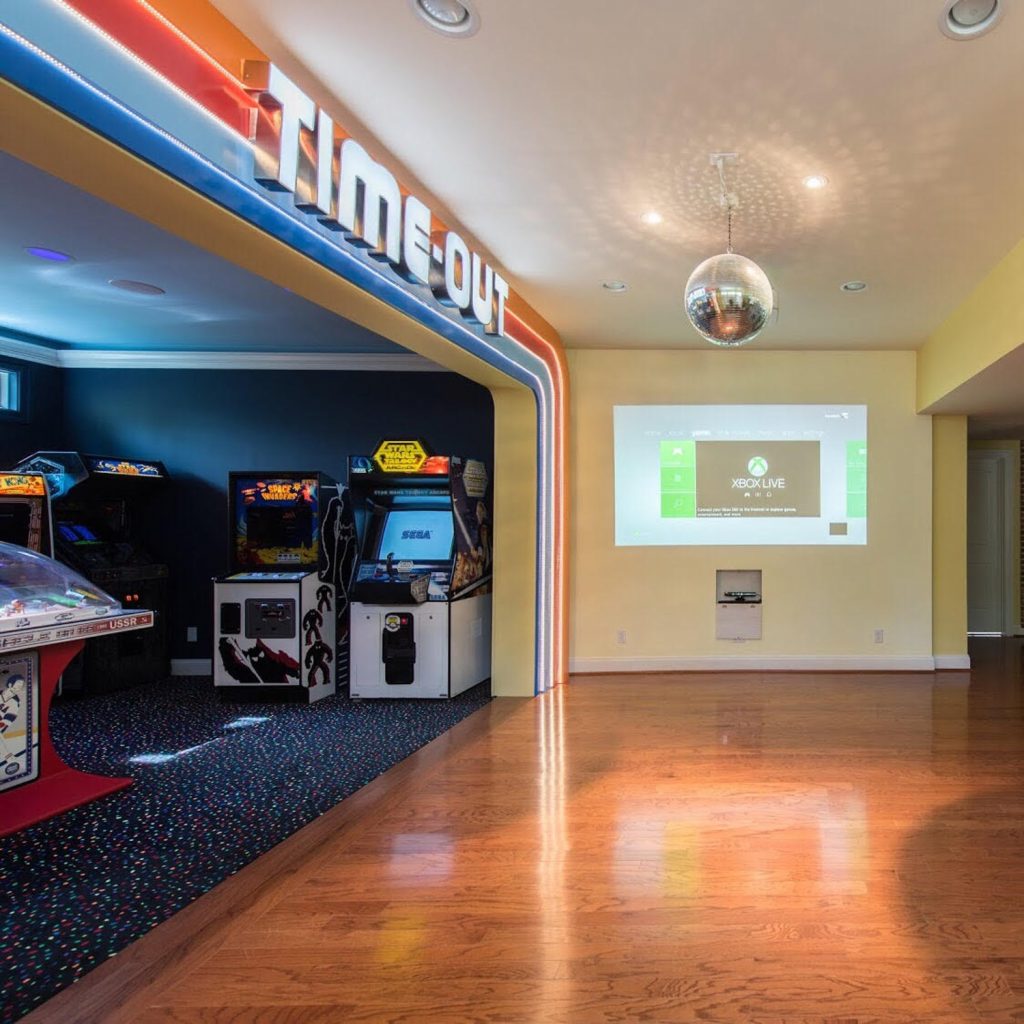 All it takes is a tap of the “Play” button on the Elan g!  mobile app to bring the arcade to life. Instantly, 13 arcade machines including Pac Man, Asteroids, and Galaga activate, LED lighting illuminates the space, and a hatch in the ceiling opens to reveal a disco ball and an Espon video projector, either of which can be turned on easily from the app. If the owner chooses to turn on the projector, video beams onto a wall covered with specialty “screen paint.” It’s another entertainment avenue of the homeowner that like all the other high-tech additions made to the house are tightly integrated and easily managed and controlled.

Entertainment Extends to the Outdoors

When a home has a robust wireless networking system, you can introduce technology to the outdoors and remain in complete control. Falcone did just that with the help of Livewire. Using the same Elan g! mobile app that manages multiple entertainment areas indoors, he can command two weather-hardy TVs from Runco and SunBriteTV, water features in and around the 18-by-40-foot swimming pool, and landscape lighting.

Awesome A/V equipment may be the eye candy of this home entertainment makeover, but it’s the technology that works behind the scenes that enables the gear to perform to its full potential. Before, the homeowner operated the bits and pieces of technology inside his home with multiple remotes. Now, from one mobile app on one smartphone he can kick start the home theater, the arcade, or direct video from the equipment room to other TVs in the house. And thanks to the robust network that Livewire installed, commands launched from the Elan g! system are never lost in transit, making this technology in the home not only visually and audibly impressive, but functionally reliable.