Last weekend New York electronics retailer Value Electronics hosted another of its widely followed TV shootouts (we can’t call it an HDTV shootout anymore, because most of the TVs were Ultra HD).

Every year Value Electronics assembles a panel of experts (professional reviewers, home theater calibrators) and high-level video enthusiasts to evaluate the best TVs of the year. Robert Zohn, owener of Value Electronics, selects the models from the most interesting and premium offerings from the top manufacturers. This year he enlisted the help of the industry’s best calibrators and other experts including Kevin Miller, DeWayne Davis, David Mackenzie, Joe Kane and Dr. Larry Weber, to set up the TVs and provide some context to the audience.

The TV lineup was particularly interesting for the 2014 event. For one thing, it’s the year when we all know that plasma technology is dead, even though there was one plasma in the competition, a Samsung 2013 model (PN64F8500) carried over from last year. In previous years, plasma, particularly those by Panasonic and Samsung, have been favored by many of the expert reviewers in attendance. The Sharp Elite LED LCD TV also did very well in previous shootouts (here are articles from the 2013 and 2012 shootouts).

FREE GUIDE: What to Look for in a New Smart TV

This year there were five 4K Ultra HD TVs, all LED LCD models. The biggest was the 105-inch 21:9 aspect ratio Samsung UN105S9W. In fact all the 4K TVs were big ones (the smallest was a 78-inch Samsung), which drives home the importance of size when considering a 4K TV. You can see the list of all participating TVs below. 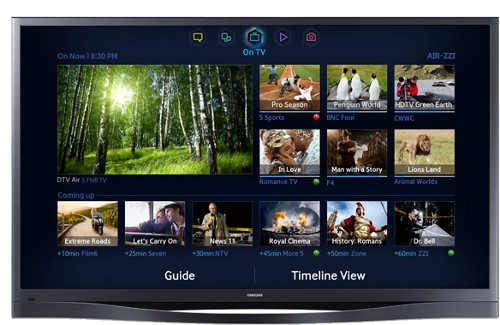 This Samsung was the only plasma TV in the shootout, and it tied with the LG OLED.

What’s striking however (though unsurprising to many people) is that the 1080p TVs dominated the day. After viewing a number of test patterns and content footage, the score cards were filled in, collected and tallied, and the winners declared: a tie. Well, sort of a three-way tie, depending on how you look at it. 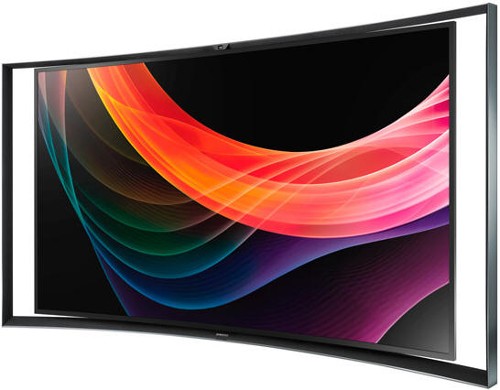 Calibrators picked this Samsung OLED KN55S9 as their favorite.

Zohn noted on the Value Electronics Facebook page that while the Samsung plasma had the highest overall score, the LG OLED scored higher in more important areas, thus he declared a tie.

The two OLEDs beat everything else in black level and contrast level, which is a benefit of that technology. The plasma beat all the other TVs in motion resolution and color accuracy. It’s interesting to note (see the scorecard image below) that all three 1080p TVs, including the year-old plasma (which will be discontinued by the end of this year) swamped all the more expensive Ultra HD TVs.

So what conclusions can we draw from this (I didn’t attend this year, so I didn’t see the TVs in action myself)? First, the loss of plasma technology (Panasonic already stopped making plasma TVs; Samsung announced it will do so this year, and LG is expected to follow) is a big blow to video enthusiasts. Plasma TVs have consistently produced better pictures for less money than LCD TVs. The bright spot is that OLED TVs appear to be delivering on that technology’s promise in creating excellent black levels. So what about 4K? The results of this event emphasize that picture quality isn’t all about, or even mostly about, resolution. 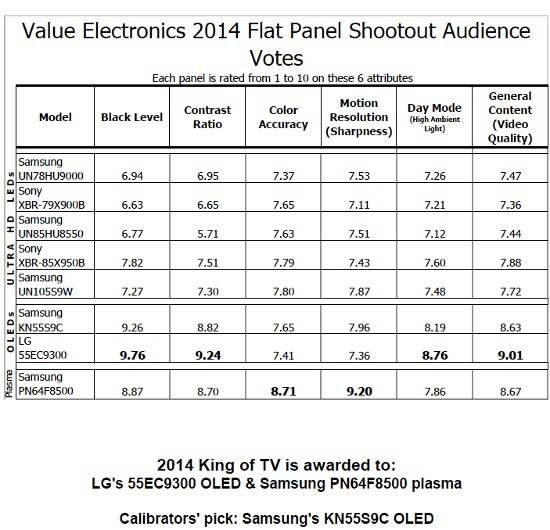 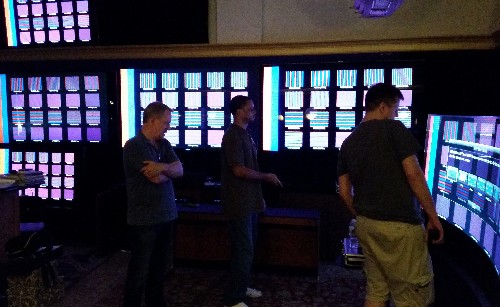