There’s a new toilet TV show coming to cable. The Destination America channel, which offers such contemporary classics as Hillbilly Blood, Unsealed Alien Files and United States of Bacon (which proves that everything is better with bacon), is about to launch its next hit, King of Thrones (not to be confused with Game of Thrones, of course).

King of Thrones will use reality TV’s typical combination of duct tape, ingenuity and panic to create impressive bathrooms the owners will never want to leave. The show follows Minnesota remodelers Jeff Hoxie and Dave Koob of Hoxie Homes and Remodeling. The remodeling team will tackle such challenges as creating a Vegas-style washroom, a port-a-palace for an ice fisherman who doesn’t want to sacrifice comfort to catch some winter perch and a creative project to beat the odor from a multi-generational privy.

Included in these dream latrines are presumably such high-tech touches as iPod docks, flat panel TVs and heated personal wipes (I’m guessing here). Viewers will probably also be treated to some extreme toilets (like this one, with Bluetooth) and above the bowl designs.

So why am I telling you about this? It’s not because I’m a huge fan of bathrooms or reality shows. It’s because if there’s room on the reality TV roulette wheel for a show about extreme bathrooms, then why isn’t there a program dedicated to awesome home theaters and automation systems?

Sure there have been some shows that include those features, Man Caves (which places as much emphasis on foosball tables as surround speakers), The Vanilla Ice Project (which was more about Vanilla Ice) and Extreme Home Makeover (which sometimes included tech features), but there’s never been a show, at least that I know of, that focused completely on the advanced audio/video and control systems that this industry offers. Why not? These things are certainly more awesome than another episode of Guy Fieri slobbering all over a bison burger.

The custom electronics business is at the heart of the most fun parts of a house. Home theater, whole-house music systems, genius automation, extreme outdoor entertainment systems… These are things that get the oohs and aahs when guests walk through. They’re also the kinds of systems and installations that homeowner actually want in their own homes, rather than Beanie Baby-fetish bathrooms.

The most awesome homes are Electronic House Home of the Year Homes.

Take this home, for example. A TV rises out of the floor in the bedroom at the touch of a button while the curtains automatically close at the same time. Or this stunning outdoor system that combines a large theater screen with colored LED accent lights and a waterfall, all suspended over a swimming pool. What about this room, a home theater that features a 10,000 Watt custom-built subwoofer in a house with an automation system designed to give its owner, who gets around in a wheel chair, more independence?

Or check out this place, that has everything.

But what if you want something more practical. A bathroom, after all is very practical. Then check out this home control installation. 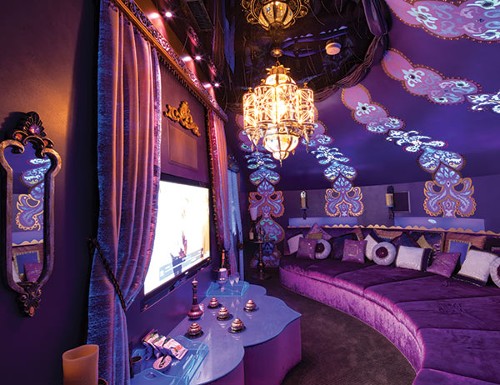 Is the lack of home electronics reality shows a personality problem? Do we need a Honey BooBoo or a Mike Rowe to be our spokesperson?

In truth, one of the reasons you don’t see more of our industry on programming like this is because home electronics professionals take their work seriously. That takes time, usually a lot more time than a reality show allows. On Extreme Home Makeovers and similar programs, seemingly large projects are finished in a matter of days, often with the help of volunteers who have little-to-no experience doing that kind of work. Corners are cut, sacrifices made, and in the end you worry a little that the new roof will leak or the gas fireplace may burn the house down.

So here’ my pitch to America’s Destination Channel, TLC, HGTV DIY Network or whoever: Let’s make a program that will show off the best of what’s possible, the coolest tech with the most wow, but done with the level of professional care and attention that gives homeowners and viewers confidence. I’ll find you the top installers and designers, as well as the homes that will make viewers clear their DVRs for new episodes. Let’s also not insult the intelligence of the viewer by making the show about the gags and artificially-scripted arguments. 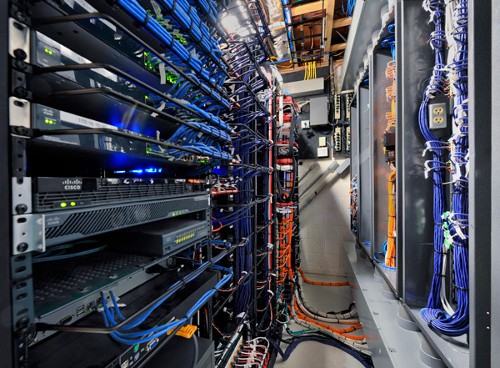 You don’t see this kind of thing on reality shows because a true tech house takes more wiring, programming and hard work than a TV program can show in 30 minutes.

So readers, what should we call this new show? Electronic House TV has a nice ring to it… but maybe not. How about Real Tech Homes? I’ll leave that to the people who know about these things. Anyway, if you agree that a program like this is more important to you than the Ultimate Potty or Swamp Guys Who Shoot Stuff, then forward this article to your cable company, favorite TV network, production company or anyone who matters. Be heard!