Since the late 1970s, the British A/V company Meridian has been a pioneering force in the areas of digital audio and industrial design. The company has evolved its product line from traditional two-channel into modern cutting-edge, high-resolution digital audio, surround sound and 4K video.

Among the company’s most well-known audio technologies is Meridian Lossless Packing (MLP), which is a lossless compression solution at the heart of the DVD-Audio format. Recently, Dolby Laboratories included the company’s Meridian Apodizing Filter in its TrueHD Encoder for Blu-ray disc under the “Advanced 96k Upsampling” name.

Closer to home, Meridian’s theater products include the flagship 800 Series products, as well as its more affordable G Series of products. When these electronics are set up with Meridian’s active DSP Series loudspeakers, you get state-of-the-art digital theater and video systems that incorporate an upgrade path for its server-based digital audio systems.

For this review, Meridian sent me a slew of components so I could test-drive an entire system. Included were a G61R Surround Controller, an HD621 HDMI Audio Processor, an Audio Core 200; two pairs of DSP3200 active loudspeakers, a DSP3300 LCR speaker, a DSW DSP Subwoofer, a Media Core 200 and Meridian SpeakerLink cables. I downloaded the Meridian Core Control App for control and management of the Audio Core 200 and Media Core 200. Into this system Meridian incorporates all of today’s popular surround formats from Dolby and DTS, as well as its own processing technologies, such as its Tri-Field processing. The system works with 1.4 HDMI and includes enough inputs and outputs to satisfy the most extensive home A/V applications. Other notable features include active, DSP-controlled speakers and room calibration options.

After assembling the speaker stands and looking through the manuals, I began installing the G61R, HD621, Media Core and 5.1 speaker system. For the most part the setup was easy. The speakers connect to the system in pairs as master and slave. From there I connected the 621 HDMI Audio Processor to the G61R Controller by running cables from the back of the 621 to the processor. On the back of the 621 there are outputs marked 1/2, 3/4 and 5/6, and those connect to the DVD MD inputs of the processor.

After some help from Meridian’s technical support staff, I was able to get into the setup menu to configure the speaker size, distance and crossover; I also configured and named the inputs for the 621. In total it took me a couple of hours to set up and fine-tune the system. 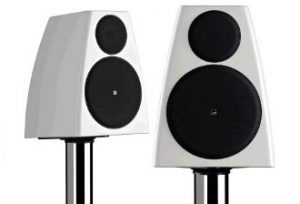 I spent a considerable amount of time with the Meridian gear, and the system is a joy to listen to—whether you’re a casual listener or a finicky audiophile. The combination of the G61R and Meridian DSP speakers were smooth from their lowest frequency capabilities up through the midrange and on through the top end. Audiophiles will appreciate the fine detail of its mid-bass, its balanced midrange and full and extended treble. The system images very tightly with surround content and two-channel music, and it doesn’t assault a listener with an aggressive, in-your-face presence.

On broadcast content such as Boston Bruins hockey games and shows like Grimm, the DSP3300 reproduced dialogue with a sharp focus. With music content like Boston’s self-titled debut album on 180-gram vinyl, songs like “Hitch a Ride” were extremely airy on the top end with a wide soundstage and a clearly delineated image that really locked into the harmonized guitar parts.

About the only thing people will wish for with this system is more powerful, deeper bass. On movies like Unstoppable I felt the bass was fast and smooth, but the sub didn’t give me quite the extension or impact I’ve seen from models like Velodyne’s DD-12 or JL Audio’s F112. 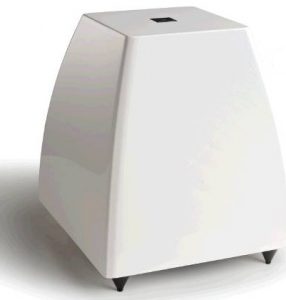 Meridian is one of the few companies in consumer audio with a legitimate history of delivering game-changing technologies on a regular basis. When that legacy is combined with its sleek and graceful industrial designs, it’s clear that Meridian can provide a turnkey product line that meets the requirements of diehard audio fanatics and elite Park Avenue residents.

CONS
In a larger room, Meridian’s DSP5200 speaker would be a better choice than the DSP3200 for its increased dynamic capabilities The G61R remote control is big, awkward and cluttered with buttons The DSW DSP subwoofer lacks in the production of low-end, thunderous thump