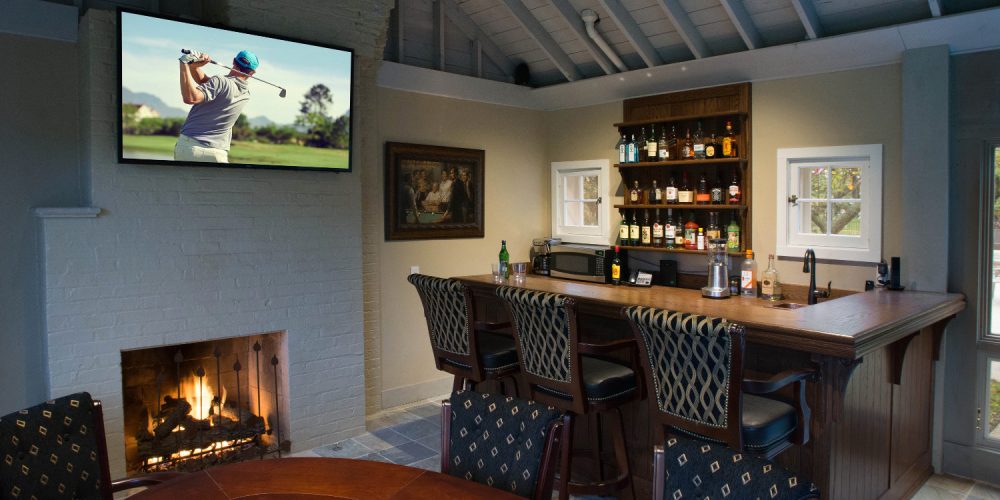 There’s something very appealing about an American country house.

Maybe it’s the spaciousness, the comfort, the down-to-earth charm of many of these homes. Such was the case with the gracious country mansion that entrepreneur Patrick O’Rahilly and his then-fiancée Cathy passed every time they played golf on the outskirts of St. Charles, Ill., a far western suburb of Chicago.

“We had seen the house many times and remarked how we’d like to own it,” Pat recalls. About 18 months ago, he got a text from its owner, who was ready to sell. Cathy and Pat walked through it with the owner. “We knew within 20 minutes that we had to have it,” Pat says. 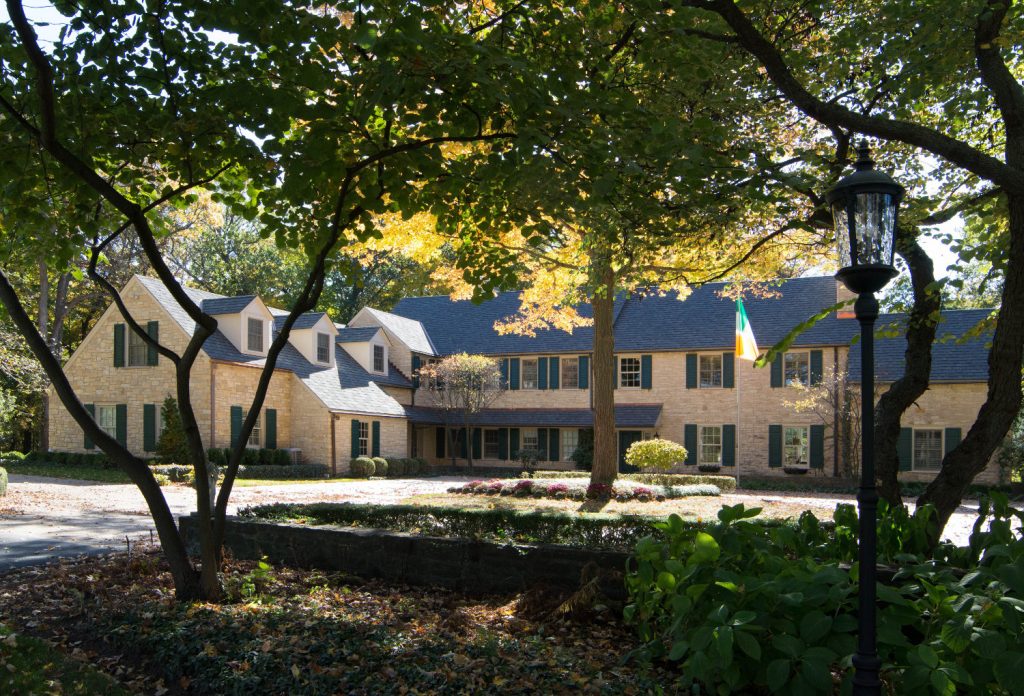 Still, an 80-year-old home has its challenges, from out-of-date electric to a lack of security to the many layers of paint on the windows. This one had two more issues: the current owners needed to stay until the end of December, and Pat and Cathy were planning to marry in the fall. “We knew it had to be finished by August 1, so we could hold the reception there,” he says.

It helped that Pat had built custom homes twice before. He knew he wanted a Savant smart home automation system, centralized lighting control, a top-of-the-line home theater, a large and well-equipped fitness room, and space for the combined family’s six grown children to stay over. It helped too, that he was used to managing big projects. The firm he had founded, Aspen Marketing Services, grew to 1,200 employees under his leadership. 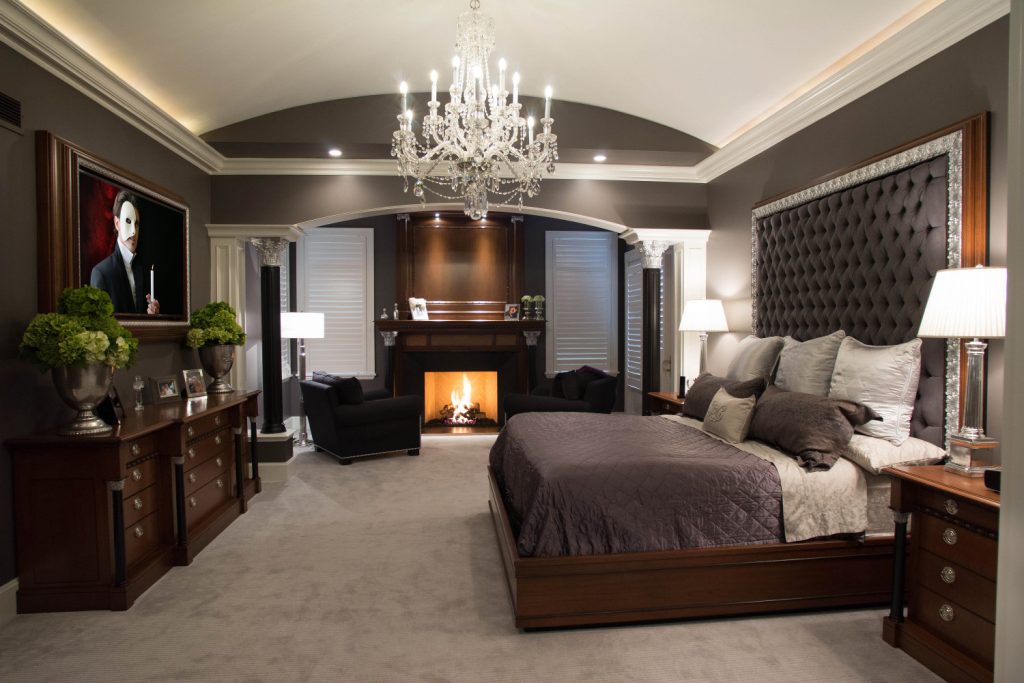 The Cape Cod-style home was originally built by John McWilliams Stone, Sr., the inventor of the first portable radio and the first clock radio, and the founder of Dukane Corporation, once one of the world’s largest manufacturers of loudspeakers. Completed in 1938, the spacious home included eight bedrooms, an outdoor swimming pool, and 9.38 acres of property.

“Our idea was to keep the feel of a mature home, but with the convenience of a newer residence,” Pat says. The team, including general contractor Didier Custom Homes, almost completely remodeled the property, but they succeeded admirably in preserving the ambiance of the original mansion. 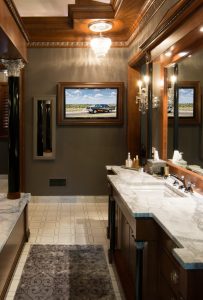 To make this possible, Didier tore off an attached three-car garage and built an addition with a four-car garage, a first-floor master bedroom suite, guest rooms above them, and a fitness center below. The team replaced the windows and doors and added a fiber-optic cable infrastructure, but they did not gut the home, keeping most of the hardwood flooring, plaster, and fireplaces. “I was amazed by MediaTech’s ability to navigate the old construction,” Pat says. “They pulled miles of cable, but they didn’t have to destroy our walls.”

The speed of the project was one of its biggest challenges. “There were times we had 50 to 70 people here at one time,” Pat recalls. “That was one of the reasons I hired MediaTech. I explained how the project was going to work but they took it in stride…They were large enough to handle the job and had experience with many, many projects of this kind.”

Dan Daker, a MediaTech owner and project manager, says Pat was one of the most active and involved homeowners he’s ever worked with. “He, more than anyone else, made this dazzling home what it is today.” Daker says he appreciated the way Pat pushed the project along. “He was demanding but nice about it. It was remarkable how he kept everyone on schedule without causing any resentment.” 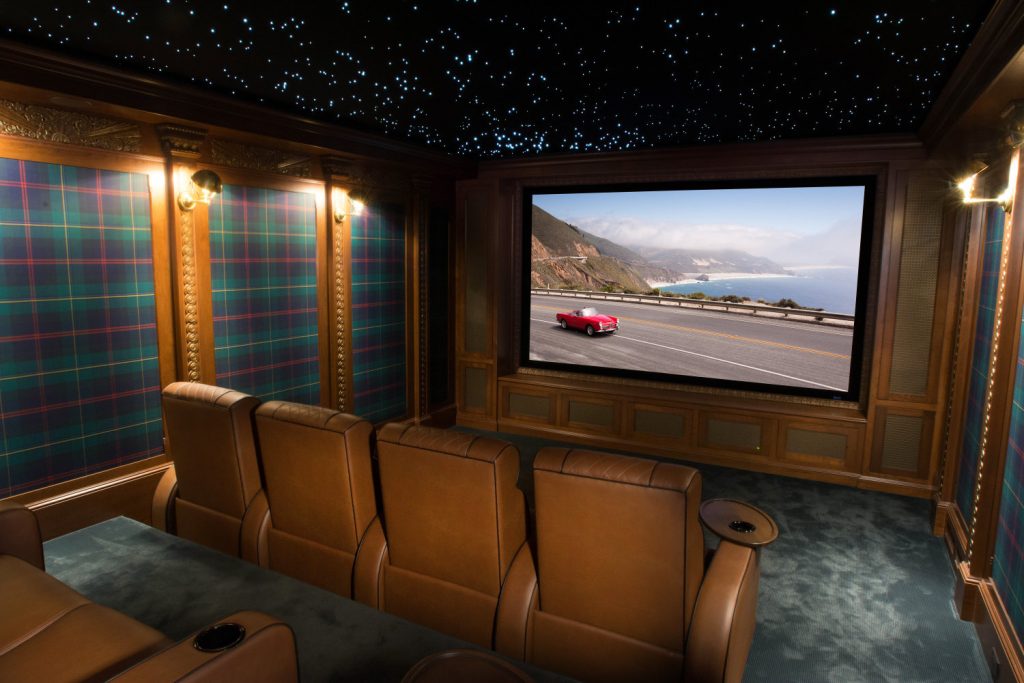 Among the home’s most appealing features is a beautiful home theater with a 4K Sony projector, Elite leather seating, Bowers and Wilkins 7.2 surround systems, and an adjoining wood-paneled pub with Sonance speakers and a 55-inch Samsung 4K TV. “We wanted a place where we could watch movies and games in the highest resolution,” Pat says. There’s also a game room with two 60 inch 4K TVs, an office with his and hers desks, a 60 inch TV and audio, and an in-house salon and barbershop.

The Didier team kept the original living room and dining room intact, restoring the floors and plaster work while MediaTech installed invisible speakers in the walls.

They kept the master bedroom and bath in the original style, yet up-to-date features include his and hers vanities, a whirlpool bath and separate shower, walk-in closets, gas fireplace, 4K video and surround sound. 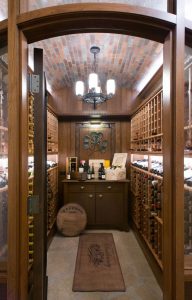 A nice addition is a climate-controlled wine room adjoining the kitchen. “We both love fine wines—not as an investment, but to enjoy,” Pat explains. 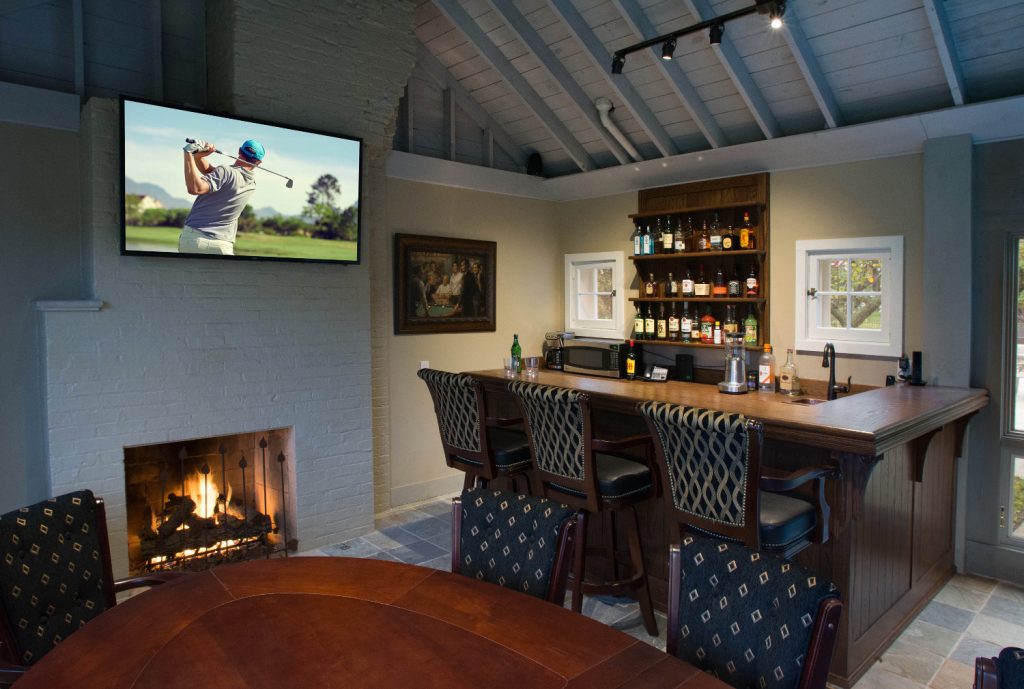 “One of the things we loved about the original property,” he adds, “was the fact that the pool is far enough away from the main house that it’s almost a separate site. It’s like a vacation home right on your property.” The team rebuilt the pool and added a hot tub, then remodeled the pool house into a ‘man cave’ where Pat can play poker with his friends.

The technology adds immensely to the home’s appeal. “The Wi-Fi setup by MediaTech is excellent,” Pat says. “We have 22 TVs counting the pool house, music throughout the property, and the ability to access Apple TV, cable and DirecTV from simple, hand-held Savant remotes.” In addition, the family can control all of the media, lighting and security using their iPads and iPhones.

“MediaTech has really been excellent. We were very pleased with their responsiveness and their hands-on approach, with the owners personally involved throughout the project,” he adds.

The house has proven to be a wonderful place to live and to entertain. The O’Rahillys held their wedding reception on the property, with more than 300 friends and family members attending. “We had dinner in a tent, but opened up the home to our guests.” So far the large family has held gatherings at Thanksgiving and Christmas, with more planned in the spring and summer.

“From the start, we worked together to plan out exactly what we wanted and how the project would go,” Pat says. “It has worked out wonderfully – no, that’s not saying enough. It’s perfect.”