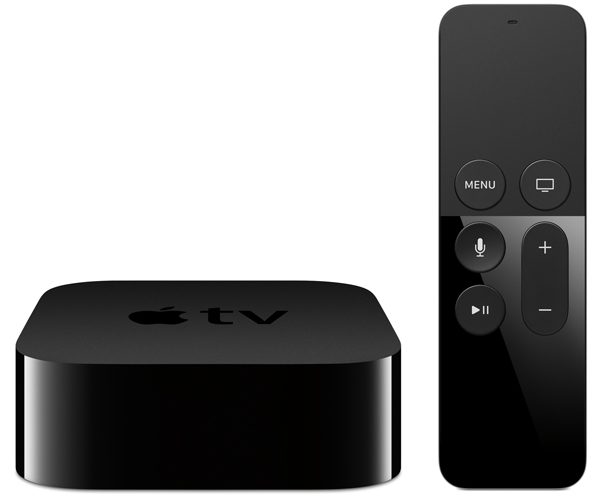 As if you needed more reasons to yell at the TV; Siri is going to be part of the new Apple TV.

The all-new Apple TV will include all of the apps you enjoyed on the old Apple TV. However, the new model allows you to navigate through those selections with the sound of your voice and the Siri Remote. This system uses Apple’s popular voice assistant to search TV shows and movies across iTunes and popular apps, by title, genre, cast, crew, rating or popularity. All you have to say is “Show me Game of Thrones” or “Find me movies with Brad Pitt.” Siri can even put sports, stock and weather information right on the screen.

Besides the voice capabilities, the remote includes a glass touch surface, a built-in accelerometer and a gyroscope, so you can select, scroll and navigate through content.

The compact set-top also features the new tvOS operating system, which is based on Apple’s iOS. That basically means that at some point, we should expect to see tons of new apps and games specifically designed for the Apple TV. Each one of those will be available through the new Apple TV App Store.

Other features include the new Apple-designed A8 chip, Metal technology for more detailed graphics, and a new Game Center.

“There has been so much innovation in entertainment and programming through iOS apps, we want to bring that same excitement to the television,” said Eddy Cue, Apple’s senior vice president of Internet Software and Services. “Apps make the TV experience even more compelling for viewers and we think apps represent the future of TV.”