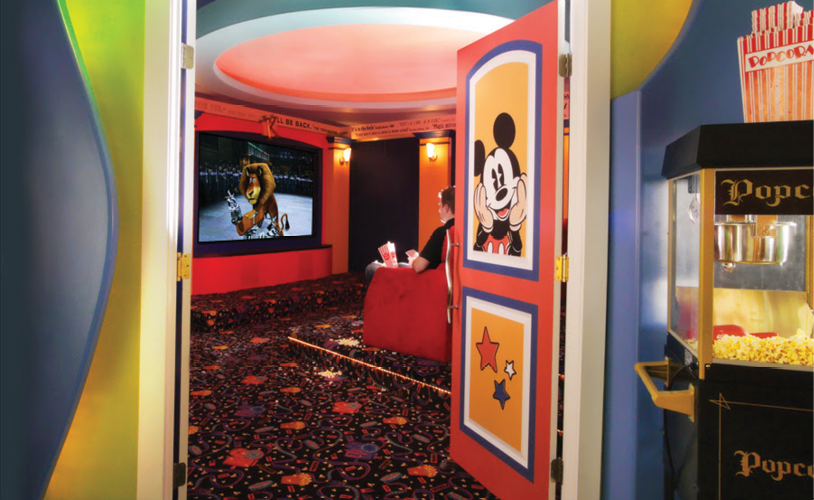 THE INTERIOR OF EVERY HOME follows a certain style, be it traditional, minimalistic, or contemporary.: It’s based on your personal tastes and preferences, and usually pervades every room of your house. A home theater is where your chosen decorating scheme can take a breather. In a room dedicated to high-caliber entertainment, which is usually set apart from the rest of the house, you can depart from the norm and express a completely different attitude.

The owners of these five theaters embraced this stylistic opportunity, creating unique entertainment destinations packed with personality and A/V punch. You’ll see how one owner infused bits of Harley Davidson into his home theater, while another used color and texture to embody his spiritual side. There are two Disney-themed theaters, too, as well as a room that was fashioned after the owner’s favorite brand of audio equipment. As these five theaters prove so beautifully, anything goes when designing a room dedicated to your entertainment pursuits–as long as you’ve got the right equipment.