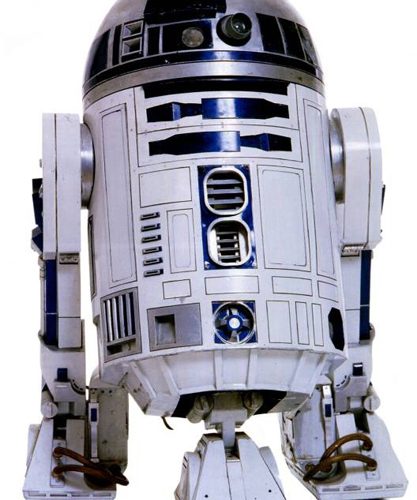 Star Wars not only changed the way we view movies, but it apparently also changed home theater design. It seemed like not long ago, in a galaxy pretty darn close, that we introduced our very first Star Wars-themed home theater. Since then, there have been other themed theaters. However, the force seems to be strong with this theme, with many websites covering many of these fantastic rooms over the years.

Now, with all of the teases coming out for Star Wars: The Force Awakens, it seemed like a perfect time to feature a few of our favorites with this popular home theater design.

After all, you shouldn’t have to wait until the upcoming film’s : release on December 18 : to enjoy a little something Star Wars-related. Instead, check out the four out-of-this-world rooms featured below, each with a Star Wars-themed home theater design.

Dillon Works
Super-fans Vic Wertz and Lisa Stevens pay homage to their dark lord and master each and every day, via this incredibly impressive and geeky home theater. The two actually hired Doug Chiang, the lead designer on Star Wars: Episode I – The Phantom Menace and Star Wars: Episode II – Attack of the Clones, to design the room, and really, it blows the real Death Star away. Dillon Works took care of the décor, which includes automatic doors, twinkling starfields, and life-sized statues of Han Solo (in carbonite, of course), C-3P0 and Boba Fett. Otherwise, the room also has three rows of CinemaTech seating, a Runco VX5C 3-chip DLP projector, Meridian speakers, a Stewart VeLux DeLux ST130 screen, and much more.

Orren Pickell Building
Like most Star Wars installments, these theaters take time. Orren Pickell Building took about two years to create the above sci-fi specimen for fans located in Mettawa, Illinois. It basically has more secrets than Skywalker Ranch, but we do know that F1 Audio, the project’s designer and installer, packed the room with leather seating for 12, 7.1 surround sound, a CineWide screen, and of course, a killer Star Wars theme.

Modern Home Systems
Laugh it up, fuzzball. This may look like a strange place to relax, but most Star Wars fans would be frothing over this dream room. Modern Home Systems packed the 20-by-14-foot space with a Runco DLP projector, a 107-inch Stewart Filmscreen display, Revel speakers, and two subwoofers. Everything comes together via Crestron, which runs throughout the rest of the house as well. However, this is where the magic happens—and a lot of that magic is thanks to Acoustic Innovations of Boca Raton, FL, who added in the life-size R2-D2 and C-3P0, the fiber-optic starfield on the ceiling, and the acoustical paneling that looks an awful lot like a spaceship.

Anonymous
Technically, this isn’t a home theater. However, this 16,326-square-foot Mediterranean estate has one of those and plenty of other amenities. Located in Carmel, Indiana, this place also has a bar with a Chicago Rush Street theme. As you can tell, that’s not what’s pictured above. This is actually a second bar area, complete with an ode to Star Wars. Besides enough amusements to entertain most of the galaxy, the room has plenty of sci-fi-inspired decor, including a life-sized Stormtrooper and a Darth Vader who will keep his evil eye on your pool game.