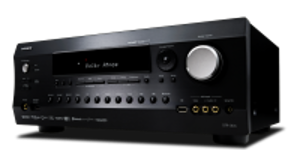 The big buzz in home theater audio is a relatively new type of “objected-oriented” system that enables sound effects from a movie to move seamlessly throughout the space–even overhead–to create a more realistic, engaging listening experience. During a scene that features a rainstorm, for example, the audio seemingly “rains” down from above. The extra height channels that make up these types of systems, which include Dolby Atmos, Auro 3-D, and DTS:X, provide an extra dimension of audio that might have you rethinking your home theater plans. Should you stick with a traditional surround-sound system? Should you invest in additional overhead speakers? Should you install these speakers now? Is there a way to upgrade to Atmos (or some other 3-D sound system) later, even after your home theater is finished?

According to Richard Juras, a home systems integrator at Mississauga, Ontario-based Pure Custom Integrations, preparing a home theater for Dolby Atmos needn’t be expensive or complicated. If you’re not ready to pepper the ceiling with speakers right now, you can add them later, as long as the appropriate wiring is in place. Exactly how much wire and the location of that wire will depend on how many extra speakers you want to add to create those overhead effects. You can plant upwards of a dozen speakers in the ceiling, but a more reasonable solution, says Juras, would be installing two additional speakers in the ceiling slightly in front of the seating area–a setup the might require just 30 extra feet of wire (depending on the configuration of your theater). These two speakers can join a standard 5.1 surround-sound system, making it a “5.1.2 system” (5 speakers in the front and back of the room, 1 subwoofer, and 2 speakers in the ceiling), for example. Or, they could be added to a 7.1 system to create a 7.1.2 or 5.1.4 arrangement.

If you’ve wired up your home theater in preparation for Dolby Atmos, installing those two in-ceiling speakers in a finished home theater is simple, says Juras. “We just cut out an opening for each speaker, connect the wire, and mount them–a job requires usually no longer than an hour. Of course, you’ll also need to buy a Dolby Atmos-enabled receiver. These are widely available; just make sure that the model you buy will support the number of audio channels/speakers you choose.