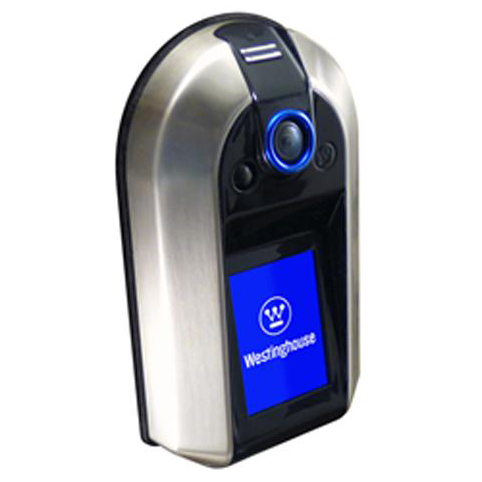 Update (8/25/2015): Westinghouse pulled its original plans to go the Kickstarter route. To get in on this campaign, check out Indiegogo.

Everyone hates keys. You lose them, you have a hard time extracting them from your pocket, and you never seem to draw the one that you need. That’s probably why smart locks are becoming such a popular security option.

The latest in the category is the Westinghouse Nucli, a WiFi-enabled deadbolt that goes beyond just opening and locking the door. It actually has an outdoor camera, which can send users images and real-time alerts through the smart lock’s iOS and Android apps. It even has speakers and microphones, so you can talk to visitors without opening the door—or actually being home.

Of course, like most other smart locks, the Nucli allows users to control doors and grant access to others from anywhere in the world. There’s even an option for virtual keys for sharing access with up to 50 users, so you can let in grandparents, friends, neighbors, and the baby-sitter.

Other Nucli features include a 170-degree field of view on the camera, accelerometers that will alert you when the door has been left open too long and when the door closes, fingerprint recognition, and PIN pad access. There’s even an option for visitors to leave voice messages and to have personal MP3s play as the doorbell tone.

Besides WiFi, Nucli smart locks also have Bluetooth and Z-Wave support, so they can be tied into other smart devices in the home.

Westinghouse Security just launched the Nucli through an Indiegogo campaign. The company hopes to generate a little buzz and snag a goal of $50,000 before shipping the goods out to all of the initial backers in November 2015. Early birds can secure the Nucli for $299, which is $100 off the expected retail price.